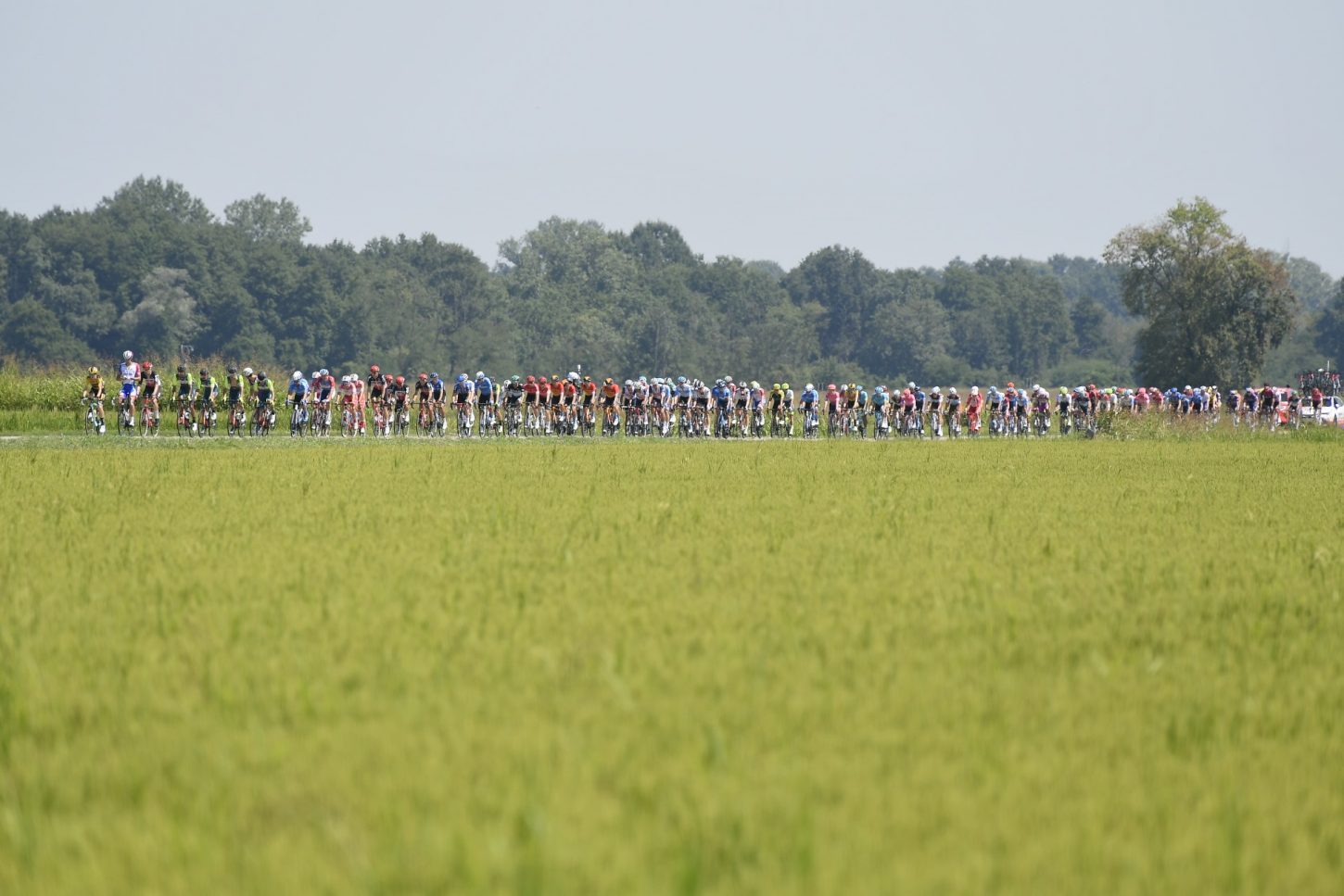 Indeed, Van Aert was the only rider to follow Alaphilippe’s attack over the final climb of the Poggio, catching his French rival along descent and leaving the duo to battle it out to the finish.

Van Aert lead out the sprint on the Via Roma, and despite Alaphilippe being posed to come around the Belgian rider, he simply ran out of road during the waning moments of the race.

The escape of the day included riders like Manuele Boaro (Astana), Damiano Cima (Gazprom Rusvelo) and Marco Frapporti (Vini Zabu-KTM), among others. However, with 35 kilometers to go, Boaro, the last of the escapees, was caught.

Loïc Vliegen (Circus-Wanty Gobert) and Jacopo Mosca (Trek-Segafredo) later attacked along the initial climb of the Cipressa, while subsequent attacks back in the peloton were all quickly neutralized.

The two escapees were eventually caught at the top of the Cipressa, with Bora-hansgrohe’s Daniel Oss launching an attack of his own along the descent, only to be reined in on the first slopes of the Poggio as Giulio Ciccone attacked.

“Actually, it didn’t happen. He went quite early and I had to close a little gap. I dropped again but there was nobody behind me, so I had no choice but to keep pushing and I was rewarded because I came back on the downhill.”

“Julian played it really well, he put me on the front, and I needed to keep a bit of speed because the bunch was coming back,” Van Aert added.

“It was hard to do the right pace and still keep something for the sprint but in the end it was enough, because it was only half a wheel.

“I’m super happy. I can’t believe I’ve taken these two victories in a row. I don’t have words actually. I know everyone says that when they win a Monument but to start the second part of the season like this… it’s crazy.”