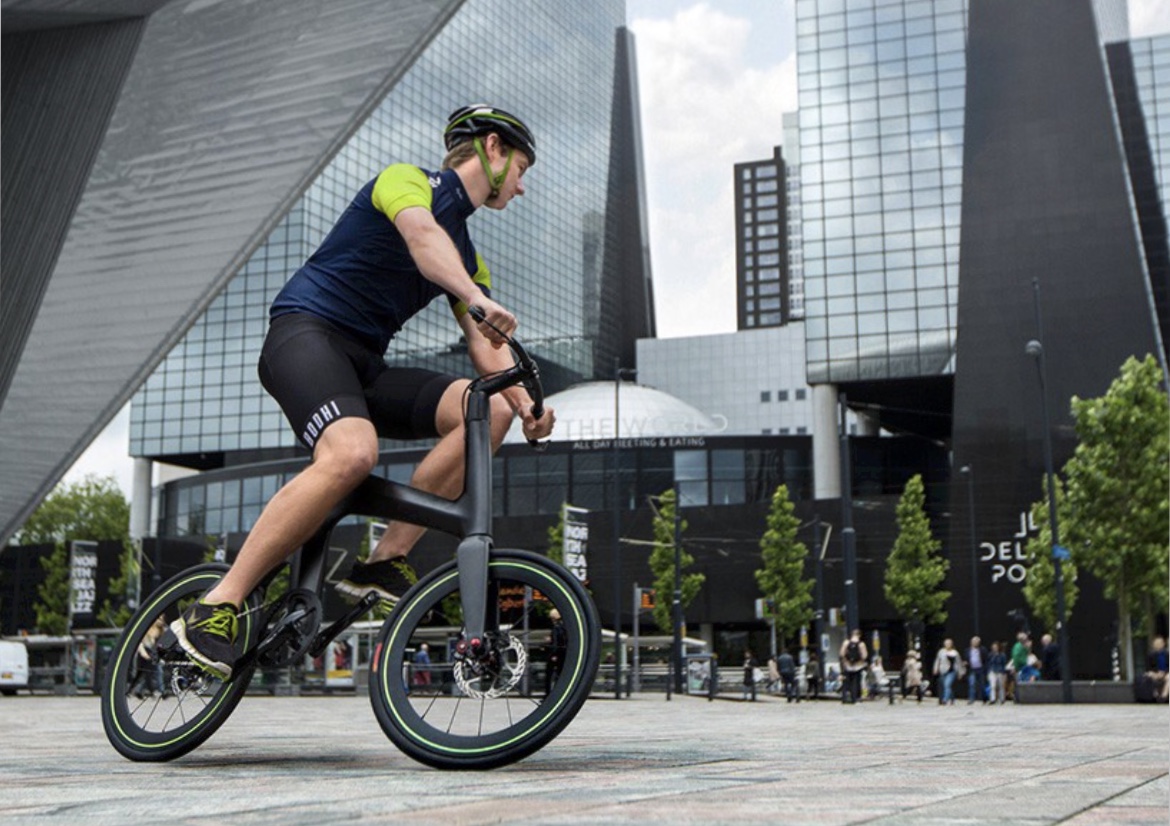 While there were many well-made compact bikes on the market at the time, Roelandt felt that most were uninspiring and flat-out “pretty ugly”.

As a result, the duo set about creating a bike that offered all of the virtues of a full-size bike, alongside the efficiency and mobility of a compact city cruiser, that exploited the latest in carbon fiber technology.

Following the visual design phase, 1:1 scale prototypes were conceived of wood. This followed with further prototyping, this time using 2D and 3D CAD development over a two year period, until the final version was reached. And, based on almost a century of combined bike engineering and design experience, the Minimal Bike was at last fully imagined.

Extolling the benefits of a road, mountain, city and commuter bike, the Minimal Bike represents the pinnacle of bike design for those seeking two-wheeled transportation that reflects beauty, technology and multi-functionality all in one.

The Minimal Bike’s distinctive three-pronged design conjures an almost claw like shape, as the frame, seat post, stem and handlebar flow as if they were carved from a solid block of carbon.

Alongside its unusual frame, the Minimal Bike features a wing-shaped handlebar with integrated brake levers, inside cable routing and unique hand-protecting “wing tips”.

Additionally, to complete the minimalist design, all of the Minimal Bike’s hardware along the head-tube, seat-tube and cable routing have been hidden in the frame.

The preliminary model of the Minimal Bike relies upon a traditional chain-driven 1X groupset, along with disc brakes.

The designers have currently taken up a crowdfunding campaign on Kick Starter in order to raise enough money to get the Minimal Bike into full production.

You can learn more about their campaign and incentives for early backers here.