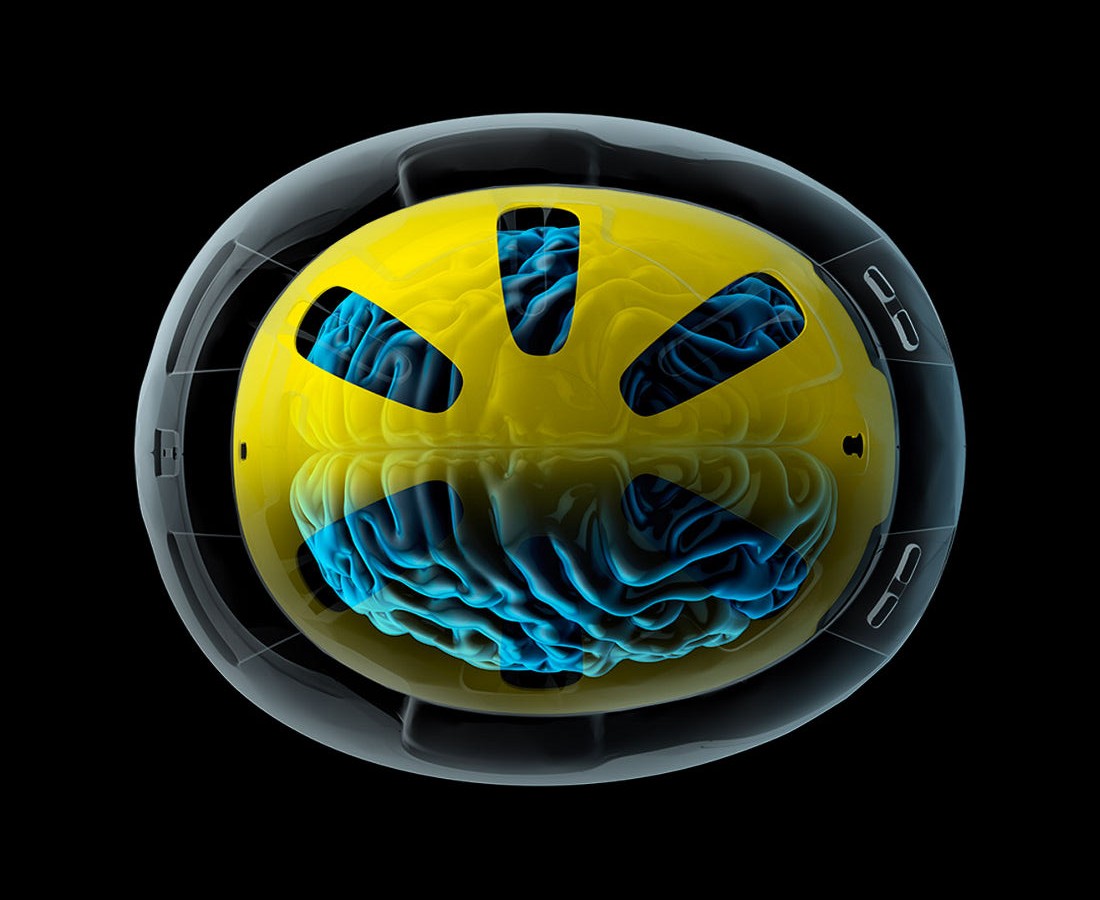 While MIPS’ origin dates back to 1995, when Swedish neurosurgeon Hans Von Holst began evaluating helmets and studying head trauma, it’s only in recent years that the multi-directional impact protection system has become a buzz word in the bike industry.

Johan Thiel, CEO of the Swedish company, said he’s seen growth of nearly 300 percent last year and is on target for 100 percent growth this year. Currently there are 140 bike helmets that are equipped with a MIPS layer that allow a helmet to absorb more of the rotational forces during an impact. And another 90 models are launching here at Eurobike.

POC was the first brand to use MIPS, but now it’s found on helmets from Specialized, Bontrager, Bell, Giro, Fox, Lazer, Scott and Smith, to name a few. Some 58 brands have MIPS helmets in their lines, up from 44 last year. And the company is now working more closely with suppliers through their product development cycles.

Two years ago, MIPS was retrofitting existing helmets while now it works with R&D teams early on in the process of developing a new model.

Thiel said recent news and research surrounding concussions and brain injuries in the sports of hockey and football helped give it a boost in the marketplace.

MIPS mimics the function of the cerebral spinal fluid in the human head and adds a second layer of protection. MIPS uses a low-friction layer that, at the point of an angled impact, creates a relative motion between the helmet and the head. This helps to redirect the rotational energies away from the brain to lower the strain in the brain tissue during the first critical milliseconds of an impact.

At Eurobike, MIPS has a visible and sizable booth and signage.

North America represents its fastest-growing market. The company, based in Stockholm, employs 20 at its headquarters and another five in China, where it manufactures its protection layers.

Now that helmet makers are embracing it, MIPS is putting a bigger focus on ingredient marketing directly to consumers. It has displays that show how the layer moves within a helmet during impact and these displays are being installed at various retailers to educate buyers on the advantages of paying a premium for a MIPS helmet.

The bike industry remains its largest market, but the company is also making inroads into moto, ski and equestrian industries. And team sports are looking into the technology as well.