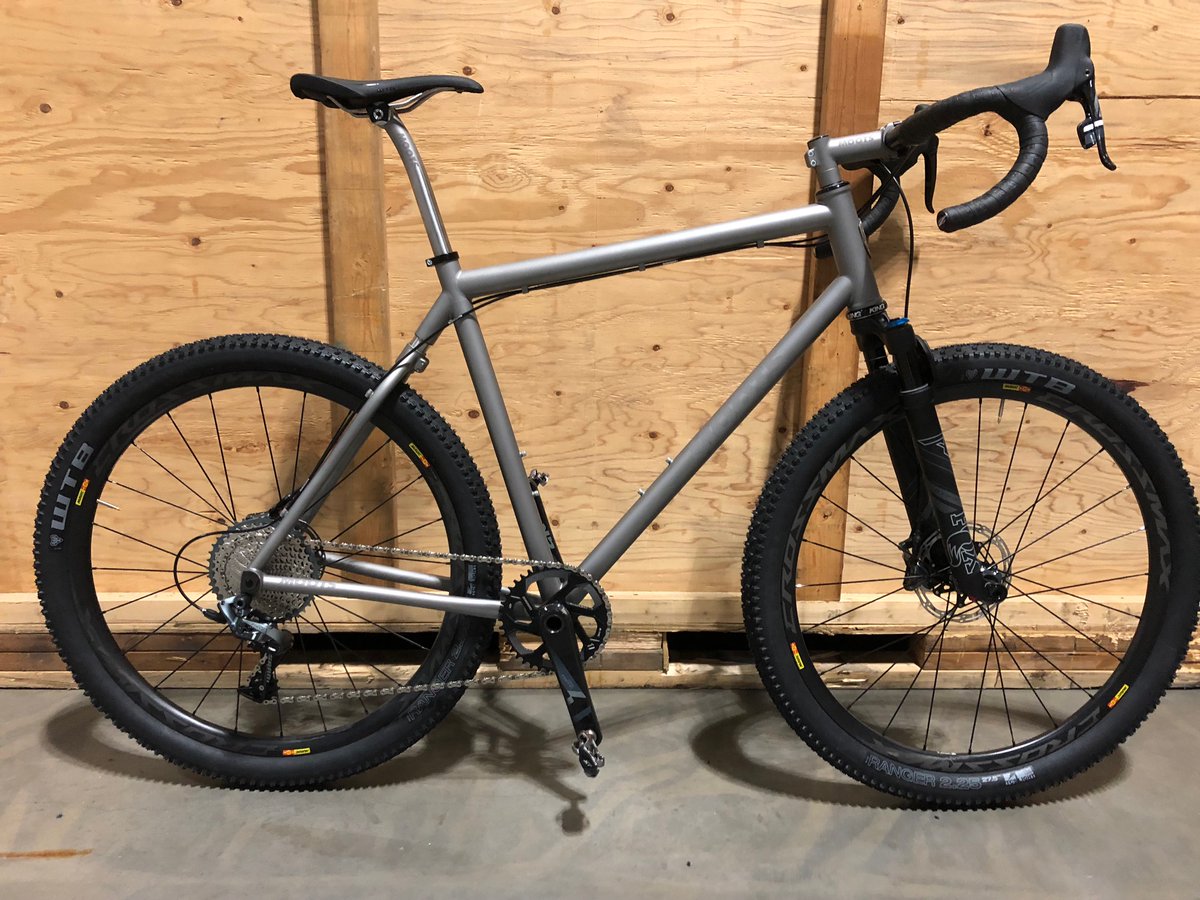 20 Feb 2018
By Campionissimo - In LATEST ARTICLES, THE DOUBLE DIAMOND

In the days leading up to this year’s North American Handmade Bicycle Show (NAHBS) in Hartford, Connecticut, Moots teased us with some spurious details about a new softail gravel bike that was in the works, vowing to unveil it at the show.

That vernisage took place last Friday, when the show first opened its door for the media only, allowing us to get aquatinted with the exhibitors before the deluge of spectators were given entrance. Not surprisingly, one of the first booths that we visited was Moots in order to get a first-hand glimpse at this skunkworks gravel grinder.

The prototype borrows heavily from Moots’ current road plus Routt model, but with the addition of the company’s MTB softail posterior and YBB suspension system.

For those unfamiliar with Moots’ YBB system, its comprises a small spring that’s concealed inside the top of the wishbone seatstay that provides a small amount of travel, which can be tuned with different springs weights in order to adjust dampening.

In addition, Moots beefed up the chainstays as well, courtesy of a new ovalized shape that increases stiffness in key areas around the rear triangle, while also metering travel.

While the bike is still in the prototype phase, Moots is relying on straight seatstays and standard dropouts, along with post-mount calipers, with copious room for 27.5×2.25 or 700×45 tires.

However, this could change for the production model, which will likely receive titanium drop-outs and provisions for flat-mount brakes.

While many of the details of the softail gravel bike were unveiled, pricing and availability were not.