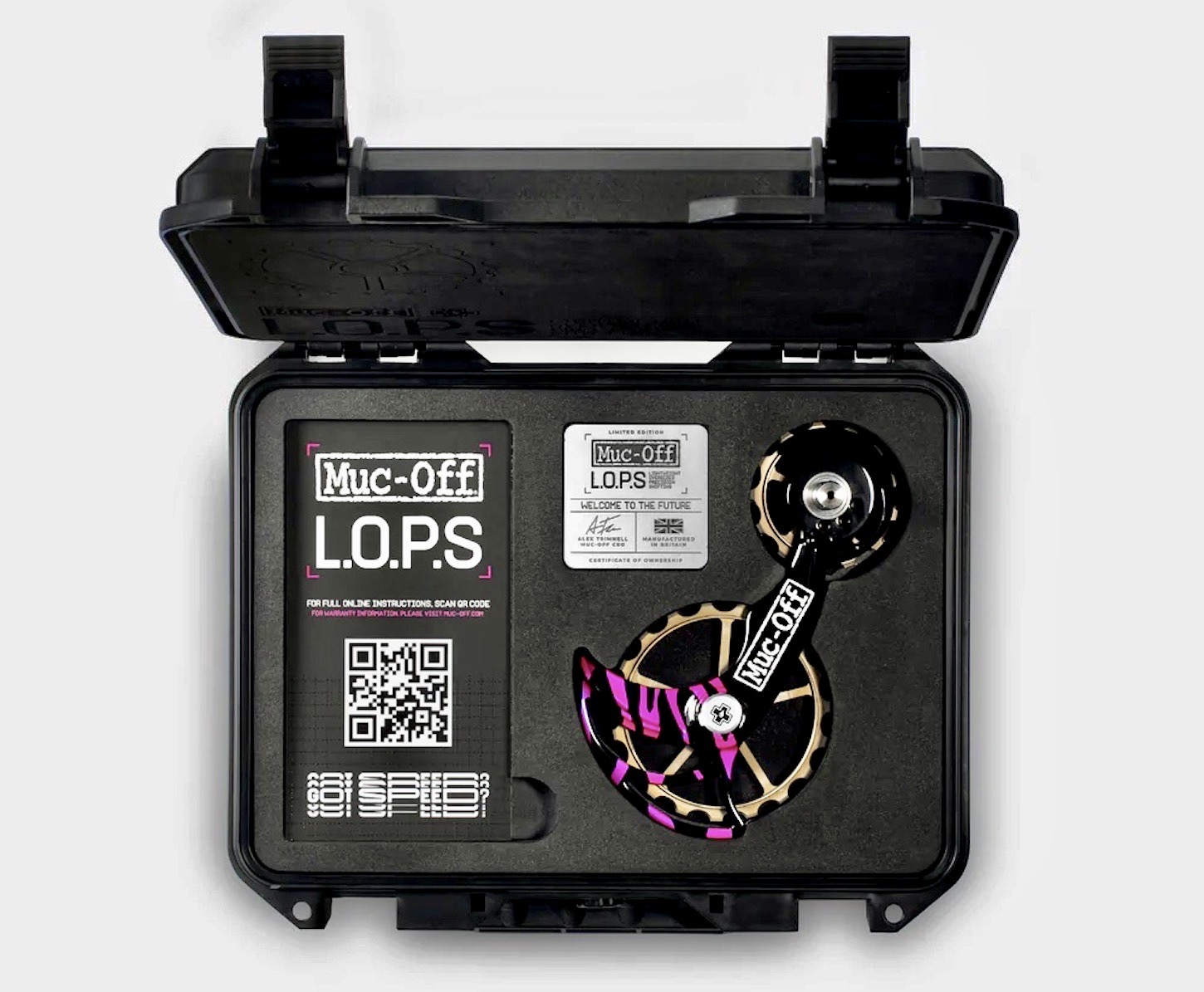 However, the British “anti-friction” experts are now offering a revamped version to the rest of us cycling mortals called the L.O.P.S 2.0, which is designed to work with Shimano’s Dura-Ace RD9100 and 9150 Di2 11-speed groupsets.

According to Muc-Off, the revamped L.O.P.S. 2.0 features the same “friction-coated”, aero-space grade aluminum 13-tooth upper and 19-tooth lower pulleys as the initial version.

However, a slight tweaking to the angle of the pulleys has resulted in even less friction – to the tune of 88% less when compared to standard alloy, and 71% less than anodized metal.

Additionally, Muc-Off claims the pulleys are 62% stiffer than the stock Shimano derailleur cages thanks to their mix of carbon fiber and 6/4 titanium construction.