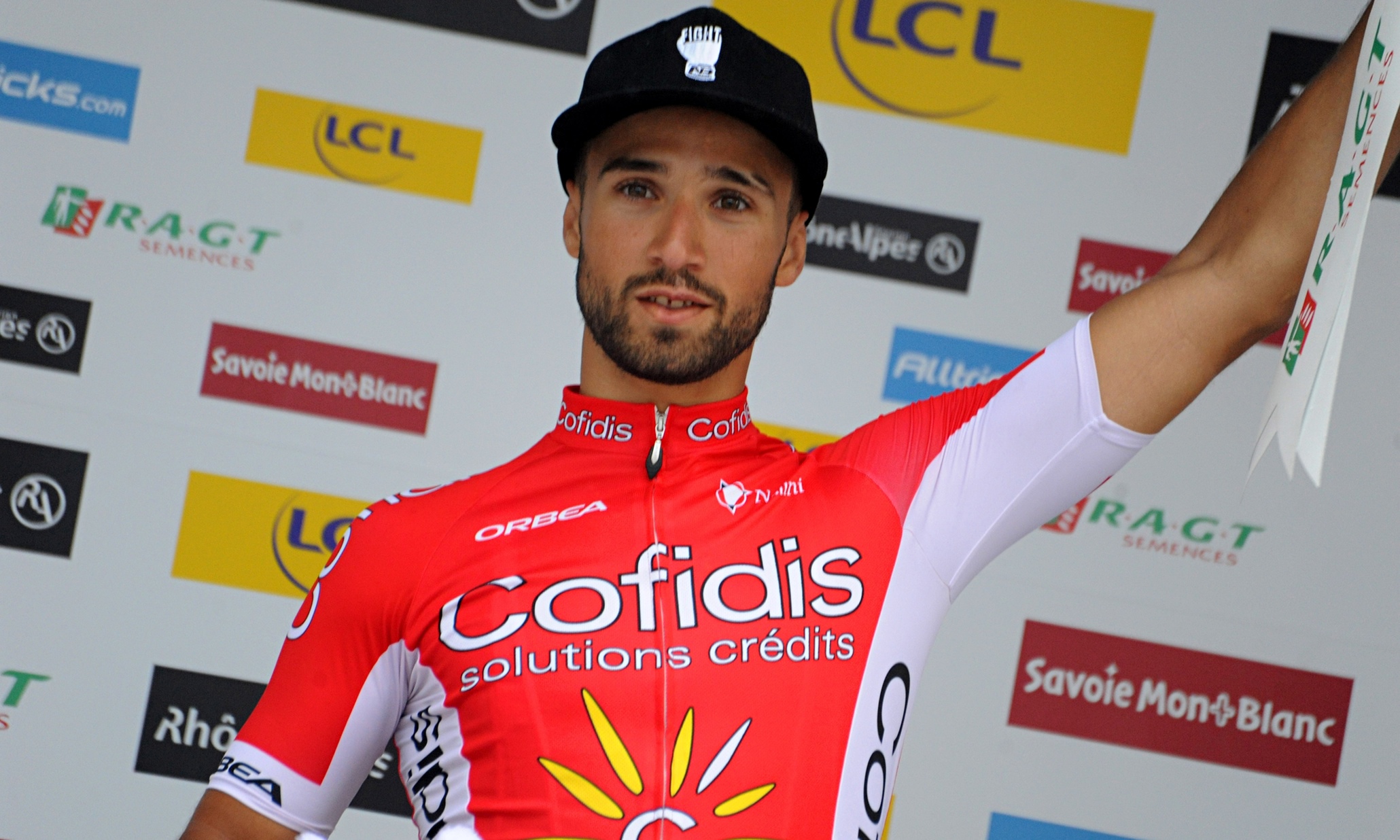 This has certainly been the week of crashes for the Tour de France, as Nacer Bouhanni was claimed as its latest victim today.

Bouhanni was forced to abandon today’s stage 5, after being involved in a crash at the 12-kilometer mark, which saw the French rider off in an ambulance with injuries to his ribs, hips and wrist.

“He was taken to hospital in Arras. At first sight, there is nothing alarming but the X-rays will tell us more. He suffers from the ribs, the hips, the wrist, more or less the same problems he had after the French championship,” Cofidis team boss Yvon Sanquer told lthe press.

“He is also stunned and dejected by this abandon, his second on the Tour after a crash,” continued Sanquer. “It’s an enormous disappointment because we were tackling three stages that suited him. Now the team will try to remotivate. We are not going to spend two and a half weeks in mourning.”

Heavy wind and rain inundated today’s stage, and rider were told to say vigilant along the twisting, exposed roads in northern France.

“Today it’s true that we expected a quieter start to the stage and a bunch sprint, which would have suited us, but given the conditions, anything could happen,” he told letour.com at the start of the day. “There is the risk of attacks, even from the general classification contenders. Nacer is good, he proved that yesterday as did the whole team. Here we are going back to conditions similar to those of Zélande. We’re going to have to be in the front group to contest the sprint. The word of the day: vigilance, vigilance!”