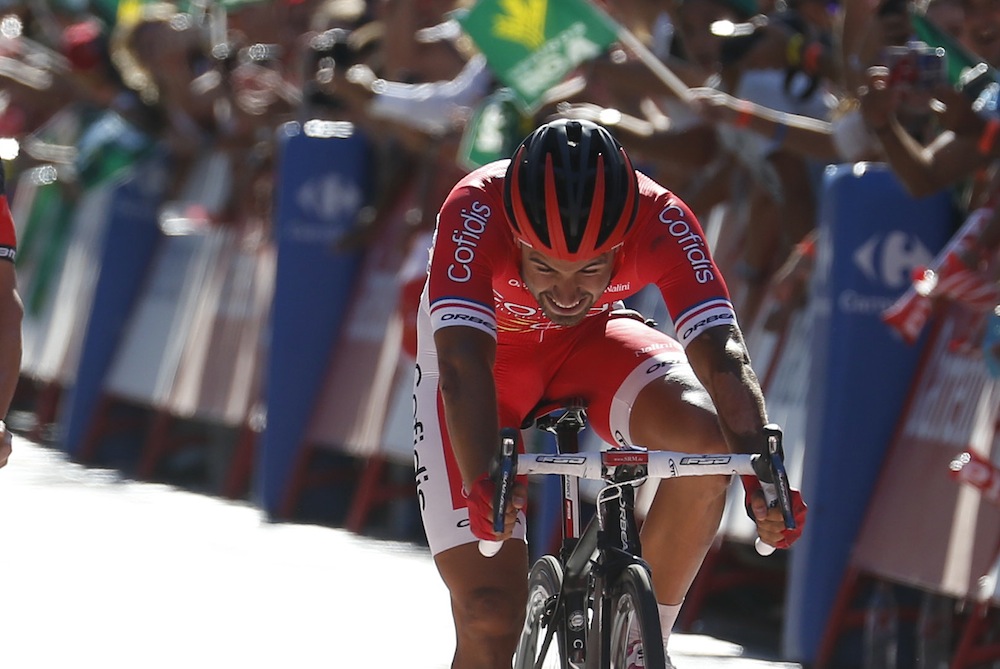 25 Aug 2015
By Gianni Pericolo - In LATEST ARTICLES, THE GREAT RACE

No sooner was Vincenzo Nibali thrown out of the Vuelta a Espana last weekend for holding onto a team vehicle, Nacer Bouhanni was fined after yesterday’s stage, for what can only be described, as the ultimately act of “sticky bottle”.

Bouhanni was fined 100 Swiss Francs, after race officials observed the French rider being pulled along by his team vehicle under the guise of being handed a water bottle.

According to race officials, and the video at hand, the Cofidis rider was seen being whisked along with his hand over the water bottle for 12 seconds.

Bouhanni had been caught up in a crash just before the finish, but thanks to his illegal “boost”, he managed to get himself back into position to contest the final sprint.

“I was angry at the finish because I’d made a huge effort to get back on after the crash and that affected the result. I was 1-30 behind but my teammates waited for me and did a great job. Unfortunately we paid for it in the finale,” he explained in a post  stage interview.

“I’ve had enough crashes for now though…I wasn’t feeling 100% during the stage after my other crash buy to lose by just a dozen centimeters makes me angry.”