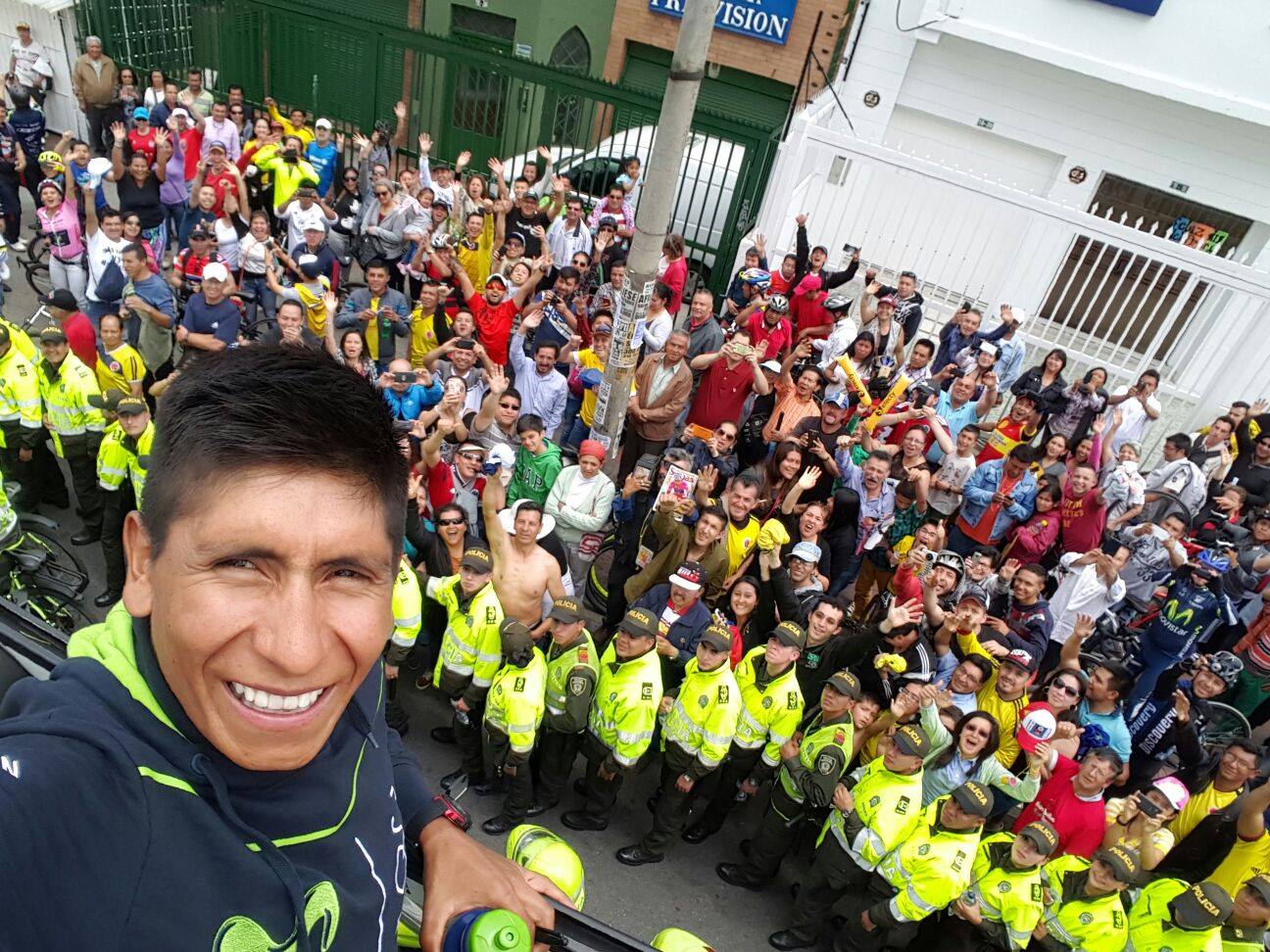 Following his victory in this year’s Vuelta a Espana, Nairo Quintana received a hero’s welcome upon arriving home in his native Colombia last weekend.

The Movistar rider spoke at a press conference, followed by a parade through the streets of Bogota, while tens of thousands of fans cheered him on.

“I did not expect this special welcome, thanks for all the emotions,” Quintana said during his cavalcade after also being given the Civil Order of Sporting Merit by Enrique Peñalosa, Mayor of Bogota.

“We have won the red jersey, now we hope to get the yellow, we are working for that. We are working to make the whole country happy and satisfied. It fills me with joy to see so many people cycling and waving from the windows of their houses. I have no words to thank all of them for all the support. We can only hope to continue enjoying things for many more years.”

Quintana’s parade ended in the Simon Bolivar Park where fans gave him a warm welcome and a final tribute.