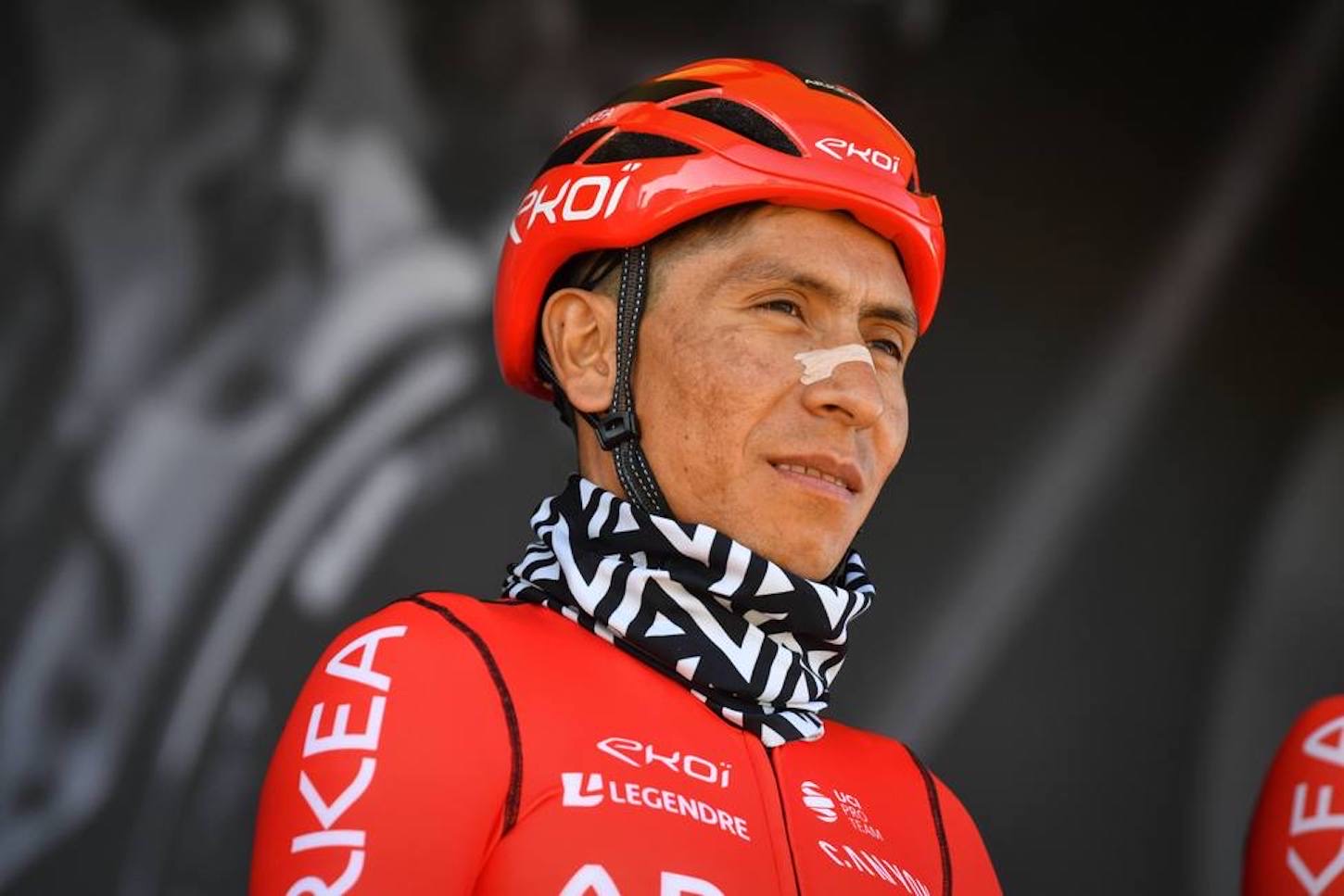 Nairo Quintana has been disqualified from the 2022 Tour de France, after the Colombian rider tested positive for the banned substance tramadol during in-competition testing.

Quintana finished sixth in the general classification in last month’s French Grand Tour, but analysis of two blood samples revealed the presence of tramadol and its two main metabolites.

“The Union Cycliste Internationale (UCI) announces that Nairo Alexander Quintana Rojas has been sanctioned for an infringement of the in-competition ban on using tramadol as set out in the UCI Medical Rules with the aim of protecting the safety and health of riders in light of the side-effects of this substance,” read a statement issued by the UCI on Wednesday.

“As this is a first offence, Nairo Alexander Quintana Rojas is not declared ineligible and can therefore participate in competitions.”

“In accordance with the UCI Medical Rules, the rider is disqualified from the 2022 Tour de France. This decision may be appealed before the Court of Arbitration for Sport (CAS) within the next 10 days.

“Infringements of the in-competition ban on using tramadol are offences under the UCI Medical Rules. They do not constitute Anti-doping Rule Violations. As this is a first offence, Nairo Alexander Quintana Rojas is not declared ineligible and can therefore participate in competitions.”

The substance is an opiate pain medication which made headlines in the mid-2010s, with the Movement for Credible Cycling (MPCC) having requested a ban on the drug as far back as 2013 following reports of widespread usage in the peloton.

“In addition to the risk of dependence and addiction, commonly reported adverse side effects of tramadol are dizziness, drowsiness and loss of attention, which are incompatible with competitive cycling and endanger other competitors,” reads UCI guidance on the drug in the organisation’s medical rulebook.

The UCI confirmed that 120 dried blood samples were taken during the Tour as part of the tramadol testing programme. While Quintana will suffer disqualification and a fine for his first infringement, a second would carry a penalty of a five-month ban and a third would carry a nine-month ban.