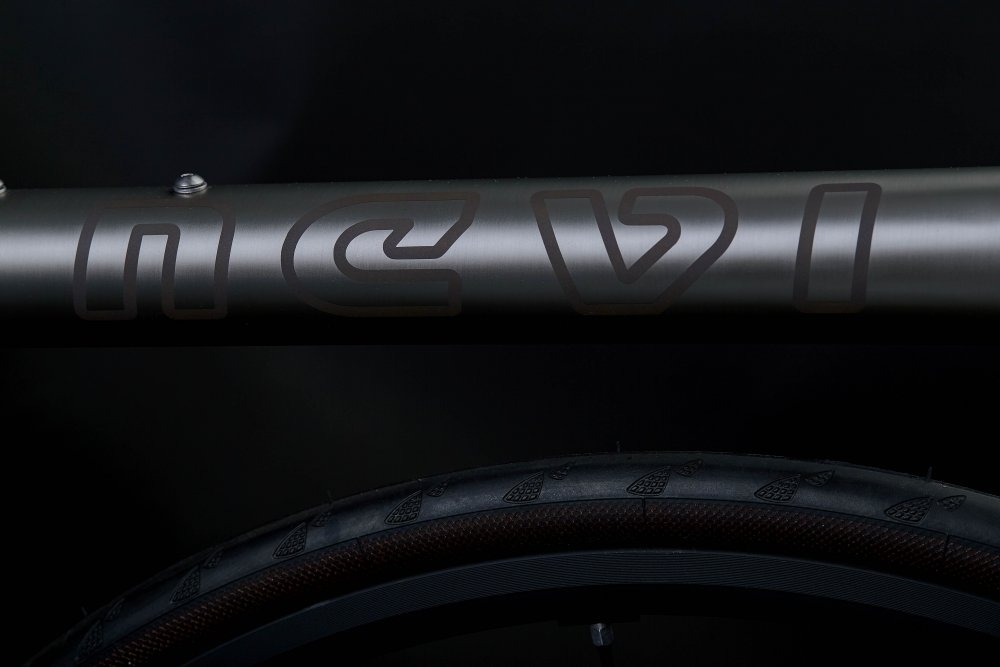 Thanks to the purists, metal bikes continue to thrive. However, despite steel and titanium’s proven track-record as it relates to performance and durability, those materials have remained anything but stolid over the years. In fact, innovation in metallurgy has led to improvements in strength to weight ratios, that in some cases has put them on part with composites. But, in all fairness, as much as carbon fiber has become almost a swear-word amongst the disciples of the torch; the magical cloth has always played a key role in the making of these bikes, particularly with titanium frames and their forks.

Yet, one bespoke Italian brand has remained loyal to the cause of building a completely metal bike, even when it comes to titanium – Nevi.

Sourcing the highest grade 3AL-2.5V and 6AL-4V titanium tubing, Nevi has crafted its Spinas and Stelvio LA 1 framesets entirely from those materials, to include the fork, which is a rare feat to say the least.

Come to think of it, we can’t recall the last time we came across a fork that was fabricated from titanium alone?

Both the Spinas and Stelvio LA 1 feature mostly cold-drawn 3AL-2.5V titanium tubes for their main frames (6AL-4V is used on the downtube of the Spinas), while keys areas such as the bottom bracket and drop-outs are reinforced with 6AL-4V.

In the case of the fork, it utilizes 3AL-2.5V titanium as well, along with a special CNC formed crown that’s meticulously welded to the fork legs.

In addition, both frames stick with a traditional BSA threaded bottom bracket, along with internal brake cable routing and external shifter and rear derailleur cable routing that’s compatible with both electronic and mechanical groupsets.

To the delight of the gravel grinder segment, Nevi also offers a hydraulic disc brake equipped model apply called the Titanium Disc, which features a unique investment casting process that requires the bike’s 6AL-4V frame and fork to be welded in a special vacuum controlled chamber.

You can learn more about these bikes by visiting Nevi’s website here.