New Cycling Book: “The Man and His Bike” 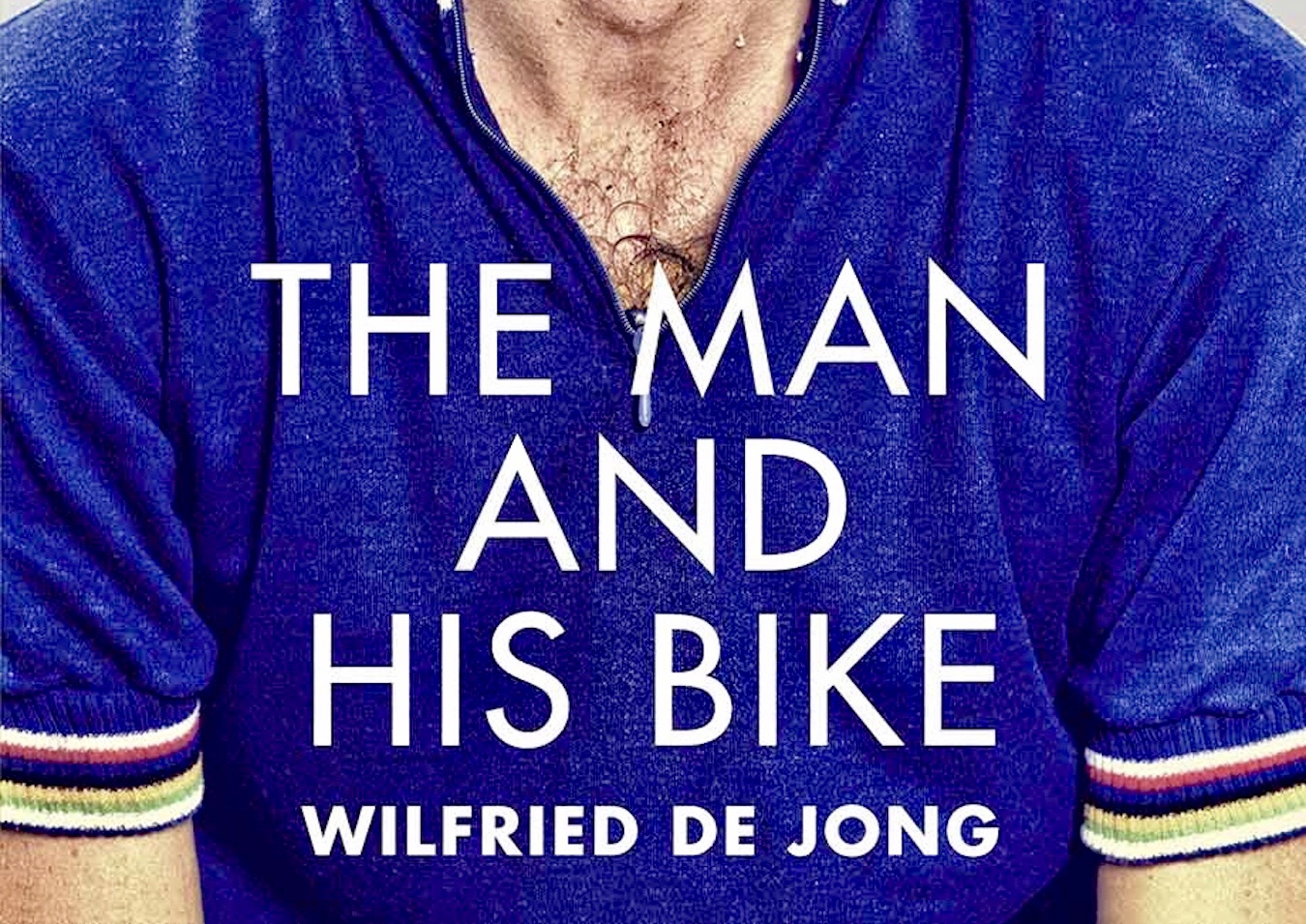 Wilfried de Jong is a star of Dutch sports writing and broadcasting. In this award-winning collection of cycling tales, his comic, melancholic, existential charm unlocks a sport that involves so much pain, punishment, isolation and a high probability of failure. Liberating and inspiring, Wilfried ponders life, love and death on his trusted bike, chasing the essence of our existence against the backdrop of major cycling events or while roaming alone in nature.

Whether he is describing being ejected from Paris-Roubaix, a terminal incident with a bird while out riding, painting the drama that unfolds in a forgotten café as they wait for the Tour to pass, or explaining why he is standing stark naked on Belgian cobbles with a tire in his hand in the morning mist, he always uncovers the true soul of cycling – why we do it, why we watch it, why we hate it, why we love it – stripped bare.

“De Jong is capable of holding his reader with a vivid attention to detail and wonderful atmospheric description. Each chapter of The Man And His Bike is a story from his expansive and dedicated life as a cycling fanatic. From climbing Mont Ventoux on his 50th birthday to peddling through Manhattan with jazz ringing in his ears, De Jong is an expert story teller.” says reviewer Joe Short.

His best recollections are of wonderful Italy: of sailing down steeps mountains and of nearly dying by the roadside. The value of this book are the characters De Jong meets along the way. They act as passengers, entertaining and distracting our cyclist as he weaves through the pages, before more often than not swiftly taking a right turn and disappearing for ever,” he adds.

“The author’s creative writing skills appear in several fictional stories, including one about a mysterious woman who offers massages to cyclists struggling up to the Col de l’Homme Mort (Dead Man’s Pass—a real climb in the Alps that appeared in the 1956 Tour de France), and a story about Eddy Merckx obsessively adjusting his bicycle which clearly is a prose reflection of this incident in the famous “A Sunday in Hell” film. While some of the stories will make you laugh and others are melancholy, two of them—one about a real incident involving wildlife and another a piece of fiction about a lost racing cyclist and a farmer’s daughter—will leave the reader feeling distinctly uncomfortable. But then again the Dutch are noted for plain speaking, for good or ill,” says reviewer Leslie Reissner

“Cycling has not been generally been fruitful ground for introspective literature but “The Man and His Bikes” offers a thoughtful and creative look into the mind of someone whose life is made richer for it,” she adds.

…The helicopter is hanging above our heads. A woman with a child waves up to the family watching at home. Motorcycles tear past, sirens wailing. And here they come, the riders. Like a vast chameleon the peloton continually changes shape and colour. Four hundred tires sing to us. Music for a Sunday afternoon.

Here they come. Here they are. There they go. It’s all over, consigned to the past once more.

We can still see the mud-spattered backside of a straggler, sitting crooked on his bike after a fall. The skin of his elbow has been grazed raw, the dirt of the Tour ground into the wound. But he must go on. The Tour waits for no man…