CapoVelo.com
CapoVelo.com - - New Report From Shimano Indicates an E-Bikes is the Bike of Choice for Most Europeans
96884
post-template-default,single,single-post,postid-96884,single-format-standard,no_animation 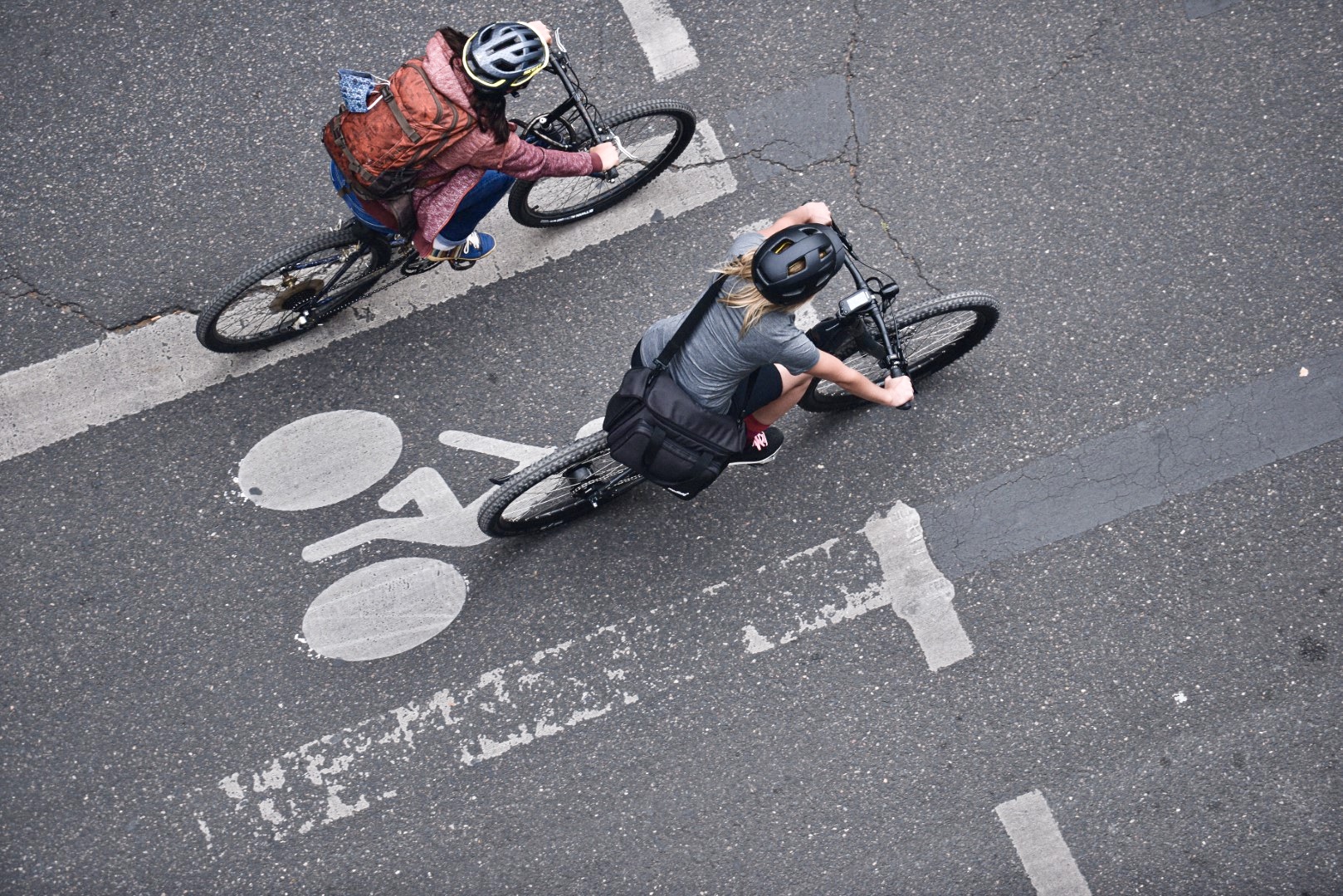 One in four Europeans say they are more likely to buy or use an e-bike compared with the previous year, reveals the latest State of the Nation report from Shimano.

In this third State of the Nation report commissioned by Shimano, the Japanese component giant took a look at the place e-bikes have in our societies and how COVID-19 and the events of 2020/2021 have influenced consumer interest in purchasing or using e-bikes.

Shimano’s first report was conducted together with YouGov in 2019. At the time it was the one of largest e-bike consumer surveys ever conducted. The 2020 report was researched and written right at the very beginning of the global COVID-19 Pandemic, when most of the world was still uncertain about what the ‘new normal’ would look like, or how long the pandemic would last.

Shimano’s intention for a year-on-year direct comparison of e-bike use has not been possible as the COVID-19 pandemic wrought a sudden and unprecedented change in our lives for the last two years. However, what it has allowed the company to do is chart the behavioral changes COVID-19 has had on the use of e-bikes. 27% of Europeans have said they are more likely to use or buy an e-bike now than they were before the COVID-19 Pandemic, with two fifths (39%) saying they would use one to avoid public transport.

COVID-19 is not the only motivating factor in e-bike use, a growing awareness and urgency around climate change is prompting more people to make personal choices about reducing their own carbon footprint. Over a third (37%) of those under 24 have said they would use an e-bike to lessen their impact on the environment, whereas two fifths (41%) of those over the age of 55 said they were looking for an alternative to a motor vehicle.

While there’s a growing interest in using e-bikes there are still barriers that need to be overcome for more people to take the plunge. For the 66% of Europeans who are not ready to take the plunge, 24% say it’s a lack of safe cycling infrastructure in their towns and cities that is a reason against. This shows not only city leaderships, councils and authorities but also the wider bicycle industry still has a way to go to create a cycling environment that convinces people to switch to electric two-wheeled power.

During the COVID-19 pandemic many cities created new safe spaces for cycling with the introduction of so-called, ‘covid-lanes’ and lower traffic neighborhoods. Our expert commentator Roman Meliška, a business consultant focused on active urban mobility, says in the report “Some cities were rocket fast in reallocating public space for people walking and on their bicycles, making cycling both more convenient and inviting for an all-new cohort of folk to independently move around the city.”

Meliška praises those cities who made their changes to urban infrastructure permanent and highlights the need for better infrastructure in cities to make e-bikes a viable active travel solution for everyone. “Not feeling safe on the current cycling infrastructure ranks among the very top reasons across all 12 countries as to why not to ride around the city on an e-bike. What Paris and others are doing is a masterclass worth following.”

Despite there being a ‘bike boom’ across Europe since the start of lockdowns, it’s clear that only when local authorities and national governments take steps, such as marked cycleways or clearly signed safe cycling routes, the public at large are willing to saddle up.

Nearly half (46%) of those more likely to buy or use an e-bike say that they would do so as an alternative to a car. This is a win for everyone in our urban areas; less cars on the road means less pollution and less traffic jams. However, despite e-bikes being significantly cheaper than a motor car or an e-vehicle 54% see the cost as a barrier.

Researcher and active transport journalist Laura Laker offers this comment, “E-bikes are powerful car trip replacements for those with access to one, cutting carbon emissions and air pollution for a fraction of the cost of electric cars, yet in many countries like the UK, where e-cycle uptake is very low indeed, e-cycles are the only electric vehicle that doesn’t yet have a purchase subsidy to encourage greater use.” “How are you going to carry that on a bike?” is one of the frequently heard comments from those resistant to bike use as a replacement for cars. Our expert Beate Kubitz, a new mobility consultant and founder of Cargodale, a community interest company to provide zero emission delivery services, has an answer, “at Cargodale we really value e-cargo bike motors that pack a punch. We’ve used them to haul cases of beer, veg boxes and Christmas turkeys up some very challenging inclines.”

An e-cargo bike, more so than a conventional bike, really does have the power to replace a car in many urban and even rural environments, “the e-aspect is really important in hilly or mountainous areas of Europe,” Kubitz explains, “in the UK we have several cities built on hills and some of the roads are really steep, built when people prioritised direct routes over gentle gradients, so a motor is essential with a load-carrying bike.

E-bikes can also access areas that motor vehicles and delivery vans cannot, “it’s handy to have a narrow vehicle on historic streets that were built before the motor car, this is relevant in many European cities. Squeezing heavy motor vehicles through unsuitable roads causes all sorts of damage.”

People are waking up to the advantages of e-cargo bikes across Europe. Of those who say they are likely to buy or use an e-bike in the next 12 months, 7% of those in Germany and 8% of those in the Netherlands say they would purchase an e-cargo bike. Even the UK, which lags behind in terms of e-bike uptake, 5% would consider buying an e-cargobike. The most likely age groups to consider an e-cargo bike are 18-24 year olds and 25-34 year olds, however this is also the group that may find a cost more significant barrier.

During the COVID-19 pandemic many countries ruled that bike shops were ‘essential services’ and allowed them to remain open during lockdowns, Shimano’s survey reveals the need for bricks and mortar bike shops amongst bike owners. Of those Europeans surveyed who own bikes, 25% said they will be visiting a bike shop in the next 12-months.

According to Shimano, the company believes bike shops are an indispensable component of our high streets and urban areas. It’s not only where you can get your bike fixed and new parts purchased, it is also somewhere that you can get trustworthy and expert advice on all things cycling.

“It’s great to see the value placed on bike shops by European bike owners and this survey reinforces the important role that bike shops continue to play in promoting bike riding,” says Shimano.

It’s been 18 months since the publication of this report and the beginning of the COVID-19 pandemic, which has had a profound effect on our society and behaviors in ways Shimano’s original 2019 State of the Nation Report could not have predicted. For instance, the reduced use of public transport, the need for outdoor exercise and more home working has driven high demand for bicycles, not to mention, new cyclists who began cycling because of COVID-19 have continued to use their bikes, even as restrictions have eased.

The results of Shimano’s survey show that as we recover from the pandemic it is the climate crisis that is rising to the top of public concern and along with that, attitudes to motor vehicle use are changing.

“It is exciting to see an increasing number of Europeans say they would use an e-bike as an alternative to a private car and whilst this report has highlighted some of the barriers yet to be overcome, such as cost and infrastructure, the future of e-biking and active travel in our urban areas looks bright,” says Shimano.