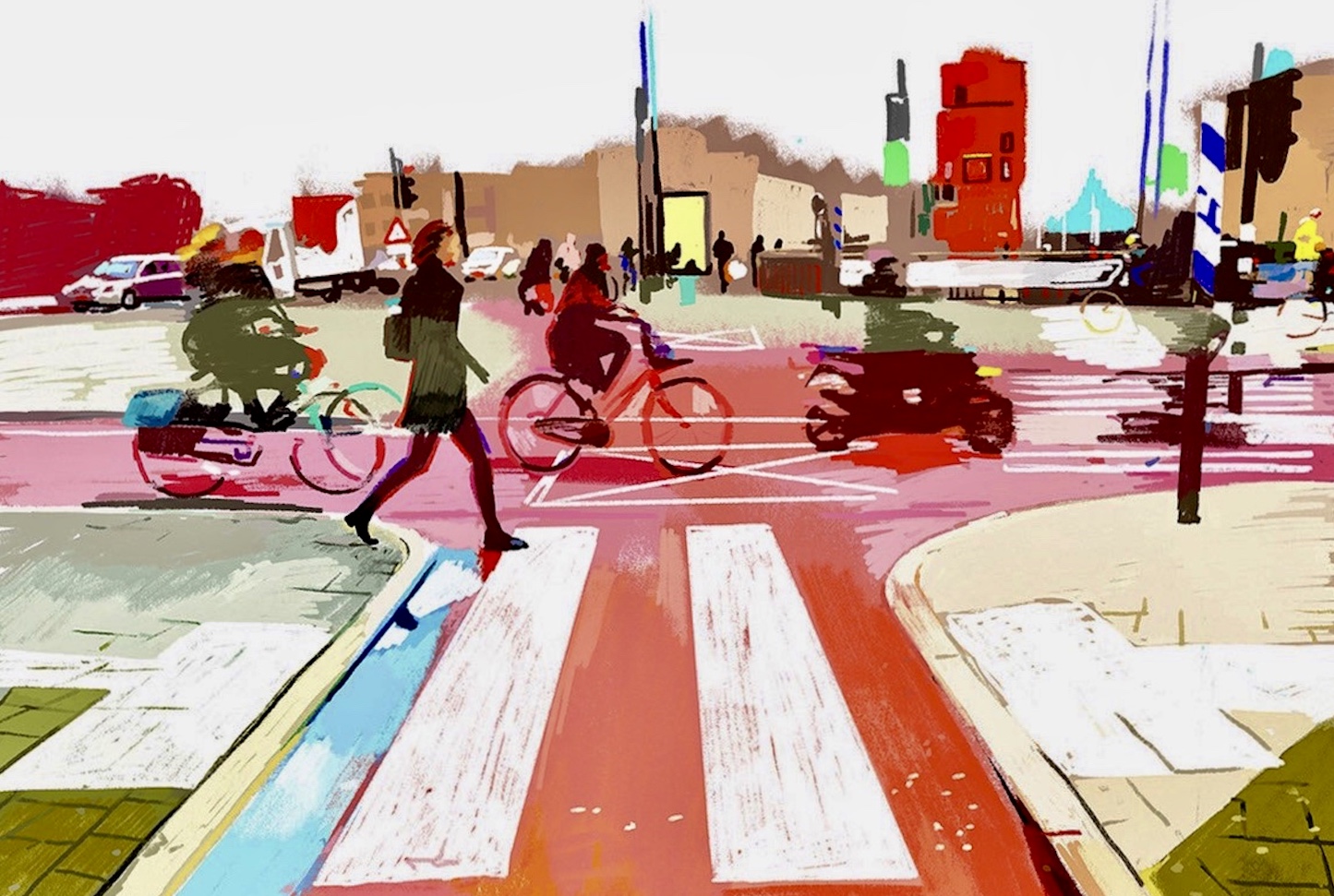 16 May 2022
By Gianni Pericolo - In FEATURED ARTICLES, LATEST ARTICLES, VELOPATHIC

Bike-Share Programs (BSP) are a popular transport system in many of the world’s big cities. Not only do BSPs provide a convenient and eco-friendly mode of travel, they also help reduce traffic congestion. Moreover, bicycles can be rented at one port and returned at a different port.

However despite these advantages, BSPs cannot rely solely on its users to maintain the availability of bicycles at all ports at all times. This is because many bicycle trips only go in one direction, causing excess bicycles at some ports and a lack of bicycles in others.

This problem is generally solved by rebalancing, which involves strategically dispatching special trucks to relocate excess bicycles to other ports, where they are needed. Efficient rebalancing, however, is an optimization problem of its own, and Professor Tohru Ikeguchi and his colleagues from Tokyo University of Science, Japan, have devoted much work to finding optimal rebalancing strategies.

In a study from 2021, they proposed a method for optimally rebalancing tours in a relatively short time. However, the researchers only checked the performance of their algorithm using randomly generated ports as benchmarks, which may not reflect the conditions of BSP ports in the real world.

Addressing this issue, Prof. Ikeguchi has recently led another study, together with PhD student Ms. Honami Tsushima, to find more realistic benchmarks. In their paper published in Nonlinear Theory and Its Applications, IEICE, the researchers sought to create these benchmarks by statistically analyzing the actual usage history of rented and returned bicycles in real BSP’s. “Bike sharing systems could become the preferred public transport system globally in the future. Therefore, it’s an important issue to address in our societies,” Prof. Ikeguchi explains.

The researchers used publicly available data from four real BSPs located in four major cities in USA: Boston, Washington DC, New York City, and Chicago. Save for Boston, these cities have over 560 ports each, for a total number of bicycles in the thousands.

First, a preliminary analysis revealed that an excess and lack of bicycles occurred across all four BSPs during all months of the year, verifying the need for active rebalancing. Next, the team sought to understand the temporal patterns of rented and returned bicycles, for which they treated the logged rent and return events as “point processes.”

The analyses of raster plots yielded useful insights about how the four BSPs were used in their respective cities. Most bicycles were used during daytime and fewer overnight, producing a periodic pattern. Interestingly, from the analyses of the local variation, the team found that usage patterns were similar between weekdays and weekends, contradicting the results of previous studies.

Finally, the results indicated that the statistical characteristics of the temporal patterns of rented and returned bikes followed a Poisson process — a widely studied random distribution — only in New York City. This was an important find, given the original objective of the research team.

“We can now create realistic benchmark instances whose temporal patterns of rented and returned bicycles follow the Poisson process. This, in turn, can help improve the bicycle rebalancing model we proposed in our earlier work,” explains Prof. Ikeguchi.

Overall, this study paves the way to a deeper understanding of how people use BSPs. Moreover, through further detailed analyses, it should be possible to gain insight into more complex aspects of human life, as Prof. Ikeguchi remarks: “We believe that the analysis of BSS data will lead not only to efficient bike sharing but also to a better understanding of the social dynamics of human movement.”

In any case, making BSPs a more efficient and attractive option will, hopefully, make a larger percentage of people choose the bicycle as their preferred means of transportation.