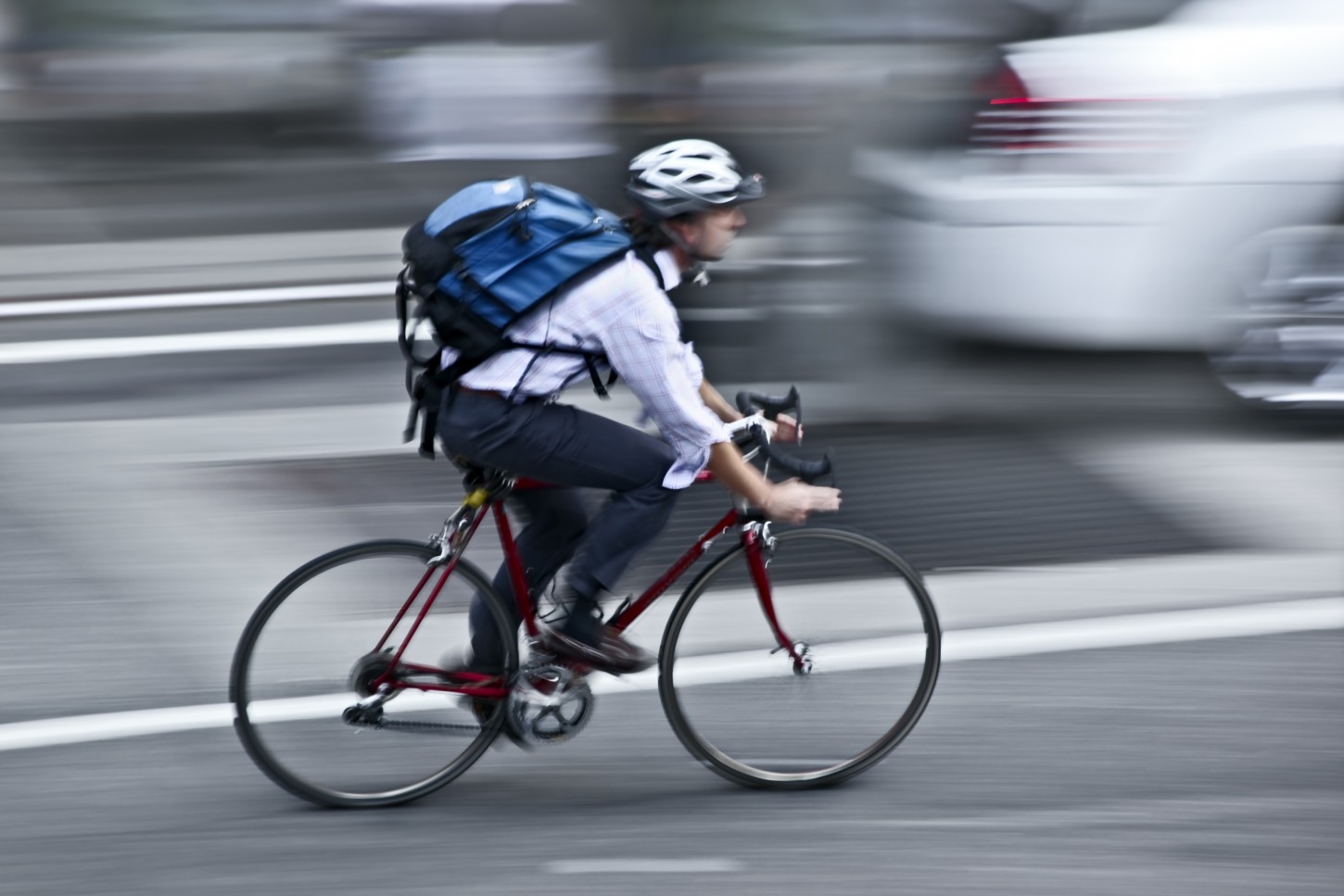 Research has consistently shown that people who are less physically active are both more likely to develop health problems like heart disease and type 2 diabetes, and to die younger. Yet there is increasing evidence that physical activity levels are on the decline.

The problem is that when there are many demands on our time, many people find prioritizing exercise difficult. One answer is to multi-task by cycling or walking to work. A group of researchers just completed the largest ever study into how this affects your health.

Published in the British Medical Journal this week, the results for cycling in particular have important implications. They suggest that councils and governments need to make it a top priority to encourage as many commuters to get on their bikes as possible.

Cycling to work, sometimes referred to as active commuting, still remains unpopular in a lot of major cities. For example, only three per cent of commuters in the UK cycle to work, one of the lowest rates in Europe, while at the other end of the scale, 43% of Holland’s commuters and 30% of Denmark’s commuters do so on a daily basis.

To get a better understanding of why commuters in the UK do not cycle to work, researchers studied 263,450 people with an average age of 53 who’s job required them to commute to work. Participants were asked whether they usually travelled to work by car, used public transportation, walked, cycled or a combination.

The researchers then studied the participants over a five year period, counting the incidences of heart disease, cancers and death. Importantly, they adjusted for other health influences including sex, age, deprivation, ethnicity, smoking, body mass index, other types of physical activity, time spent sitting down and diet. Any potential differences in risk associated with road accidents is also accounted for in the analysis, while the researchers excluded participants who had heart disease or cancer already.

For both cyclists and walkers, there was a trend for a greater lowering of risk in those who commuted longer distances. In addition, those who cycled part of the way to work still saw benefits – this is important as many people live too far from work to cycle the entire distance.

As for walkers, the fact that their health benefits were more modest may be related to distance, since they commute fewer miles on average in the UK – six per week compared to 30 for cyclists. They may therefore need to walk longer distances to elicit meaningful benefits. Equally, however, it may be that the lower benefits from walking are related to the fact that it’s a less intense activity.

The study builds on the evidence from previous studies in a number of important ways. Our quarter of a million participants was larger than all previous studies combined, which enabled the researchers to show the associations between cycling/walking to work and health outcomes more clearly than before.

In particular, the findings resolve previous uncertainties about the association with cancer, and also with heart attacks and related fatalities. The researchers also had enough participants to separately evaluate cycling, walking and mixed-mode commuting for the first time, which helped them confirm that cycling to work is more beneficial than walking.

In addition, much of the previous research was undertaken in places like China and the Nordic countries where cycling to work is common and the supporting infrastructure is good. The study now shows that the same benefits apply in a country where active commuting is not part of the established culture.

It is important to stress that while the researchers did their best to eliminate other potential factors which might influence the findings, it is never possible to do this completely. This means they cannot conclusively say active commuting is the cause of the health outcomes that they  measured. Nevertheless, the findings suggest policymakers can make a big difference to public health by encouraging cycling to work in particular. And we should not forget other benefits such as reducing congestion and motor emissions.

Some countries are well ahead of the UK in encouraging cycling. In Copenhagen and Amsterdam, for instance, people cycle because it is the easiest way to get around town.

For the UK and other countries that have lagged behind, the new findings suggest there is a clear opportunity. If decision makers are bold enough to rise to the challenge, the long-term benefits are potentially transformative.