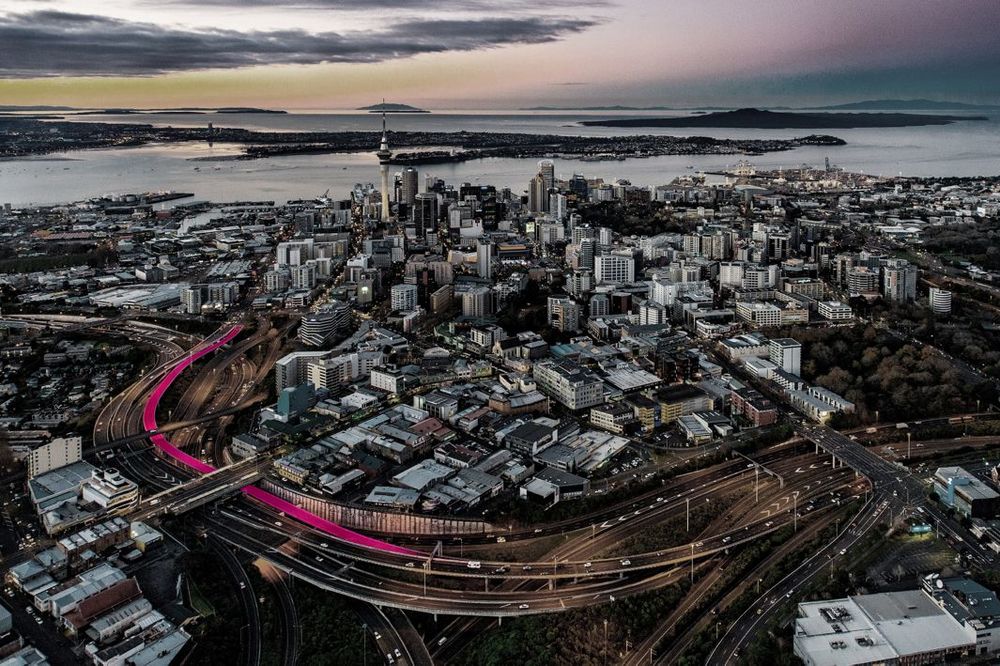 In early December of last year, the Nelson Street cycleway—or Te Ara I Whiti (The Lightpath)—was opened to Auckland, New Zealand cyclists and pedestrians. The magnificent magenta path, lined by pillars of dynamic and interactive LED light, has drawn attention from news outlets and social media aficionados alike. Search up “#lightpathakl” on Instagram, Twitter, or Facebook, and you will find a number of bright pink backdropped selfies alongside stunning views of the winding passage from higher viewpoints around the CBD. In the evening, the Lightpath is viewable from afar as an ethereal magenta glow amidst the surrounding concrete jungle.

Bright Light was lucky enough to be a part of the creation of Te Ara I Whiti, providing IP-rated, coloured LED ribbon strip (BL-LS-3001-RGBW-IP65) and assisting in the building of the LED light pillars. The dynamic lighting effects used throughout the cycleway are created with the use of DMX (Digital Multiplex), allowing each light pillar to be individually controlled and the Lightpath as a whole to have the ability to be treated as an art installation. Motion sensors have also been installed on the Lightpath, detecting the movement of pedestrians and illuminating their way. The use of both DMX and motion sensors allows for a reduction in power consumption when the bridge is not in use.