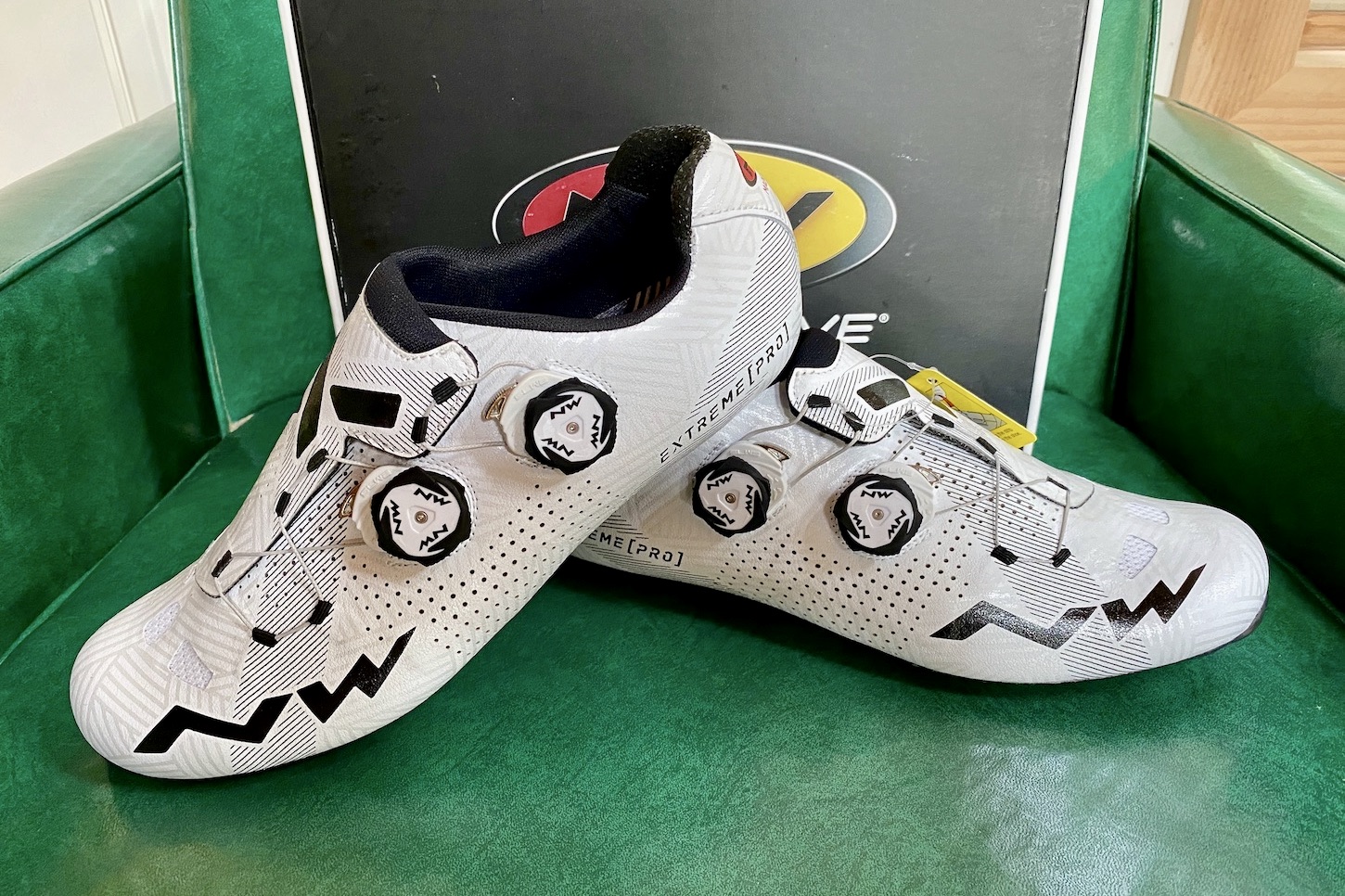 They say the first step toward getting help is recognizing that one has a problem. Well, I have a problem when it comes to cycling shoes. I love everything about them. The groovier they look and the more tech features they posses, the worse the symptoms become.

Indeed, red ones, black ones, white ones, green ones and every color in-between, I’ve developed an incurable fetish for cycling kicks that I won’t be seeking treatment for anytime soon. Keep’em coming!

Interestingly though, as much as I’m a slave to fashion, once I get past the styling quotient, I’m by no means someone who easily speaks in superlatives when it comes to performance, as evidenced by the number of pairs that have been relegated to the bottom of my closest because they didn’t pass muster.

The latest cycling shoes to arrive for review came by way of Northwave and its flagship Extreme Pro road shoe.

But, perhaps the most interesting aspect of the shoe is the brand’s SLW2 dial retention system. Unlike the popular BOA dials, the SLW2’s rely on Dyneema chord instead of filament for tensioning. The system works by tightening up the chords just as any other dial system does. However, tension can be released in micro steps by pushing down on the lever, or in one fell swoop by pulling up on the lever.

While the set-up lacks the feel of “detents” and the amount of “purchase” the BOA system provides, it’s definitely a high quality design that will likely prove to be more durable and longer-lasting than the former.

So how did they perform?

For starters, the Extreme Pro strikes an excellent balance when it comes to fit, offering the requisite amount of support by nicely anchoring the forefoot, arch and heel thanks to the one-piece XFrame2 that wraps around the foot without the fuss of having a separate upper and tongue.

Additionally, Northwave took the middle ground when it came to arch support, building in just enough to accommodate a wide-range of anatomical foot shapes without forcing correction. This is no trivial matter, as some cyclists require special inserts or custom foot beds because of pronation or other foot pathologies.

I personally have dogs that are flatter than spit on a plate, requiring custom orthotics that some shoes in the past couldn’t accommodate because of too much built-in arch support or not enough room.

Out on the road, the Extreme Pro proved to be one of the most comfortable and best performing pair of road shoes that I’ve experienced to date, providing a level of stability and power transfer that placed them amongst the very best I’ve ridden in – never giving up anything in the way of comfort or composure, even on the longest rides and under the harshest of riding conditions.

In fact, when white is the color of the day, they’ve become my go to shoe. 😉 In a word, the Extreme Pro is superb!