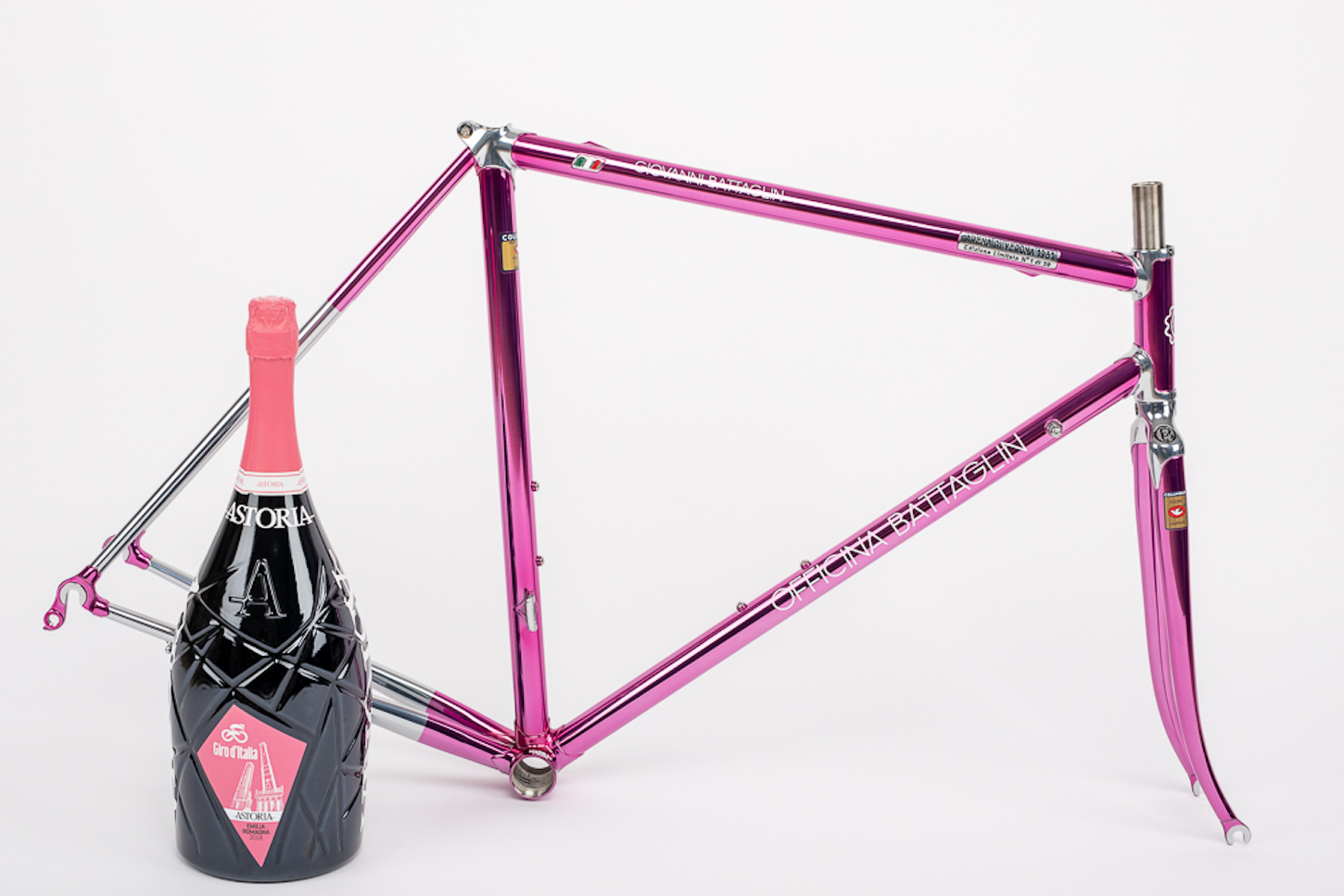 06 May 2019
By Campionissimo - In FEATURED ARTICLES, LATEST ARTICLES, THE DOUBLE DIAMOND

To celebrate the man whose name adorns their bikes, Officina Battaglin is offering a limited edition frameset called the Arena 1981, which regals Giovanni Battaglin’s famous triumph in the time trial event during the 1981 Giro d’Italia that sealed his overall victory.

Indeed, race enthusiasts will remember the infamous stage in that year’s Italian Grand Tour where Battaglin vanquished his chief rivals Tommy Prim and Giuseppe Saronni in the 42 kilometer race against the clock in the historic Verona Arena.

Despite winning the previous stage that involved the challenging climb of the Cime di Lavaredo, Battaglin was leading the race by less than a minute, so the final victory was by no means decided yet.

However, the Italian champion proved indomitable, beating both Prim and Saronni in the time trial to capture the maglia rosa.

To memorialize his victory, Officina Battaglin is offering a limited number of just 38 Arena 1981 framesets, which feature none other than Columbus’ venerable SL steel tubing in a classic lugged construction, punctuated by an exquisite cromovelato finish.

Moreover, connoisseurs will revel in the fact that each frame will have a steel plaque brazed to the top tube, hand-engraved with the inscription Arena 1981.

Oh, and each proud owner will also receive a magnum bottle of Astoria prosecco, the same bottle that will be awarded to each stage winner during this year’s Giro d’Italia.