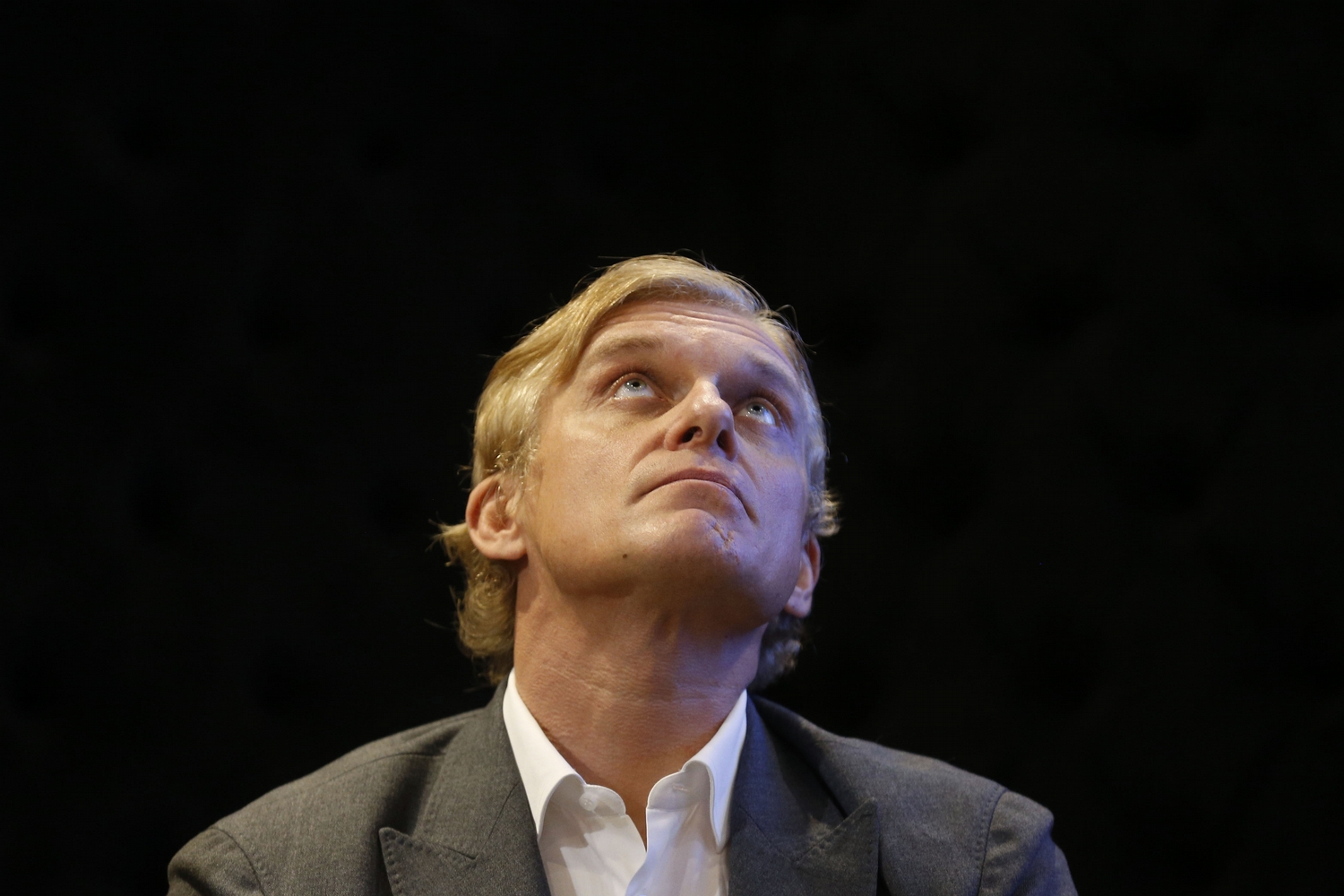 Following the abrupt and uncereminoius departure of Bjarne Riis from Tinkoff-Saxo this week, team owner, Oleg Tinkov has turned to social media to lay-out his vision for the future of the Russian team, and the sport as a whole.

——- World cycling has to change… or die, or maybe just lurch from scandal to scandal for another decade as we watch teams come and go. That is today’s situation, where teams do not have income, just huge expense that would be unthinkable in other professional sports. Teams depend on sponsorship for 99% of their revenue and this model is neither viable nor durable. This is the origin of the doping, the endless scandals and the whole ‘grey tinge’ of this wonderful sport. The paradox is that cycling is the world’s second most popular spectator sport, after football, but at the same time it is the poorest sport.

Why is this happening? I will try to analyse the problem funnel.

This is how the chain should look ideally:
– income (from television and participation in races) for teams
– race organisers receive MORE from TV channels
– TV channels get more viewers and more demand
– races are an interesting show – this is entertainment
– a cycling star academy should be created and we should work on increasing viewing figures (see experience of Formula 1)
– ALL!!! stars should participate in these races (here we should look to the experience of Tennis)

Of course, you could look at this funnel from the bottom up. People obviously need to watch the races rather than sleeping during siesta time in Continental Europe:-).

We need to find a way to get them interested during long and boring stages. We probably need to make them shorter or start to show them later, when there is a final battle.

We need to make races more interesting and think-up new ones. As an idea: GP Monaco on Saturday before the motor racing, and sell seats in rows that are already set up. But it is important that the best sprinters come for this kind of event – the best climbers should go to all the grand tours. That is why I proposed the ‘Three Grand Tour Challenge’, which provoked such a heated discussion – which made me very happy! If you want to have a real show, you need to have the very best competing against the very best. We definitely need to reduce the number of races – no one is interested in these provincial races that get no TV coverage. Here I am talking about World Tour teams – I think that teams with lower status can participate in those more local events and so they do have a place in the sport.

Again, everything hinges on the idiotic ‘ciclismo storico’ . I agree with Fabian Cancellara – who needs this tradition of ‘do as my grandad did’? Spain, Italy, France, Belgium are all stuck in a 20th Century paradigm – this is an anachronism in the age of the Internet, the iPhone, mass mobility and a broad-based approach to sport and life in general. In those days you really did have to ride your bike without gear changes and a lamp strapped to your forehead. We need to cut the number of races, reduce their duration and make them more viewer-friendly. For example, we could have more circuit races around cities, etc.

Cycling has to change. The times of Sainz, Bruyneel and Riis are over – they were stuck in the 2000s and that is not necessarily about doping. They just don’t get some obvious things and don’t know how to manage teams in modern way. Managing a team is not just about issuing instructions from a car radio or about casting a spell over the riders at which Riis was unsurpassed, for example. Managing a team is about boring, monotonous work in the office. The day of the boring and meticulous managers has come – guys like Dave Brailsford and, I hope, our new Director Stefano Feltrin.

It is for this reason that I am not considering the torrent of offers of ‘Riis replacements’ that I have been inundated with from all over the globe. We don’t need this – this is the old way of thinking and it is no longer viable!

We have some of the best riders in the peloton, we have a superb team of trainers and specialists and, hey, cycling is a team sport – let’s not forget that. So I believe in my team – Tinkoff-Saxo and in our team of like-minded professionals! We don’t need a star-manager – we are a team of stars of world cycling: Stefano Feltrin, Steven de Jongh, Sean Yates, Bobby Julich, Daniel Healey, etc. and together we will make our team into a Super-Team.

But of course if cycling itself doesn’t change as I wrote above, then it will be that more difficult. And everything will stay the same as it is now – each man for himself fighting to save his own skin. I call out to all teams to unite to establish new rules of the game, to influence the UCI and race organisers. I realize that this is a difficult task, and there needs to be more team-owners rather than former sportsmen who managed to find sponsors and survive, earning their million-a-year.