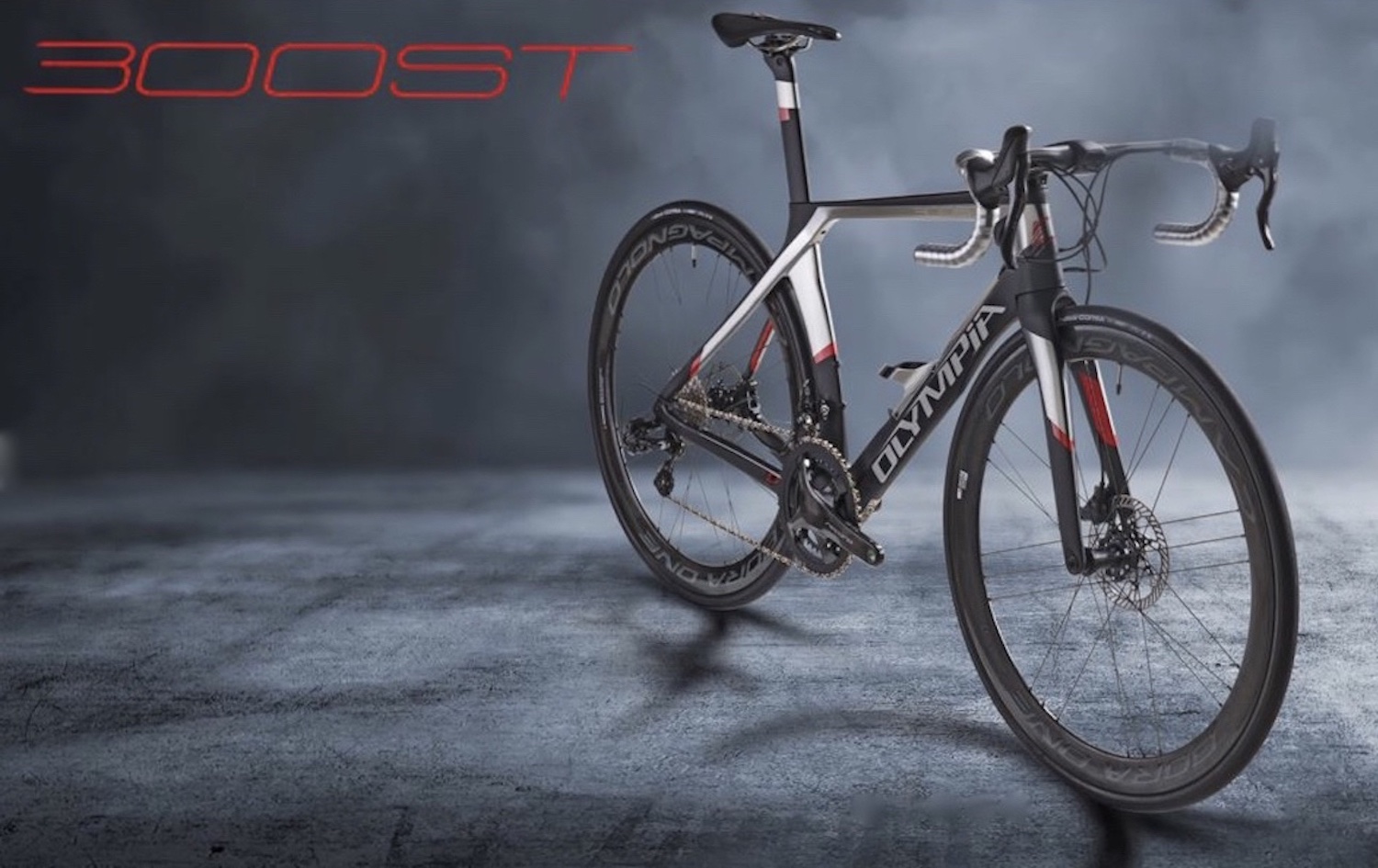 There are very few bicycle companies that can boast having a lineage that dates back almost a century, let alone 125 years like Olympia can. And, to celebrate its century and a quarter anniversary, the Italian marque has launched a new road bike called the Boost.

According to Olympia, the Boost is all about cheating the wind, which features all of the traits one would expect to see on a road bike seeking to capitalize on the ever-popular aero trend such as uniquely shaped tube profiles aimed at reducing drag, a fork crown that has been recessed into the downtube, a sculptured seattube that hugs the wheel while also providing enough clearance for 28mm tires, a concealed seatpost clamp and full internal cable routing.

The frameset itself, is fabricated from high modulus T1000 carbon fiber to ensure an optimal stiffness to weight ratio, while flat-mount, hydraulic disc brakes with internally routing and 12mm thru-axles are an option alongside a caliper brake version.

Not surprisingly, the Boost also comprises an aerodynamically shaped handlebar, stem and spacer set-up, which is again aimed at adding to the bike’s overall slipperiness.

The Boost also features a bottle cage that’s integrated into the downtube, again all in the name of aerodynamic efficiency.

There’s no specific word on pricing or builds for the Boost, other than what Olympia has chosen to outfit the bike in the images provided, which shows models equipped with a Shimano Dura-Ace Di2 and Campagnolo Record 12-speed groupset.

Boost, the road bike created to celebrate Olympia’s 125th Anniversary, is now also available in the Disc version. The T1000 carbon monocoque frame has been optimised for this type of braking system. Boost was designed to work at best with size 28 tires, the top of micro-bump response efficiency. The frame incorporates the harnesses, the seat post and the highly advanced handlebar connector, as well as the derailleur support and the carbon fiber bottle cage.