What do Olympic Athletes Actually Eat? 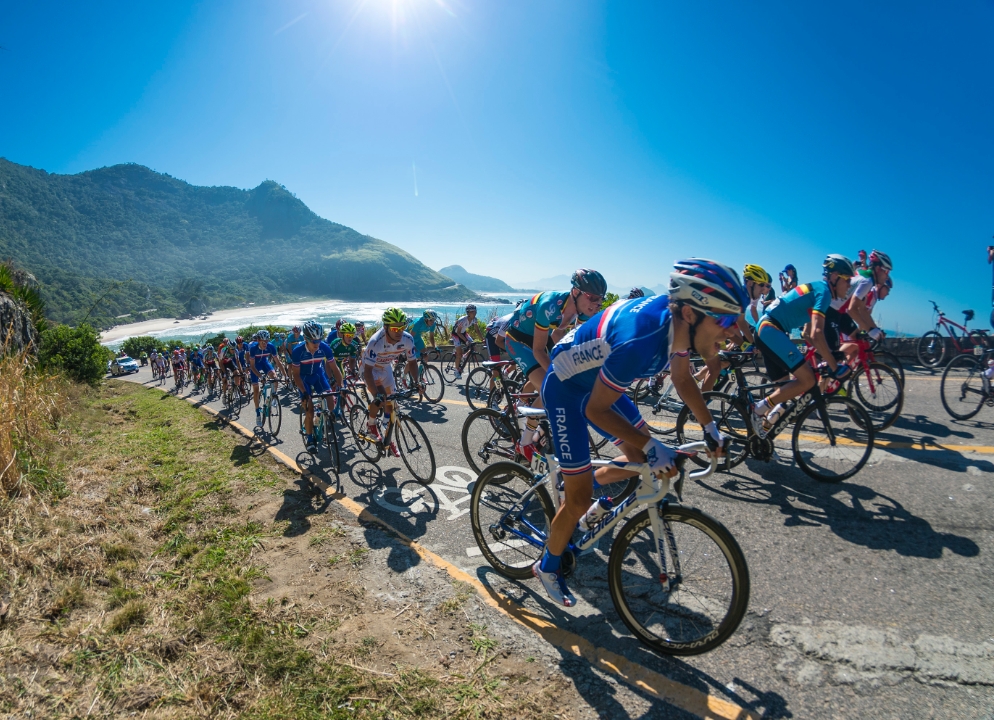 The Olympics are now in full swing, with more than 10,500 athletes from 205 different countries in Rio de Janeiro for the summer games. At this elite level the winning margins are increasingly narrow – and when all else is equal the difference between gold and silver may come down to something as seemingly simple as what an athlete eats. But of course, what’s on the menu is far from simple, and in the athletes village in Rio a team of 2,500 will be working around the clock to serve 60,000 meals a day.

At this level, elite athletes are likely to take a personalised approach to their nutrition – with their diets meticulously planned, tested, and often underpinned by the latest research – which has exploded over the past few years and continues to grow at a rapid rate.

But the meticulous approach to food and diet taken by modern day Olympians is in stark contrast to some of the earliest ancient Greek athletes. Take Charmis, the Spartan winner of the Olympic short sprint in 668BC, who is reported to have eaten a special diet of dried figs throughout the games. While other typical early Olympians lived sparingly on barley bread and cheese.

The ancient Greek trainer Pythagoras – not to be confused with the famous Greek philosopher and mathematician – then introduced the concept of eating meat into the diets of athletes in the middle of the fifth century. And from there athletes didn’t look back and one of the first to incorporate meat into his training diet was middle distance runner Dromeus of Stymhalos. He had two victories in the dolichos (long-foot race) at both Olympia and the Pythian Games, three at Isthmian, and five victories at the Nemian games – which led to meat being seriously considered as a nutritional strategy.

The first detailed recording of dietary intakes during the modern Olympic games didn’t appear until the 1936 Berlin Games. Here, a study of athletes’ diets found that many would dine on two steaks a meal, and sometimes poultry – with nearly half a kilogram of meat eaten daily – while pre-event meals consisted of three steaks, eggs and meat extract.

The study also found that other athletes would stress the importance of high carbohydrate intake with the Brits consuming large quantities of porridge and the Italians pasta. This was further supported with reports that some athletes would eat diets so high in carbohydrate, that they consumed 6,700-7,300 calories a day. Perhaps this was the first indication of sport and event-specific nutrition, but sadly neither of the studies correlated food intake with sporting event or performance outcomes.

It is now known of course, that one of the most significant ways to enhance endurance performance – such as marathon running – is indeed by eating carbohydrate before a race. This is because during exercise, the body’s carbohydrate stores can be diminished, and carbohydrates are important to athletes because they can help to improve endurance performance for events of 60 to 90 minutes. So because of this, elite endurance athletes are now often advised to eat carbohydrates 24 to 36 hours before competition. For a 65kg athlete this would work out at 650 grams a day, and would be spread across multiple meals from a variety of carbohydrate sources – such as bread, potatoes, rice or pasta.

As well as pre-feeding, taking on carbohydrate during an event can also improve physical, cognitive and technical aspects of performance. And in events lasting between 30 and 60 minutes swilling a carbohydrate solution around the mouth and spitting it out may be enough to keep the body working that little bit longer.

In relation to exercise training, however, it is now thought that strategic periods of reduced carbohydrate and elevated protein intake may actually be more beneficial.

For modern athletes, events with higher exercise intensities and short durations – such as track sprint cycling – can also be enhanced by nutritional strategy. Athletes will often take the naturally occurring amino acid beta-alanine – as a nutritional supplement. This is because it can enhance high-intensity exercise by balancing the muscle pH which naturally drops during this type of exercise. Put simply, a drop in muscle pH is a major contributor to muscle fatigue. And by supplementing with beta-alanine it stops this fatigue from happening so quickly.

Beetroot juice has also received substantial recent interest due to its possible performance enhancing effects. Drinking it both before – usually up to 2.5 hours – and after (more than six days) may improve exercise capacity by decreasing the “oxygen cost” – which is basically the amount of oxygen used in exercise. So by drinking beetroot juice an athlete can become more economical in their performance.

Specific performance nutrition can also help to prevent illness by providing the correct amount of energy and macronutrients to match the energy needs of training, and to prevent fatigue. Recent research also suggests that probiotic and prebiotics might also be beneficial to athletes because they can help to enhance the immune system – reducing the number of upper respiratory tract infections during a winter period of training and competition – when these types of infections are more prevalent.

But in the pursuit of Olympic glory ultimately nutrition is just one component in the arsenal that athletes have. Since ancient Greece, food has been seen as integral to performance, and with a growing body of evidence showing that performance nutrition can be the difference between places on the podium, it makes sense for athletes to carefully consider what they are putting into their bodies. Because after all, the saying goes, you are what you eat – and it seems this couldn’t be more true for our world class medal winners.