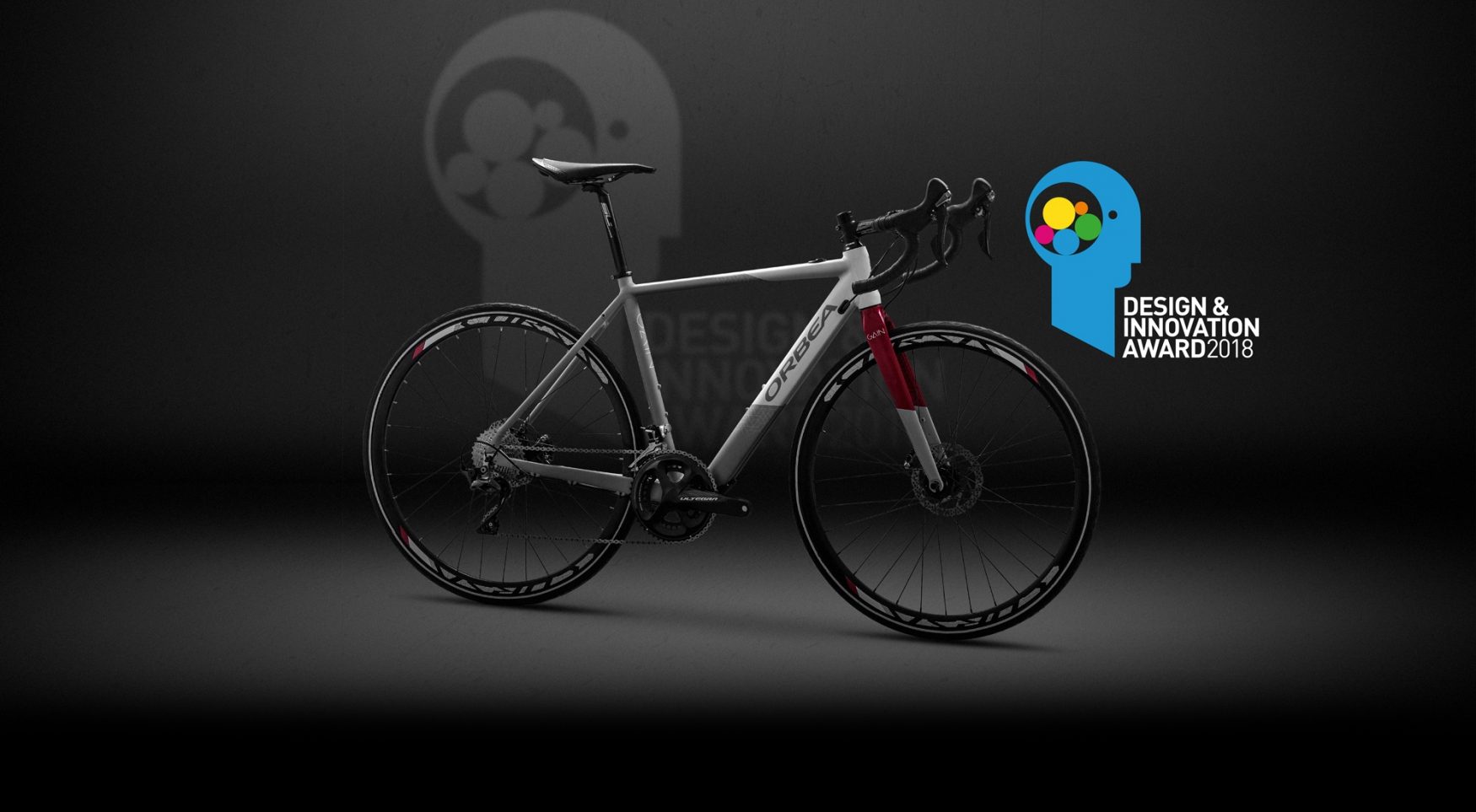 Orbea’s hybrid electric road bike called the GAIN was the recent recipient of a Design and Innovation Award for, well, for its designed and innovation.

Among the several accolades the GAIN received from the jury were, “the GAIN, they indicate that “will change the lives of many cyclists, allowing them to rediscover their two-wheeled freedom” and the “pioneering work” done by Orbea’s engineers to create “a simple but well-functioning electric road bike”. ” It possesses a very high level of performance from both its software and powerful 250 W Ebikemotion X35 motor and stylishly integrated battery and rear hub motor”.

On the surface, the GAIN looks the part of a traditional road bike. However, one doesn’t have to scratch too deeply to discover a small charging port at the base of the down tube, which Orbea calls its C.A.N (Controller Area Network), the remote built into the top tube and the extra cable running along each chainstay to a conspicuously large rear hub.

According to Orbea, the electric-drive system, including battery, motor, port and controller, adds about 7 pounds to the GAIN.

Orbea accomplishes this by using a battery that’s considerably smaller than a typical e-bike, yet the Spanish brand claims the system is still capable of 60 plus miles of riding or 3,000 feet of climbing at speeds upwards of 15 mph.

If this falls short of your expectations, Orbea also offers a separate external booster battery for longer rides.

The GAIN’s X35 hub uses a proprietary cassette lockring that is embedded with 20 magnets, which in turn are detected by a sensor that’s  integrated into the dropout that sends information to the motor control unit that adjusts the power output accordingly.

However, unlike other ebikes that use a hub-based motor, removing the GAIN’s rear wheel is a cinch, which only requires unplugging the six-pin connector with a 6mm Allen wrench before opening the quick release.

Versatility was also a key ingredient that went into the development of the GAIN, as evidenced by generous tire clearance, mudguard and rack mounts, hydraulic, flat-mount disc brakes and a relaxed geometry that places it smack-dab in the gravel/endurance bike segment.

The Design & Innovation Awards are given by experts, professional testers and journalists from the magazines GRAN FONDO Cycling Magazine, E-MOUNTAINBIKE Magazine and ENDURO Mountainbike Magazine, who performed more than 6,000 hours of tests to reach their verdict.

With the GAIN, the Spanish brand Orbea wants to democratize road cycling. Starting at € 1,999, this electric road bike comes with a stylishly integrated battery and rear hub motor, creating a variety of applications extending from commuting or group rides with differing fitness levels to long adventures with extended range. Both the software and hardware of the powerful 250 W Ebikemotion X35 motor are on a very high level; an app allows you to finetune the system and record your rides. With this first generation, the Spaniards have done important pioneering work and launched a simple but well-functioning electric road bike. There is still room for improvement in the bike’s handling characteristics, mainly due to the unbalanced weight distribution. However, the Orbea GAIN is an electric road bike that will change the lives of many cyclists, allowing them to rediscover their two-wheeled freedom.