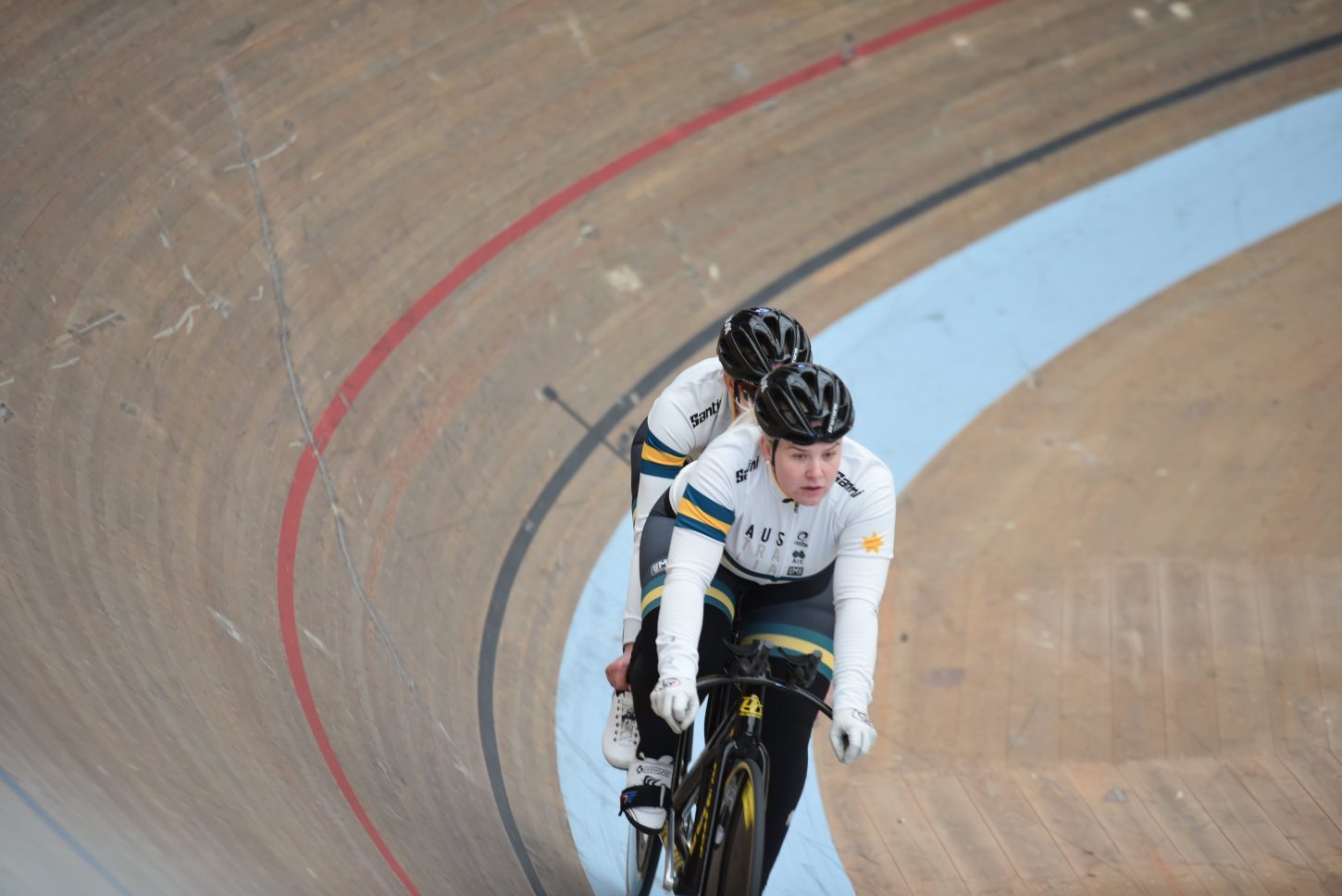 Just a few weeks out from the UCI Para-cycling Track World Championships, 13 para-cyclists are putting the final touches to their preparation at the UCI World Cycling Center (WCC) in Aigle, Switzerland.

The 2019 UCI Para-cycling Track World Championships will take place in Apeldoorn, the Netherlands, from March 14 to 17.

The two-week training camp – organised by the UCI WCC and funded by the International Paralympic Committee (IPC) – is helping the athletes fine-tune technique and tactics, and work on their core strength. Similar camps have been held before previous editions of the UCI World Championships.

“It is a great group of athletes and they are incredibly motivated,” said coach Steve Cronshaw. “Probably one of the hardest aspects is ensuring they don’t do too much and get too tired. But after the last two camps here we had some PBs (personal best times) at the Worlds so we must be doing something right! It is important that they enjoy the camp because a happy athlete is a successful athlete.”

One of the two women tandems taking part in the camp is the Australian pair of Jessica Gallagher and her pilot Madison Janssen. Sprint UCI World Champions in 2016, the pair would dearly love to return to the top step of the podium after two silver medals, in the sprint and time trial, at last year’s Worlds in Rio.

“The competition is getting even stronger in the lead up to the Tokyo Paralympics,” explains Gallagher, time trial bronze medallist at the Rio 2016 Paralympics. “This training camp is a new experience for us. We have never trained alongside other tandems, and the World Cycling Center has everything we need.”

She added that the two-week training camp also enabled them to acclimatize to the European time zone and temperatures.

For Indonesian C4 athlete Muhammad Imammuddin, Apeldoorn will be his first UCI World Championships. A former motorcycle racer, he was celebrating victory at the Indonesian round of the 2015 Asia Road Racing Championship when he was hit from behind by another motorbike. His injury eventually required the amputation of his leg. Less than a year later, he was para-cycling, and last year won three medals – including gold in the C4 pursuit – at the Asian Para Games.

The Indonesian athlete has now set his sights on the Tokyo 2020 Paralympic Games and hopes to earn points towards qualification at the Worlds in Apeldoorn.

“I am learning so much from Steve,” he said. “We have been working on the standing starts, pursuit relays, and doing core exercises in the gym. I’m learning what I need and after these two weeks I will be a better cyclist.”

The relative newcomer to para-cycling said his opponents in Apeldoorn were very strong.

“I am a bit nervous but I will do my best and try to get some points. Then I hope I can come back to the World Cycling Center again.”