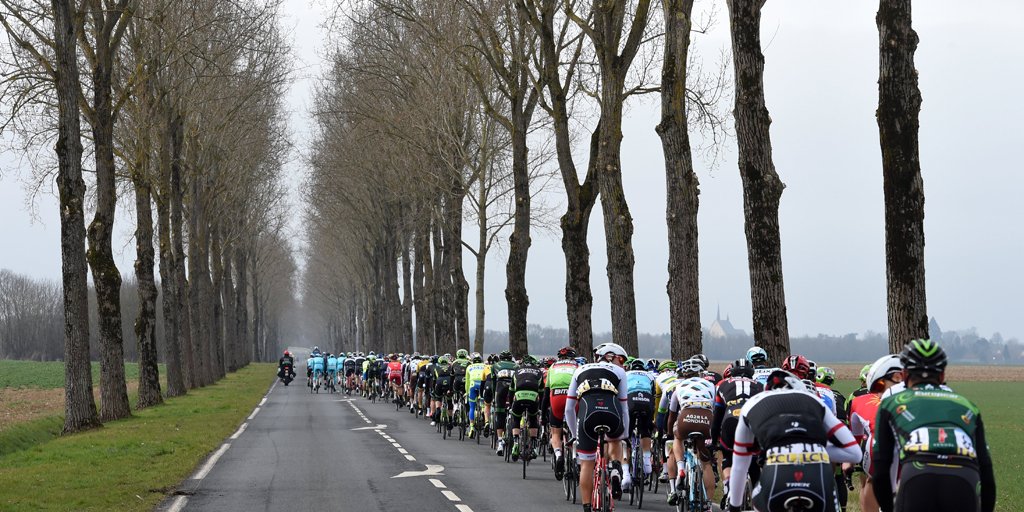 Matthews was awarded the win in a tight finish that saw Nacer Bouhanni (Cofidis Solutions Credits) relegated for interfering with the 25-year-old’s sprint during the finish into Commentry.

“He (Bouhanni) changed his line a little bit in the sprint,” explained Matthews, who was promoted from second to first place. “When you’ve opened up your sprint after a hard stage like that it’s hard to sprint in a straight line.”

“I think I probably would have come past him in the sprint, but it’s racing. It’s unfortunate it needs to be like that but it is what it is. As you could see I had a lot of speed when I was coming past, so it would have been a win either way.

“It’s definitely amazing to get another stage win – that’s two out of three now. It was an uphill sprint so it suited me a lot better than yesterday.”

After a close finish the commissaries took the decision to place Bouhanni down from first to third place, consequently giving Matthews the victory and ten bonus seconds, which now increases his lead in the general classification by 14seconds.

Orica-GreeenEdge’s Sport director, Laurenzo Lapage, was again thrilled with the team’s efforts today and expressed how taking the victory and retaining the lead in the race was an added bonus.

“We saw again a great team and everyone did their job,” Lapage said. “Winning the stage was good, we didn’t know with all the sprinters here on a stage like this, but that shows again Matthews’ condition against the other WorldTour riders.”

Tomorrow the riders face another tough 168km stage with five category three climbs and a steep climb to the finish line.

“We will keep the same race plan as we had at the start coming into this tour,” continued Lapage. “That’s with Matthews going for the stage wins and possibly overall and Simon Yates for the overall.”

“Of course with Michael now in the yellow jersey we have to work hard in tomorrow’s stage and also with the last hard climb up to the finish.”

Similar to yesterday’s stage, four riders rode away from the peloton in the early stages working together to create an advantage of over ten minutes.

ORICA-GreenEDGE once again sent riders to the front of the peloton, with New Zealader Sam Bewley and Australian Mitch Docker working hard for the majority of the stage controlling the breakaway’s advantage.

As the race progressed and the breakaway’s time gap continued to grow, Etixx Quickstep came forward and joined the duo. The two teams rode for endless kilometers gradually reeling in the four riders.

Despite the cooler temperatures, the riders were pleased with the absence of rain or snow during the 213.5km stage. It was down to the final 50 kilometers when Team Katusha placed riders at the fore, as it appeared the peloton were determined for a bunch sprint.

As the riders headed through the finish line with only one short loop to complete, the breakaway continued to dangle ahead of the peloton but saw their advantage reduced to 25seconds.

The pace rapidly picked up as the riders were prepared for a fast, ferocious bunch sprint and the remains of the break were finally swallowed up.

With help of his two teammates Daryl Impey and Magnus Cort in the final one and a half kilometers, Matthews placed himself perfectly for the uphill sprint.

In the final meters interference from Bouhanni caused him to be relegated down to third place with Matthews taking the victory and ten bonus seconds. The victory helped Matthews to extend his lead in the general classification also retain the green sprint jersey going into stage three.