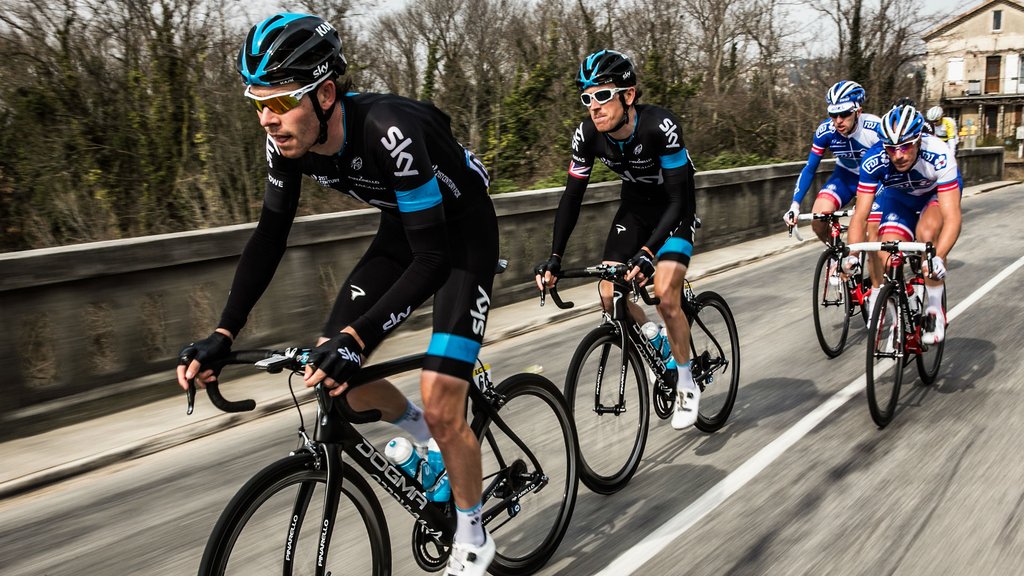 Nacer Bouhanni redeemed himself by winning stage 4 of Paris – Nice today, after the French rider was relegated by race officials during Tuesday’s stage 2 for aggressive riding against Michael Matthews (Orica-GreenEdge) during the sprint finale.

But today, Bouhanni surged out of the Cofidis-led peloton to win the sprint ahead of Edward Theuns (Trek-Segafredo) and Andre Greipel (Lotto-Soudal), making up for his disappointment on Tuesday.

Meanwhile, race leader Michael Matthews (Orica-GreenEdge) finished in fifth behind Alexander Kristoff (Katusha), to retain his grip on the overall race lead, with a 14-second lead over Tom Dumoulin (Giant-Alpecin), with Patrick Bevin of Cannondale remaining in third at 19 seconds back.

However, a watchful peloton never let the escapees stray beyond an advantage of just a few minutes, before the climb of the Côte de Saint-Uze, shook up the breakaway group at the 32 kilometer mark.

From there, Voeckler decided to dispatch his breakaway companions and set out alone, while a series of crashes and mechanical failures proceeded to plague the peloton.

Cresting the the top of the Côte de Saint-Uze, Nathan Hass (Dimension Data) couldn’t contain his enthusiasm any longer, as the breakaway group was hovering at less than a minute away – he went out on the attack.

However, in the course of doing so, Haas misjudged a bend in the road, and subsequently found himself stuck in a field.

Meanwhile, Voeckler began to fade out front. And, it wasn’t long before the French rider was caught and passed by Sep Vanmarcke (LottoNl-Jumbo) and Delio Fernández Cruz (Deklo Marseille Provence KTM), who were being led by his teammate Sylvain Chavanel.

With 7 kilometers to go, the trio had opened up a slight gap of just 15 seconds over a reduced peloton, while Matthews, Bouhanni, and Kristoff kept up a fierce pace back in the chase.

Heading into the final 2 kilometers, Katusha and Cofidis were leading the pursuit in earnest, as the lead trio continued to remain outside of their grasp.

However, during the last kilometer, the escapees were eventually caught, paving the way for Katusha and Cofidis to usher their sprinters into position.

During closing few hundred meters, Bouhanni proved he had the impetus he needed to hold-off his rivals in a final dash for the line.