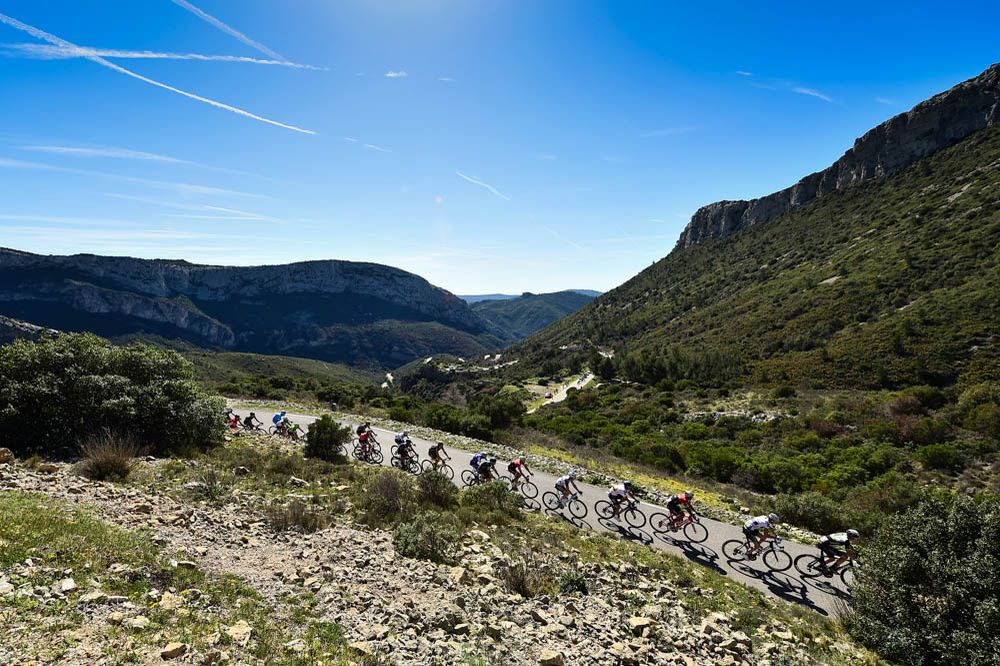 ORICA-Scott’s Simon Yates claimed stage 6 of Paris-Nice today, after attacking during the final kilometers to seize a solo victory in the uphill finish to Fayance.

“I had a small idea about trying something, but it all depended on how I felt and the conditions,” Yates said. “It got to the moment, and I said to myself ‘why not? I haven’t got anything to lose so if I get caught I get caught’. So I tried, and I’m just happy it worked.”

“It’s one of the biggest races we do, and one of the hardest week-long races. I’m really happy to be able to win again – it’s my first win of the season, and I hope this continues for a good year.”

From there, the breakaway group went on to establish an advantage of more than five minutes over the peloton.

However, once the escapees reached the first ascent of the Col de Bourigaille, the breakaway group began to disintegrate, leaving just De Marchi and Sepulveda out front.

Back in the peloton, Alberto Contador (Trek-Segafredo) decided to attack, prompting Alaphilippe to respond quickly – followed by his QuickStep teammate Dan Martin and Sergio Henao (Sky).

During the second ascent of the Bourigaille, Alapphilippe and Henao had succeeded in opening up a gap of approximately half a minute over the chase.

However, the two riders were eventually reclaimed by the peloton with 21 kilometers to go.

Shortly thereafter, Simon Yates (Orica-Scott) launched his winning move 600 meters before the summit, and quickly opened up a 12-second  gap over the peloton as he crested the summit.

Yates continued to open up his lead along the descent, later hitting the final climb with a 46 second lead over the chase with 1.2 kilometers to go.

Back in the main group, Richie Porte decided to attack along the final climb, but rather than let a non-threatening rider go clear, Alaphilippe decided to shut down the Australian rider’s aggressions and stamp his authority on the race.

Still, a determined Porte decided to attack again, only to have his move countered by Henao this time.

At one point, Alaphilippe appeared to be struggling to stay on terms with Henao along the steep ascent.

Nevertheless, he managed to limit his losses by finishing within 12 seconds of the Colombian rider.