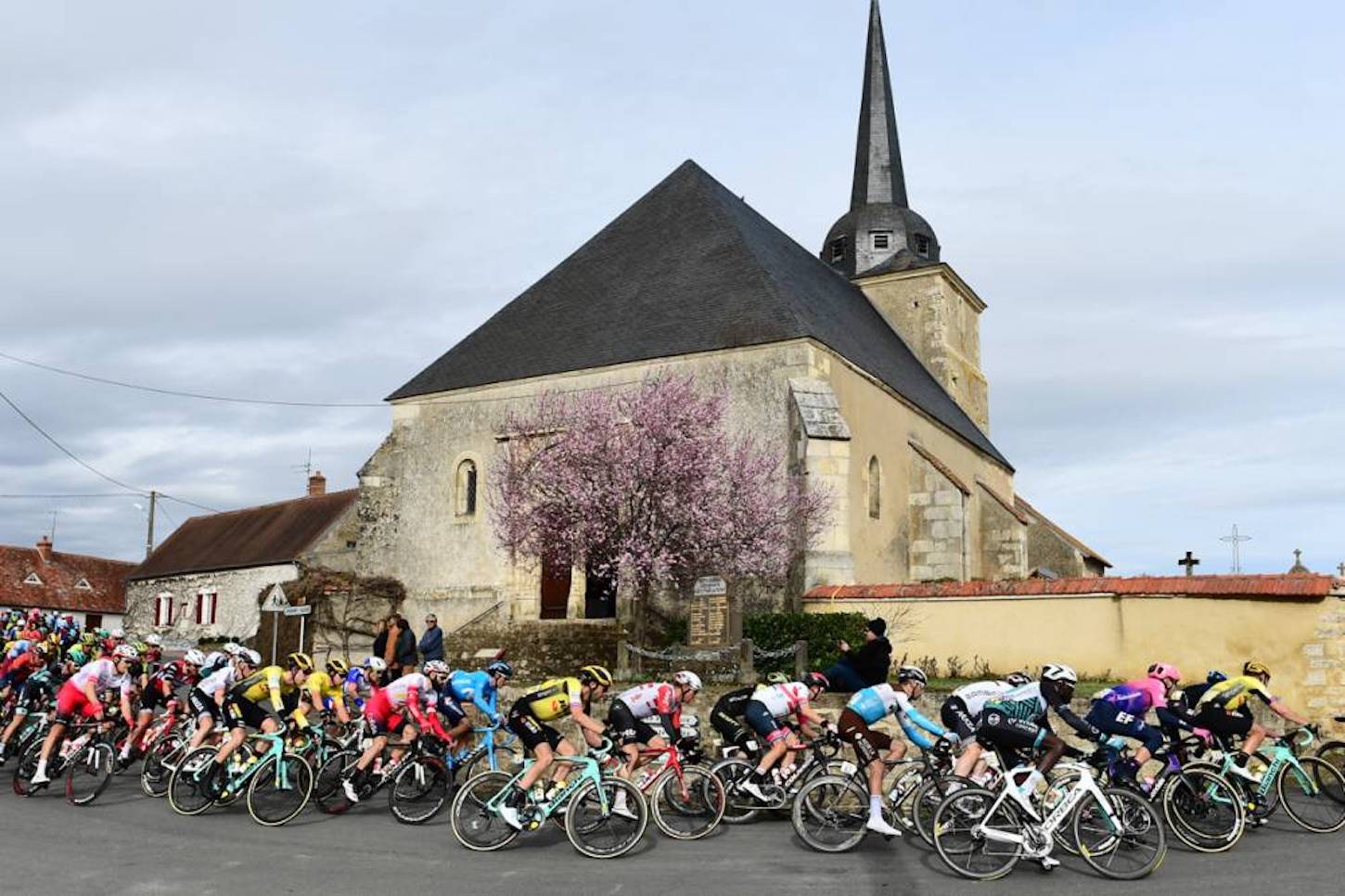 Sam Bennett produced a powerhouse finish to claim victory in stage 3 of Paris-Nice today, after the Irish rider held-off a challenge from Caleb Ewan (Lotto-Soudal) during the closing 200 meters.

Last year’s winner, Marc Soler, was involved in a crash during the first few kilometers, which also claimed Domen Novak (Bahrian-Merida) as a casualty as well – ultimately forcing the Slovenian rider to abandon the race.

But, with the exception of Navardauskas, the escapees’ efforts were quickly neutralized after just 6 kilometers.

Up front, Navardauskas was soon joined by teammate Alessandro Fedeli, subsequently opening up a sizable gap of 5:35 kilometers.

However, with 70 kilometers still remaining, the duo’s lead had been reduced to around 2 minutes.

But, a determined peloton eventually reined-in the two Delko-Marseille-Provence riders with 38 kilometers to go.

Not long after, tragedy struck the peloton again, as a few riders crashed along a narrow road leading to a bridge, bringing a large portion of the main field to a halt.

While nobody was injured, the pile-up forced riders like Soler, Simon Yates (Mitchelton-Scott) and Miguel Angel Lopez (Astana) to chase their way back into the peloton.

With 20 kilometers to go, the field was back together again, with Kwiatkowski once more claiming the second intermediate sprint in Bagneux ahead of teammate Egan Bernal.

As a result, the two Sky riders appeared to have taken the sprinters off of their guard during the last 3 kilometers.

This especially disrupted Groenewegen’s teammates who failed to deliver their leader into position to contest a fast-charging Bennett with Ewan on his wheel.