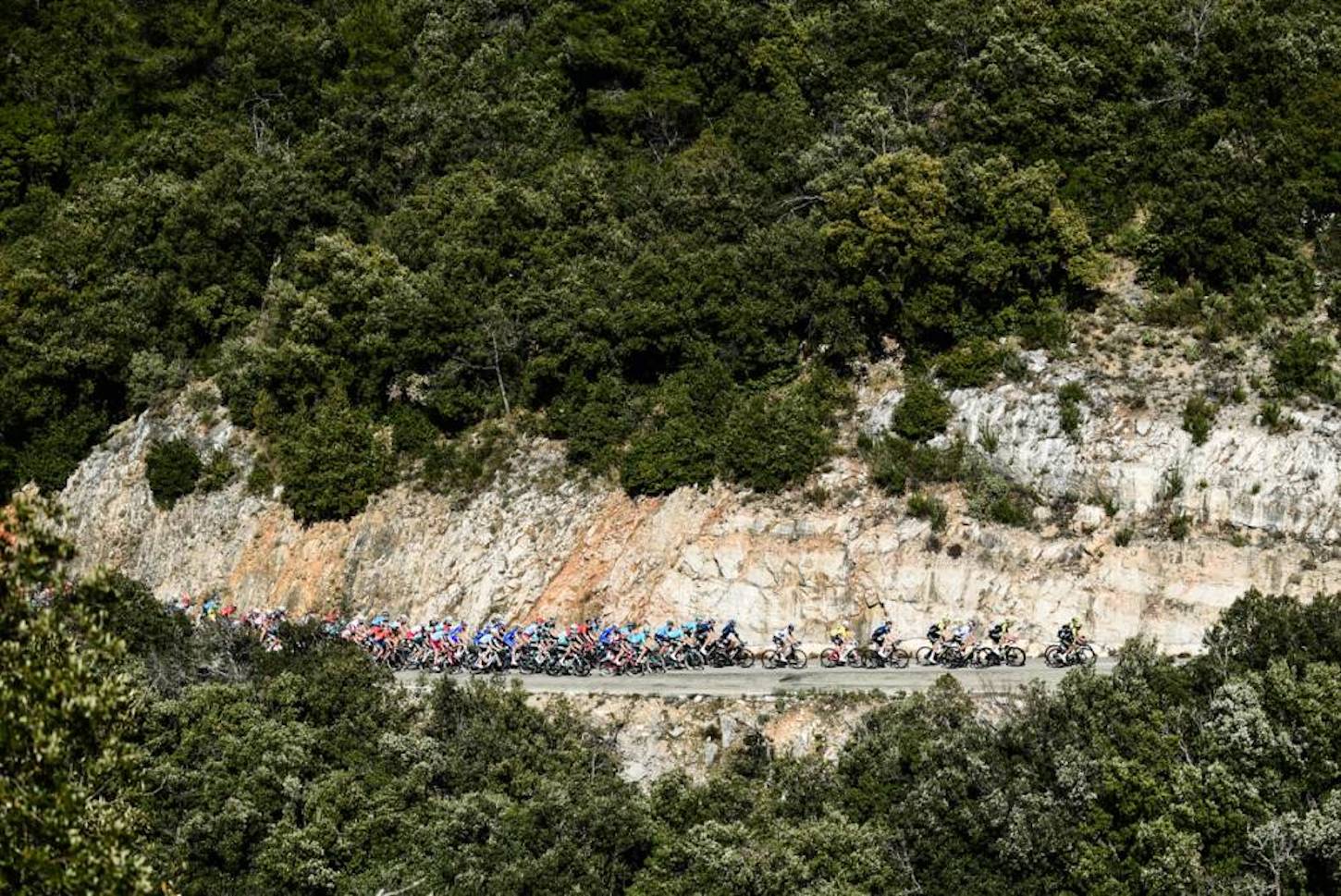 Sam Bennett (BORA-hangrohe) continued his winning ways, after the Irish rider claimed his second stage victory in Paris-Nice today, nixing  Arnaud Demare on the line to snatch the honors in Brignoles.

As a result, Bennett wrested the Green Jersey from the shoulders of Dylan Groenewegen (Jumbo-Visma), who won the first two stages, while Michal Kwiatkowski (Sky) finished safely in the peloton to retain his grip on the Yellow Jersey.

Lilian Calmejane (Direct Energie) was the first rider to animate things in today’s 176.5 kilometer route, who was quickly joined by Alex Kirsch (Trek-Segafredo), Laurent Pichon (Arkea Samsic) and Mauro Finetto (Delko-Marseille-Provence). But, it wasn’t long before Calmejane jettisoned his fellow breakaway companion and took to the front alone.

However, after the first climb of the day, the Cote de la Sainte-Baume, the peloton was successful reining in all of the leaders.

From there, the peloton split, with riders like Thomas De Gendt (Looto-Soudal) trapped at the back of pack during the approach to the Cote de Mazaugues, as well as Simon Yates and Groenewegen who also found themselves stuck in the bunch.

Mitchelton-Scott later took over the pace setting duties, hoping to pave the way for Matteo Trentin. But, a crash with 12 kilometers to go, briefly slowed the peloton, claiming Rafael Valls (Movistar) and Jan Bakelants (Sunweb) as casualties.

The peloton quickly regrouped though, with the notable exception of Groenewegen, Fabio Jakobsen (Deceuninck-Quick Step) and Andre Greipel (Arkea Samsic), who lost contact.

As the stage was shaping up for a sprint finale, Kwitakowski claimed the last intermediate sprint ahead of Sanchez, while another late crash with 3 kilometers to go thwarted the chances of Caleb Ewan (Lotto-Soudal) and Christophe Laporte (Cofidis) of winning the stage.

Meanwhile, Groupama-FDJ seized the reins during the last kilometer, moving Demare into position.

But, Bennett was quick to follow in his slipstream, emerging from the French rider’s wheel with a final surge to pipe his rival on the line.