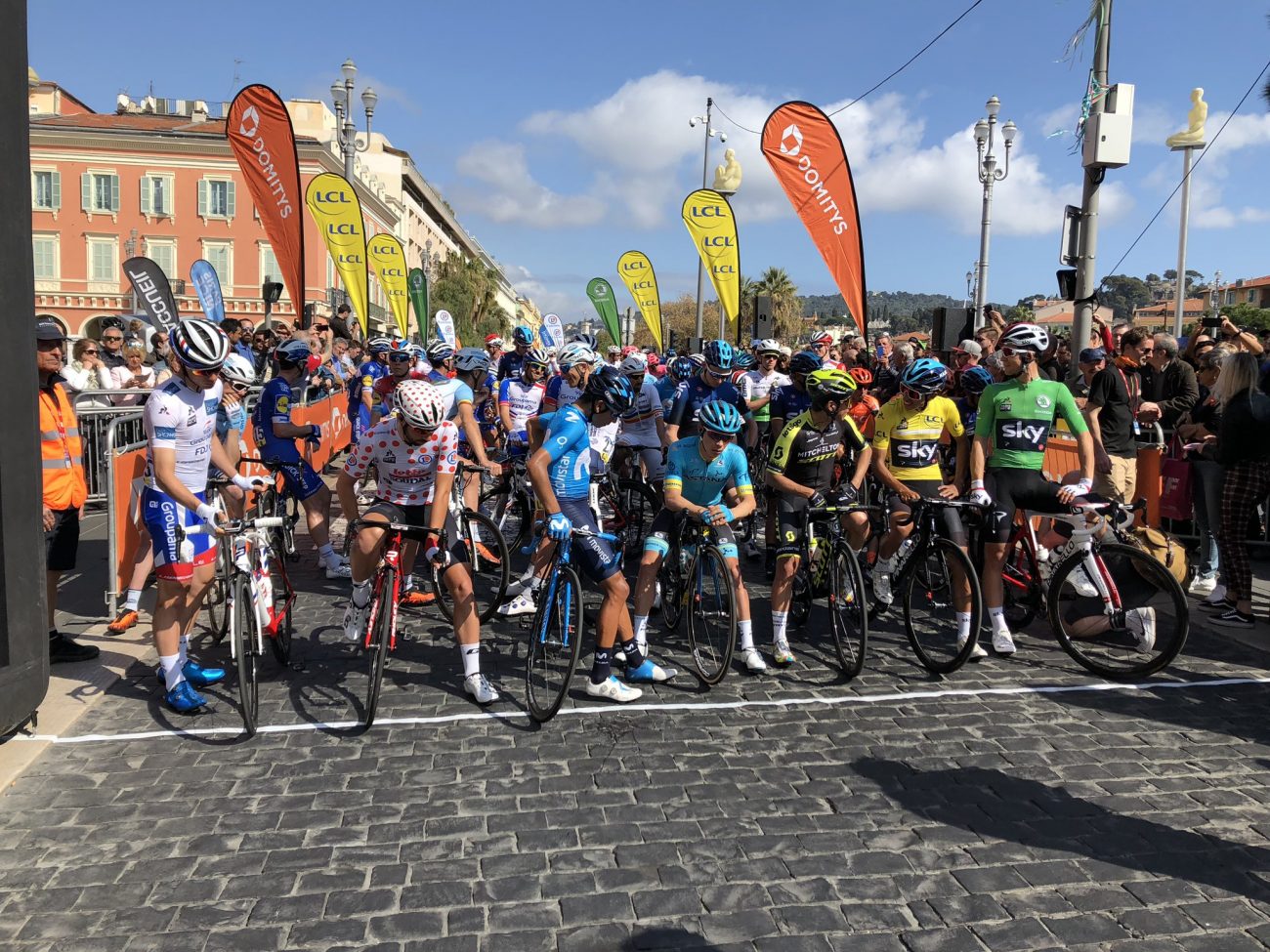 Ion Izagirre (Astana) claimed the final stage in this year’s Paris-Nice today, after the Spanish rider attacked on the last final climb of the day to leave behind the remnants of an elite group of riders led by Nairo Quintana.

The Astana rider ultimately built-up enough of a gap to easily hold-off any challenges from Oliver Naesen (AG2R La Mondiale) and Wilco Kelderman (Team Sunweb) to seize the stage honors.

At the top of the Cote de Levens, Thomas De Gendt picked seven points to strengthened his KOM jersey. But, along the descent Matteo Trentin broke clear and reached the top of Cote de Chateauneuf with a 10-second lead over his former breakaway companions.

Tejay Van Garderen (Education First) and Julien El Fares (Delko-Marseille-Provence) proceeded to give chase along the Col de Calaison and reached the top alongside the European champion with a 30-second lead over the chase.

On the Cote de Peille, Van Garderen went on his own, while Quintana surged at the front of the peloton and joined forces with teammates Marc Soler and Hector Carrretero to try and upset Team Sky and his compatriot Bernal.

With a 50-second lead over the Bernal group, Quintana found himself the virtual leader of the race, especially after winning the intermediate sprint of La Turbie.

On the Col d’Eze, while he lost his teammate Soler, Quintana took the race into his hands, reaching the summit with a 55-second lead over the yellow jersey group.

On the descent, the former Giro and Vuelta winner joined forces with Martinez and Van Garderen, with a gap that still remained around one minute.

Descending into Nice, Quintana expressed discontent with his breakaway companions for not working with him.

Izagirre responded by attacking, quickly heading out on his own.

Despite an attempt from Yates towards the top of the climb, nobody came close to the Spaniard, who had the win in hand so long as he stayed upright on the descent.

Further back, the work from Team Sky saw Bernal close in on Quintana enough so that, on the descent into Nice, the destination of the yellow jersey was more or less set.

Bernal and Kwiatkowski were part of a small group that crossed the line just four-seconds behind Quintana, confirming the makeup of the final podium and another Team Sky victory at Paris-Nice.