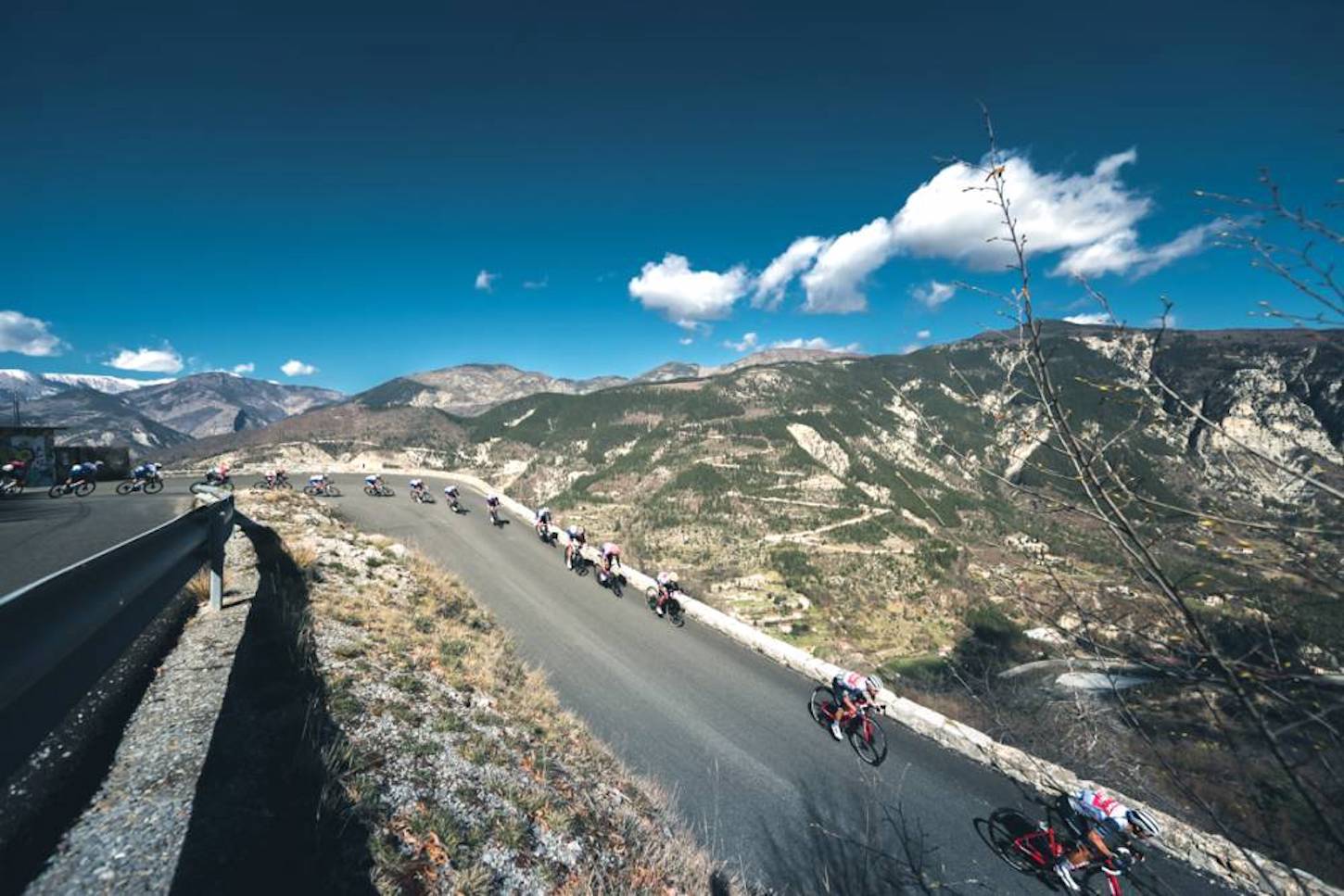 Nairo Quintana climes the final stage of Paris-Nice today, after the Colombian rider commenced a blistering attack with less then 4 kilometers to go, leaving his rivals unable to respond.

The Benoot played his final card with just over a kilometer remaining, accelerating away from his rivals while Quintana already up the road.

The Belgian rider initially succeeded in opening up a slight gap, but Schachmann benefited from a chase being led by Higuita and was able to limit his losses to just 12 seconds, preserving his overall lead to Benoot by 18 seconds.

Higuita finished third overall at 59 seconds, followed by Nibali in fourth at 1:16 and Thibaut Pinot (Groupama-FDJ) was fifth overall at 1:24.

Anthony Perez (Cofidis) and Benoit Cosnefroy (Ag2R) attacked from the gun. At kilometer 15, the main contenders in this Paris-Nice tried to break clear and join the two escapees.

At the top of the 1st category ascent, Edet collected ten more points for the KOM classification ahead of De Gendt and Alaphilippe.

The escapees maintained a stable lead over the pack, led by Bora-Hansgrohe riders and at the top of Col de la Sigale, Edet had secured enough points to clinch the polka-dot jersey. He still added seven points to wrap it up on Cote de St Antonin (2nd cat).

With 45 kilometers left, Perez was dropped by his former breakaway companions as the gap gradually decreased. Nans Peters (Ag2R) crashed and was forced out with a shoulder injury.

At the foot of the last climb, Alaphilippe, Paret-Peintre, De Gendt and Bettiol were clinging to 1:10 advantage over the peloton, led by Max Schachmann’s team-mates.

The breakaway group blew up as soon as the road kiched-up, with De Gendt setting out on his own while Alaphilippe and Paret-Peintre tried to limit the damage before faltering during the last 10 kilometers.

While Bardet briefly tried to attack with 7 kilometers to go, the group lost Elissonde and Kragh-Andersen.

Richie Porte led for most of the climb, along with Nibali and Schachmann on his wheel. But, nobody could react when Quintana attacked with under 4 kilometers to go.

From there, the Colombian rider proved to be in a class above the rest of the contenders, who all attacked in turn but to no avail.

Benoot was the last man to try his luck, hoping to make up his 36-seconds deficit in the final kilometer. It was a brave attempt, but an exhausted Schachman managed to retain 18 seconds and snatch his most prestigious victory of his career, while Benoot had the consolation of clinching the green jersey, and Higuita was award the best young rider.