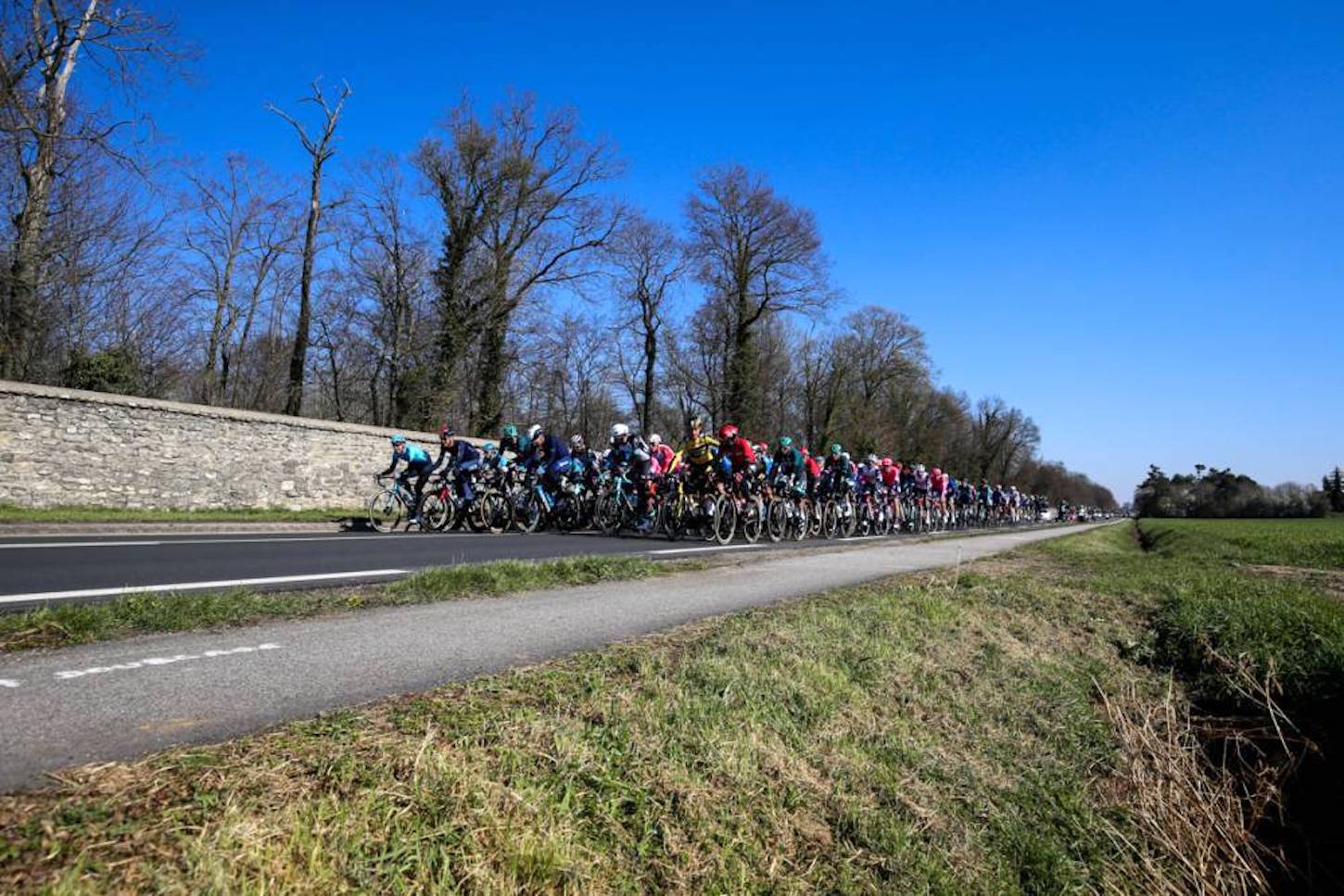 Sam Bennet (Deceuninck-QuickStep) won the opening stage of Paris-Nice today, beating Arnaud Demare (Groupama-FDJ) and Mads Pedersen (Trek-Segafredo) during a hotly contested sprint that was marred by a late crash with less than a kilometer to go.

Fabien Doubey (Team Total Direct Energie) was the first rider to escape the clutches of the peloton during today’s 166 kilometer stage that started and finished in Saint-Cyr-L’Ecole.

However, their adventure was eventually brought to a close with 30 kilometers remaining.

From there, Lotto Soudal’s Kobe Goosens tried his luck. But, he too was reined in with 17 kilometers to go.

A fury of attacks from several riders followed from there, but none were able to stick.

Teams then started amassing at the front, as the race began building up for an inevitable sprint finale. But, a crash plagued the peloton just under the flamme rouge, ensnaring a number of riders.

Back up front, Bora-hansgrohe was the first team to try and launch Pascal Ackermann. But, their efforts came too soon, as Bennett powered his way to front, nixing Demare and Pedersen on the line to claim the first leader’s jersey in this year’s Race to the Sun.