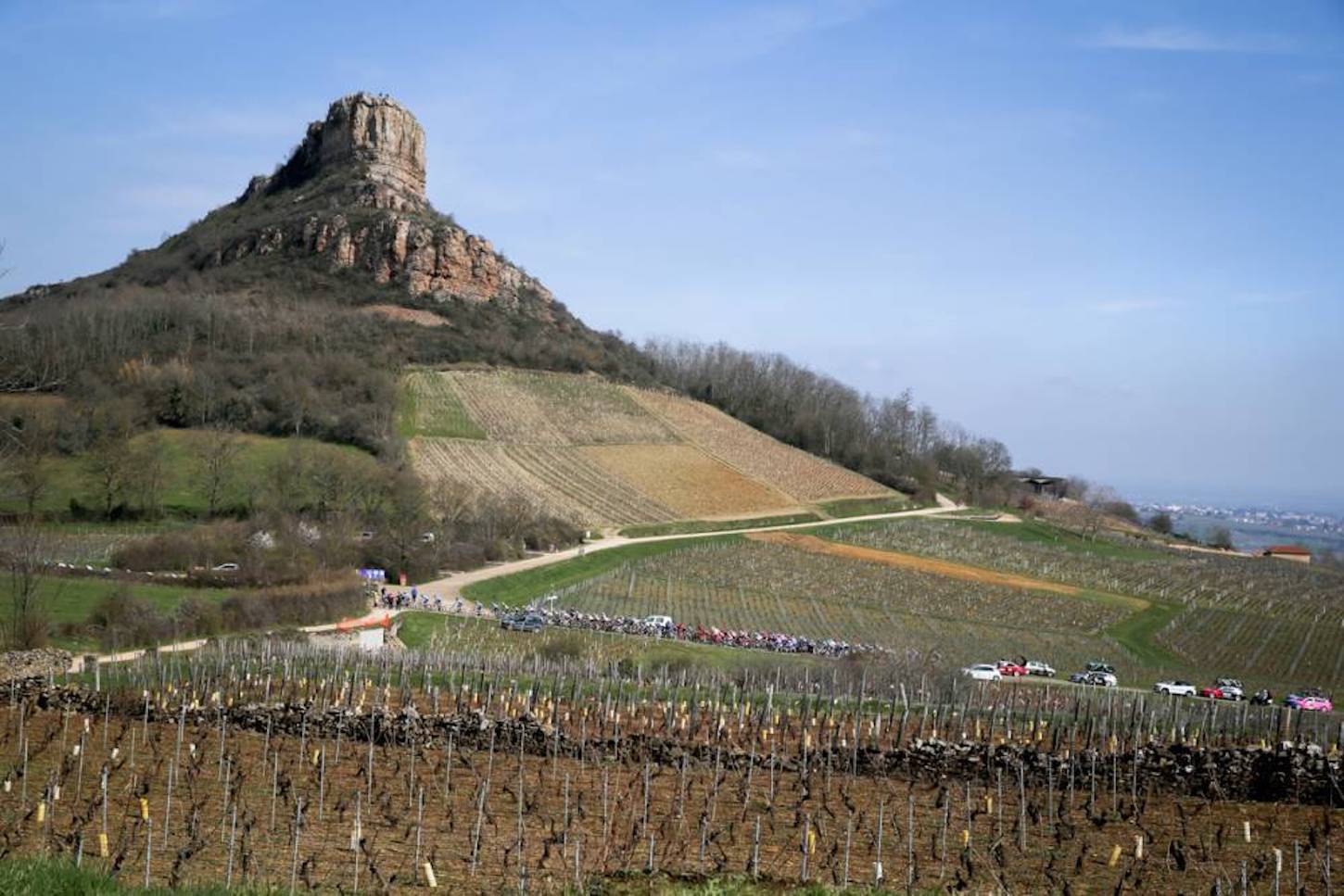 Primož Roglič (Jumbo-Visma) stamped his authority on Paris-Nice today, soloing to victory in the stage 4 summit finish atop Chiroubles and taking over the race lead from Stefan Bissegger (EF Education-Nippo) in the process, while Max Schachmann (Bora-Hansgrohe) took second place, 12 seconds in arrears, followed by Guillaume Martin (Cofidis) who rounded out the podium with the same time.

Today’s victory moved Roglič into the overall race lead with a 35-second advantage, after attacking three kilometers from the finish to take three seconds at the late intermediate sprint in addition to the 10-second bonus at the finish.

“I’m definitely happy about the result, eh,” Roglič said after the stage. “Already yesterday was a nice one. I showed that I proved to myself that we were working good, so yeah, it’s beautiful and I’m super happy that we have two wins [Wout van Aert at Tirreno-Adriatico] for our team today.

Meanwhile, Tao Geoghegan Hart’s hopes in the general classification at Paris-Nice were ended when he crashed during a descent and was subsequently distanced from the peloton.

The crash seemed to be caused when a wheel slipped out in the middle of a turn as the peloton headed downhill.

David Gaudu (Groupama FDJ), also involved in the crash, was able to get back into contact with the peloton with assistance from his team, but Geoghegan Hart was not. As the British Giro champion resumed riding, he seemed to be checking his right wrist for damage, and later it was announced that he had indeed abandoned the race.

Geoghegan Hart was 44 seconds down on GC at the start of the stage and would have needed to capitalise heavily on attacking opportunities in the coming days before the race reaches Nice if he were to challenge for the general classification against the likes of Primoz Roglic.

This is just the latest incident of bad luck to afflict Ineos Grenadiers at Paris-Nice after the team lost Richie Porte on day one to another crash.

Roglič’s winning move was in response to repeated attacks by Total Direct Énergie’s Pierre Latour, but the Slovenian rider immediately gained a gap on the rest despite being chased by Astana-Premier Tech’s Ion Izagirre. He quickly caught and passed late attacker, Izagirre’s teammate Luis León Sánchez, and grabbed bonus seconds at the intermediate sprint before settling into a rhythm on his own.

With a lack of organization or big attacks behind, Roglič’s breezed his way to victory.

In the meantime, overnight race leader Bissegger was dropped from the peloton some 21 kilometers from the line on the second-category climb, ending his time in yellow a day after his superb time trial performance in Gien.