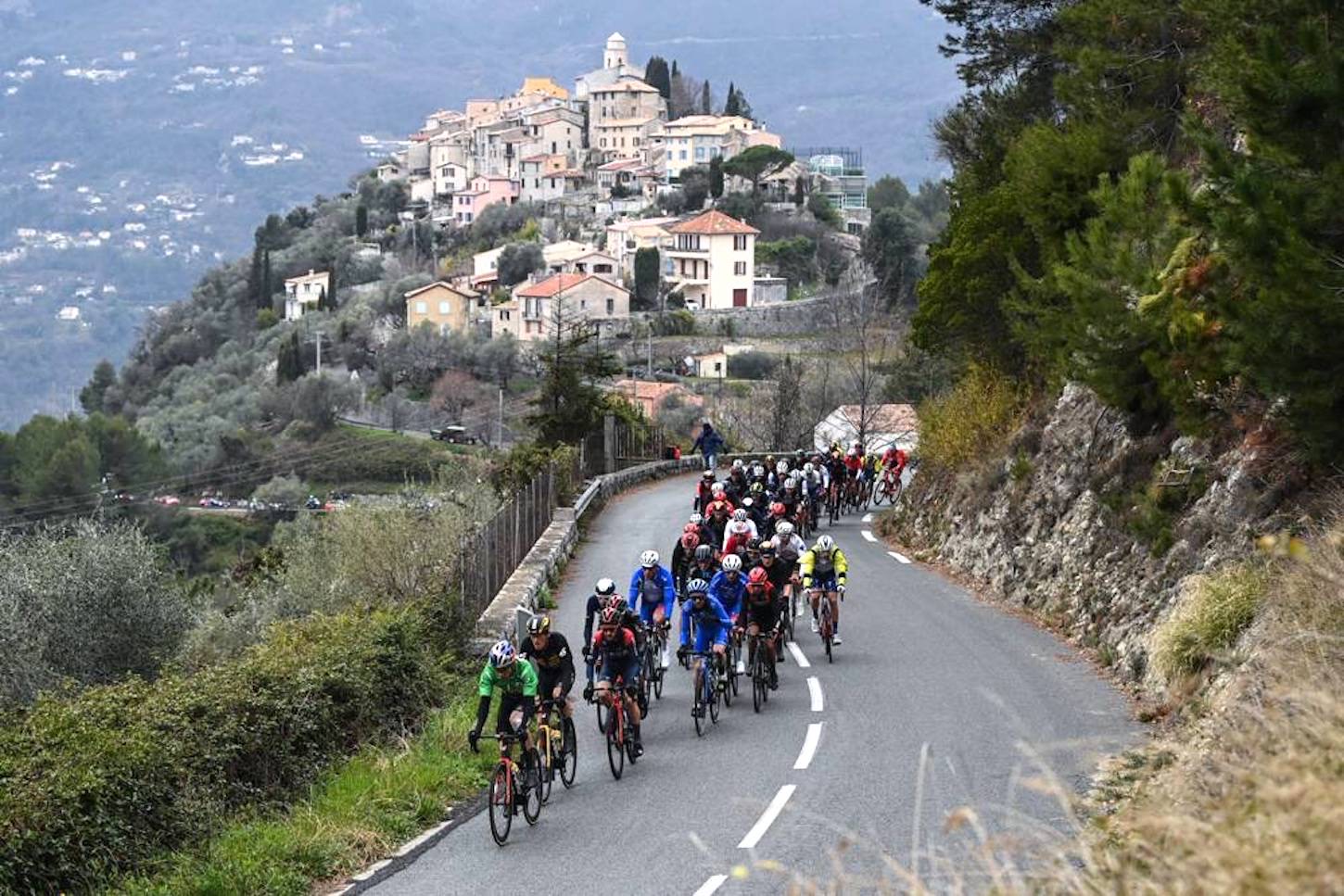 Simon Yates (BikeExchange-Jayco) shook Primoz Roglic (Jumbo-Visma) with a stunning attack on the final day of Paris-Nice, but the Slovenian star retained the overall lead with a strong support from Wout van Aert. The battle was on from the start and the intensity never dropped. Dani Martinez (Ineos Grenadiers) attacked with 50km to go, launching an unbridled battle for the stage win and the overall victory. Yates went solo with 19km to go, on the steep slopes leading to Col d’Èze. He opened a serious gap but Roglic and Van Aert brought it down to under 10’’ on the final run-in to the Promenade des Anglais, where the Slovenian star sealed his 10th victory in a World Tour stage race, the first in France. Following his show of force along the week, Van Aert takes the green jersey home as the winner of the points classification, Valentin Madouas (Groupama-FDJ) dominates the KOM standings and Joao Almeida (UAE Team Emirates) is the best young rider

The peloton have made it to Nice, but the final stage of the Race to the Sun began with rainy conditions.

The explosive course (5 ascents and 2,300m of elevation packed in 115.6km of racing) lead to an all out battle from the start. Attacks flew left and right, but no one managed to get away, even on the first ascent of the day, Côte de Levens (cat. 2). Valentin Madouas (Groupama-FDJ) sustained a puncture, while his teammate Quentin Pacher was the first over the top to defend the polka dot jersey.

The battle was ongoing as attackers tried to get away on the Côte de Châteauneuf (cat. 2). But Primoz Roglic’s Jumbo-Visma were determined to control the day, on the ascents, and on the downhills. Splits appeared as Mauri Vansevenant (Quick-Step Alpha Vinyl) went down. He quickly got back on his bike, and some 30 riders featured in the bunch as they took on the third ascent of the day, côte de Berre-les-Alpes (cat. 3). Aleksandr Vlasov (Bora-Hansgrohe) also had an incident that called for the medical car.

Wout van Aert controlled things for Primoz Roglic (Jumbo-Visma), with only Simon Yates (BikeExchange) and Nairo Quintana (Arkea-Samsic) able to follow them. At the summit, they had opened up a gap of 1’ to their first chasers, including Adam Yates (Ineos Grenadiers), Joao Almeida (UAE Team Emirates) and Jack Haig (Bahrain Victorious).

Simon Yates went for the bonus seconds in La Turbie (km 81.1), while Van Aert drove the front group as the situation settled until Martinez suffers a rear wheel puncture with 31km to go. He’s caught by the chase group at the bottom of the climb to Col d’Èze, with 21km to go, 40’’ behind the leaders.

Yates attacked on the steep slopes of the “chemin des vinaigriers”. Roglic couldn’t keep up and the British climber as he went solo. At the summit, he had opened a gap of 25’’ to Roglic and Van Aert. Quintana trailed by 55’’. Martinez, Guillaume Martin (Cofidis) and Brandon McNulty (UAE Team Emirates) followed with a gap of 1’25’’.

Yates’ lead is extended 28’’ on the downhill, but Van Aert and Roglic worked together to bring the gap down to 8’’ as they entered the last 5km.

On the line, Yates took the stage win 9’’ ahead of Van Aert and Roglic, whose sigh of relief illustrates the intensity of the day’s battles.