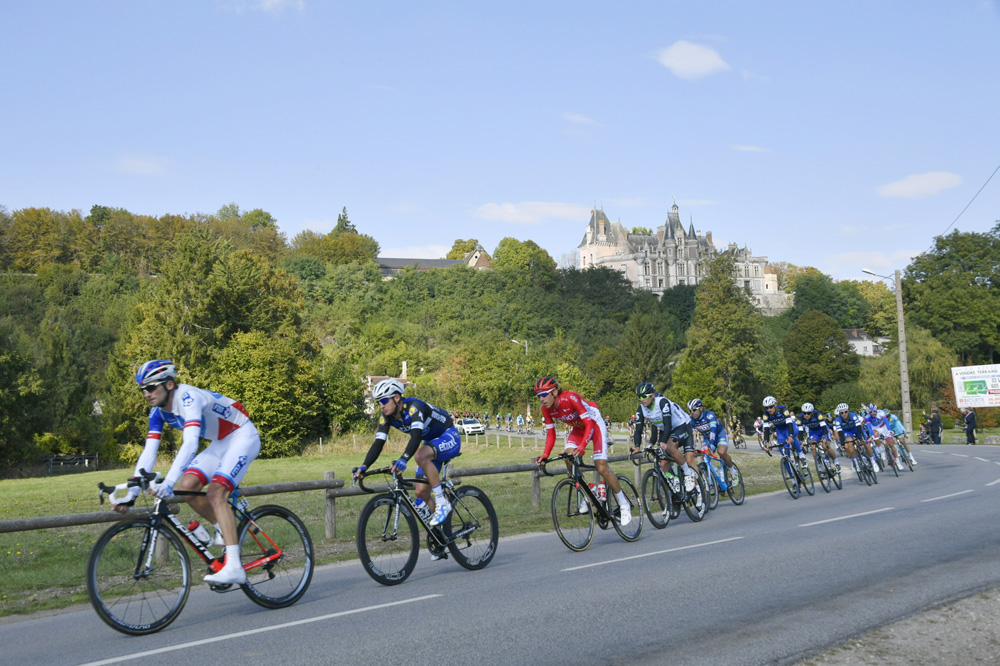 Fernando Gaviria (Etixx-QuickStep) claimed victory in today’s Paris-Tours, after the Colombian rider delivered a well-timed attack during the final  500 meters that caught the rest of peloton off-guard and unable to close the gap.

Greg Van Avermaet (BMC Racing) put in an attack during the day’s only real climb. But, given the route’s mostly flat parcours, it wasn’t long before the Belgian rider was quickly reeled back in by the peloton.

From there, Katusha‘s Sergey Lagutin and Giant-Alpecin’s Bert de Backer, succeeded in riding clear during the final 15 kilometers.

Meanwhile, back in the peloton Team Cofidis was hard at work trying to keep their man Nacer Bouhanni in position to contest the inevitable sprint, as were Lotto-Soudal, IAM Cycling and Team Sky, who were busy ushering their respective sprinters into place as well.

With just 7 kilometers to go, the two escapees were eventually caught.

Heading to the final 1500 meters, Team Sky took control of the peloton from Cofidis, as the British team proceeded to lead-out its top sprinter, Elia Viviani.

However, the Italian rider began to fade during the final run-in to the finish, with Gaviria commencing his winning move along the opposite side of the road.

Indeed, Gaviria’s bold move served to catch the peloton by surprise, as the Etixx-QuickStep rider quickly opened up a 20 meter gap during the final straight – to cap-off his season with a seventh victory.