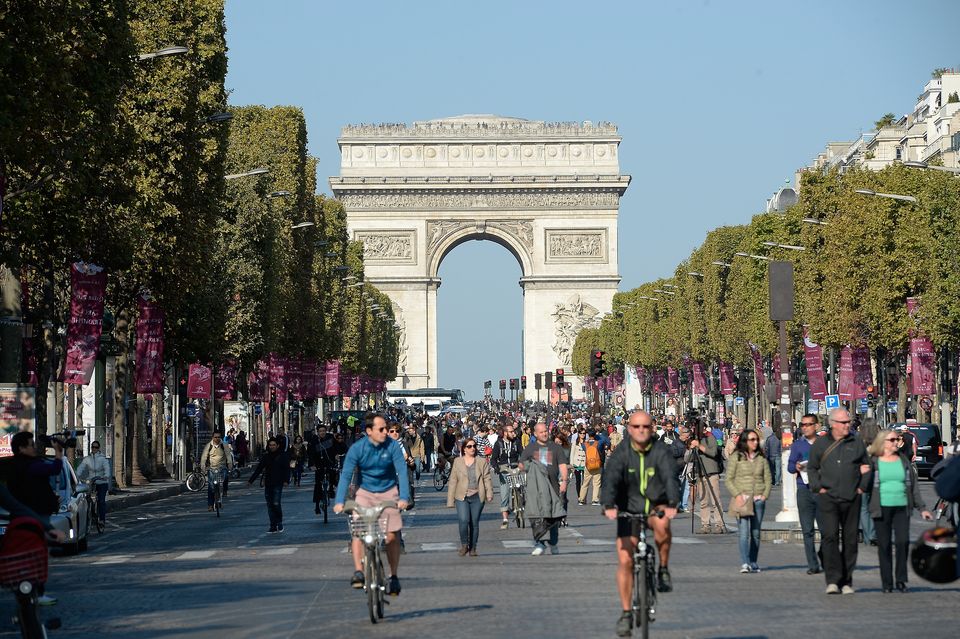 The city of Paris went car-free on Sunday, giving a nod to city’s bike culture and the health conscience alike.

This was the city’s first such initiative, which was supported by Mayor Anne Hidalgo, who told the French newspaper, Le Parisien, the goal was to show that “Paris can operate without cars.”

The event comes two months before the United Nations World Climate Conference, which is set to take place in Paris at the end of this year.

The car ban was limited to one-third of the city, stretching between Bastille and the Champs Elysées, and the outer Bois de Boulogne and Bois de Vincennes. It was in effect between 11 a.m. and 6 p.m.

France has the highest percentage of diesel cars on the road in Europe, as successive governments have subsidised the fuel, making it cheaper than petrol. The Volkswagen scandal over emissions-rigging has increased pressure on the French government to act on car pollution.

As Hidalgo has set out to push the city towards less car use and cleaner vehicles, she has vowed to eradicate diesel use in the city by 2020 and plans to extend car-free areas along the Seine.

But Paris’s car-free day was not without controversy, not least because it wasn’t a totally carless day and was limited to only around one-third of the city. After a standoff with police, authorities were only able to make car-free certain parts of the city center, stretching between Bastille and the Champs Elysées, and the outer Bois de Boulogne and Bois de Vincennes, and only between 11am and 6pm.

In the rest of the city, cars were allowed, but could only travel at 10 miles per hour.

Hidalgo, launching the event with other mayors who have already pioneered car-free days, including the mayor of Brussels, said the initiative showed people “are not obliged to move around in a personal car, there are other ways to approach mobility in a city”.

Cylists from a bike collective, Vélorution, gathered at the Place de la République and cycled together, not through the car-free zone but through the streets where cars were allowed, to make their point.

Camille Carnoz of the collective, said: “Today is symbolic, it’s about giving people a dream, showing us what a city could look like without cars, a type of utopia. But we need to go further, with more and larger cycle routes, better parking spots for bicycles, slower speed limits. There’s a lot to be done.”