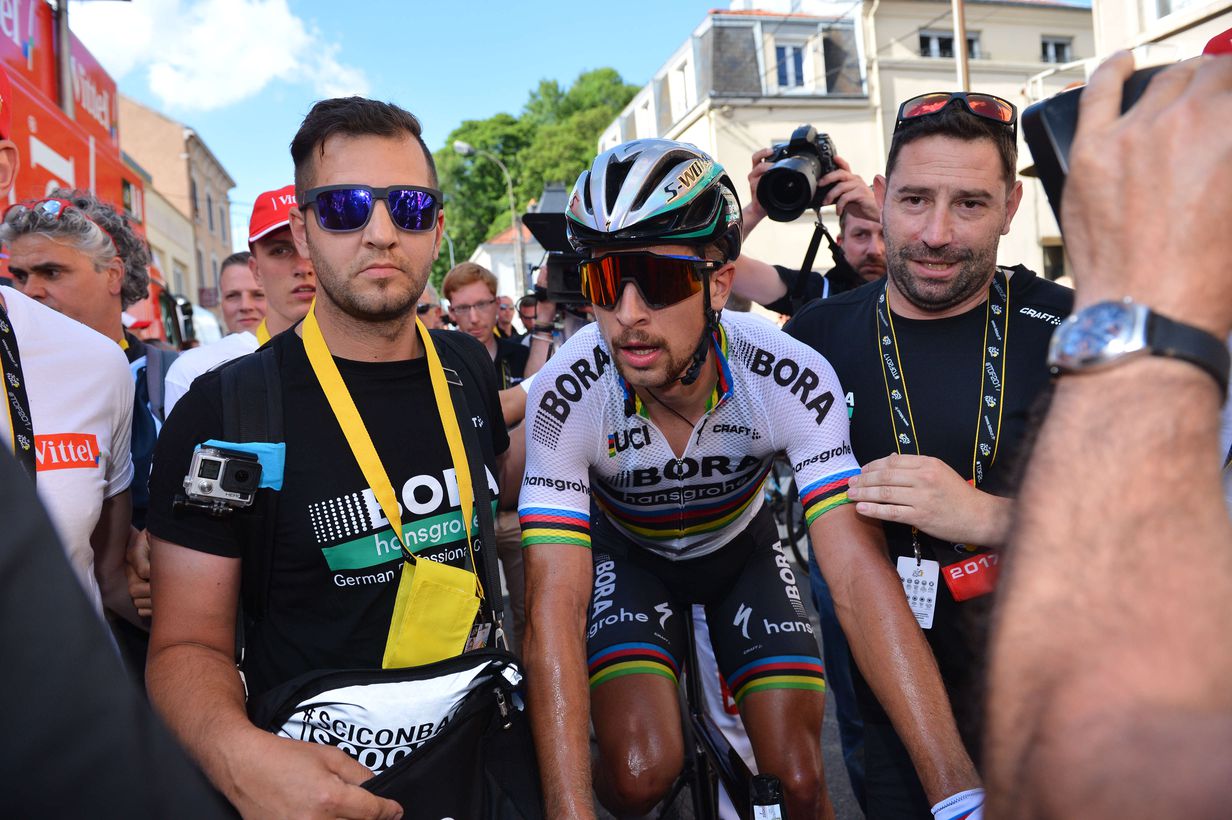 World Champion Peter Sagan was disqualified from the Tour de France today, after causing a crash in a chaotic sprint finish that forced Mark Cavendish out of the race after he sustained a broken shoulder blade.

During the closing 20 meters of tody’s stage, Sagan was accused of elbowing Cavendish, forcing the British rider against the safety barriers, causing two other riders plowed into him.

“We have decided to disqualify Peter Sagan from the 2017 Tour de France after the tumultuous sprint here in Vittel, where he endangered several riders,” the race jury president, Philippe Marien, said, “including Mark Cavendish and others who were involved in the crash.”

Cavendish was taken to a hospital by ambulance with shoulder and finger injuries. Hours after the crash, his Team Dimension Data announced over social media that he had been “forced to withdraw” from the race.

“I’m obviously massively disappointed to get this news about the fracture,” Cavendish said.

Although Sagan went to speak to Cavendish at his bus after the stage, Cavendish said he still wanted an explanation about the elbow.

“I was massively grateful that Peter came directly after the finish to see me,” Cavendish said before going to the hospital, adding: “I’m not a fan of him putting his elbow in like that. I get on with Peter — a crash is a crash — but I’d just like to know about the elbow.”

Sagan, who won Stage 3 on Monday, had moved into second place over all before his disqualification.

After receiving medical treatment on the course, Cavendish crossed the finish line with a bloodied and bandaged hand. When he left for the hospital, he was wearing a sling.

Cavendish’s crash was the second in the final third of a mile. Geraint Thomas of Wales, the overall leader, was taken down in the first crash, along with about a dozen other riders, but he emerged unhurt and retained the leader’s jersey.

“The crash happened right in front of me,” Thomas said. “I had nowhere to go, really.”