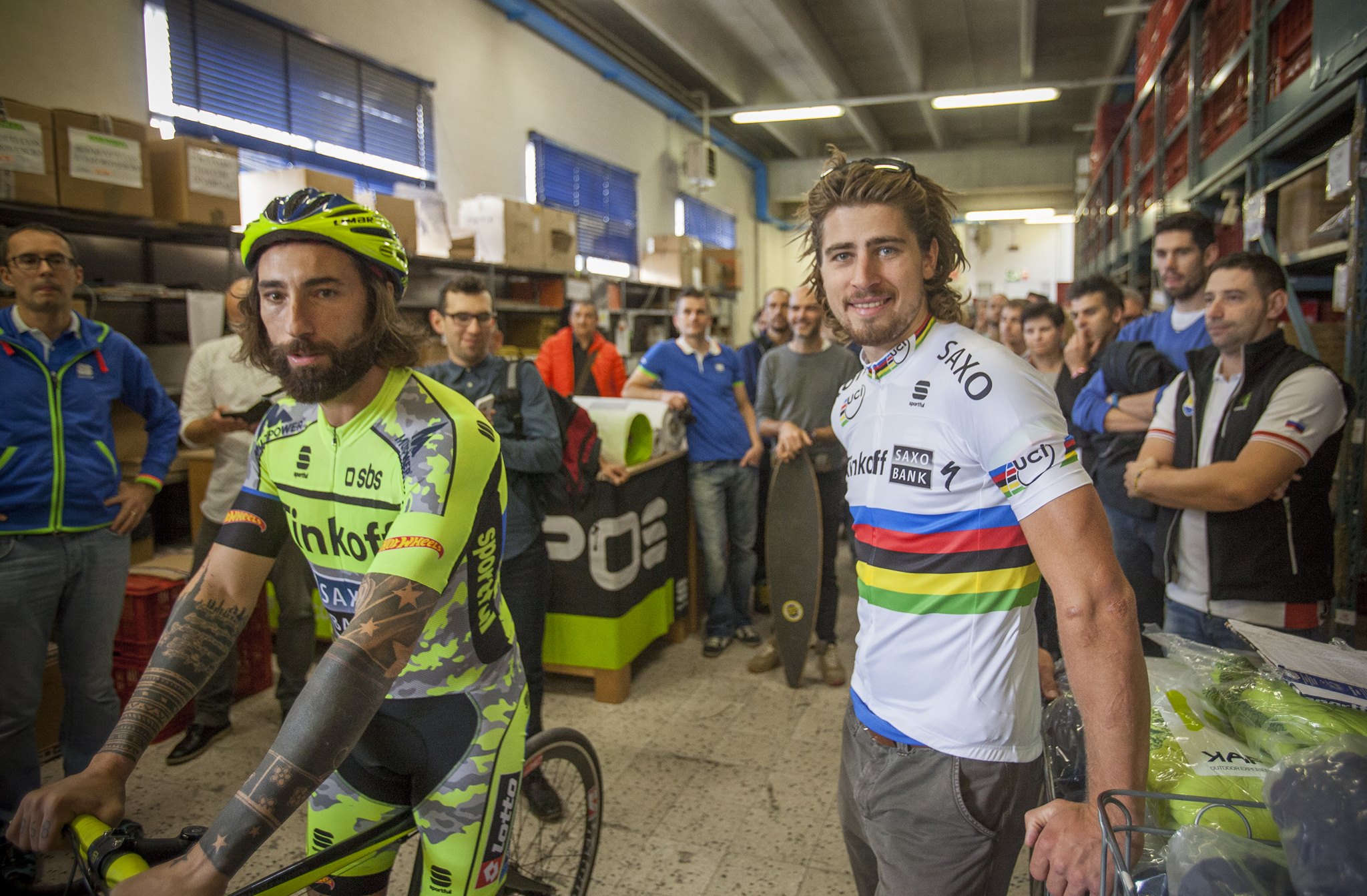 02 Nov 2015
By Campionissimo - In LATEST ARTICLES, THE BROOM WAGON

Peter Sagan visited Sporful’s headquarters over the weekend, to see what goes into the making of his World championship jersey.

While he was there, the Tinkoff-Saxo rider decided to try his hand at bicycle-soccer too. In fact, its looks like Paolo Bettini was called in to do a little goal-keeping.

Even world renown bicycle trials ace, Vittorio Brumotti, was there to take part in the event.