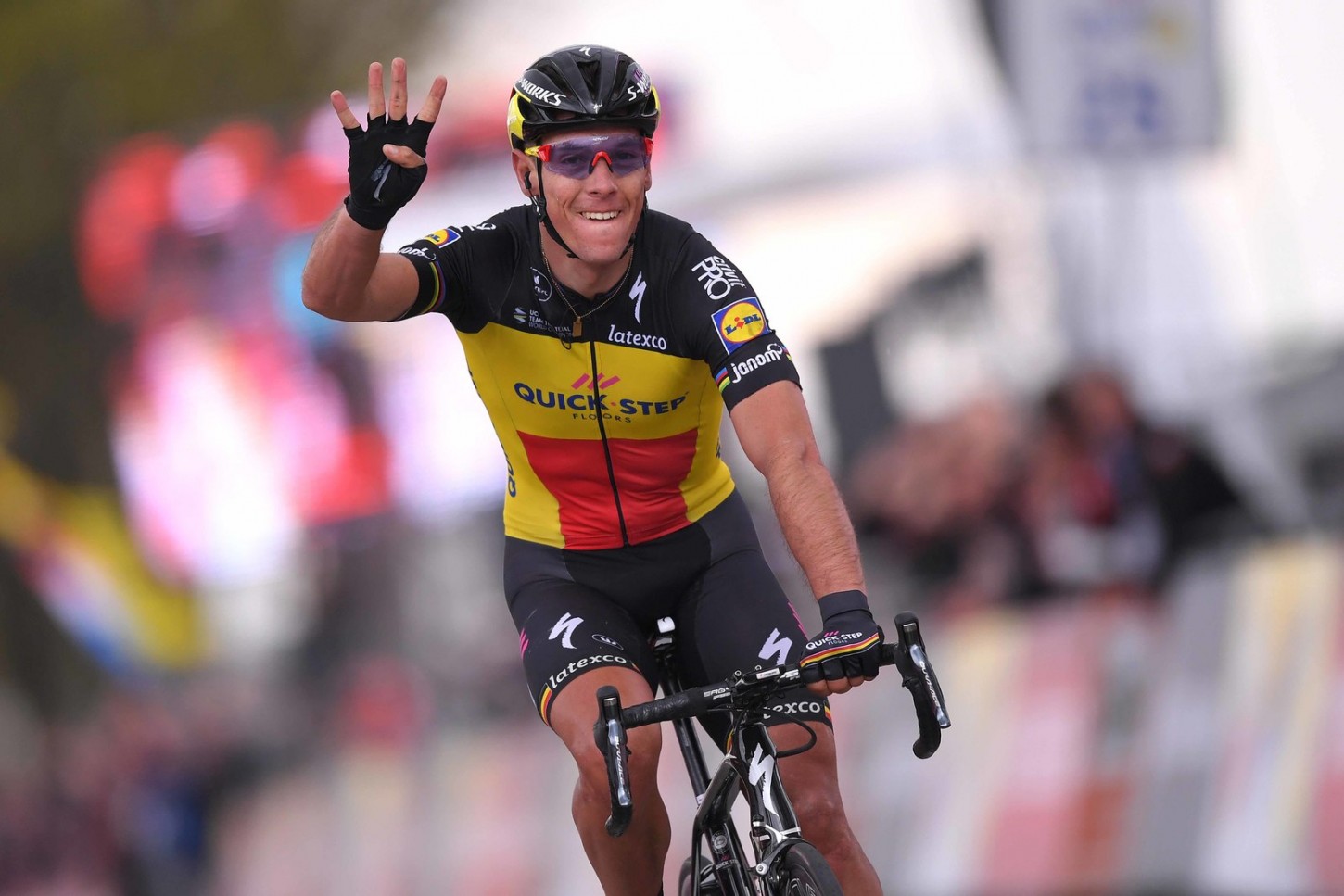 Philippe Gilbert has been sidelined from racing due to a kidney injury, stemming from a crash during yesterday’s Amstel Gold Race.

The Belgian champion was diagnosed with a tear to his right kidney, which will require him to take a week off from from racing in order to recover, consequently ruling him out of Wednesday’s Flèche Wallonne, and this weekend’s Liege-Bastogne-Liege.

“When I crashed, I felt pain, but once I remounted and continued the race things became better and better and the pain disappeared. Unfortunately, after the finish, the lower back pain returned, so together with the team doctor I decided to go to the hospital for a check-up. Fortunately, it’s nothing serious, and if everything goes well, in a week I will start training again,” Gilbert said in a team press release.

Gilbert will remain in hospital under observation for 24 hours before he can be discharged.

Gilbert crashed with around 130 kilometers of the race remaining, alongside Michael Valgren, but quickly rejoined the peloton. He was one of several riders to react when Tiesj Benoot accelerated on the Kruisberg. The group was later joined by Michal Kwiatkowski, who he later rode with to the line after the Polish rider attacked on the Bemelerberg. Gilbert beat Kwiatkowski in a two-man sprint to claim his fourth victory at the Dutch one-day race.

“It’s one of my best years and looking behind on what I achieved makes me very happy. To be competitive in both the cobbled and the Ardennes Classics and to help the team be the best in the world brings me a lot of satisfaction. It’s sad I won’t be there for the remaining races of this week, because I was in great condition, but our squad is a strong one and I’m confident other good results will follow.”