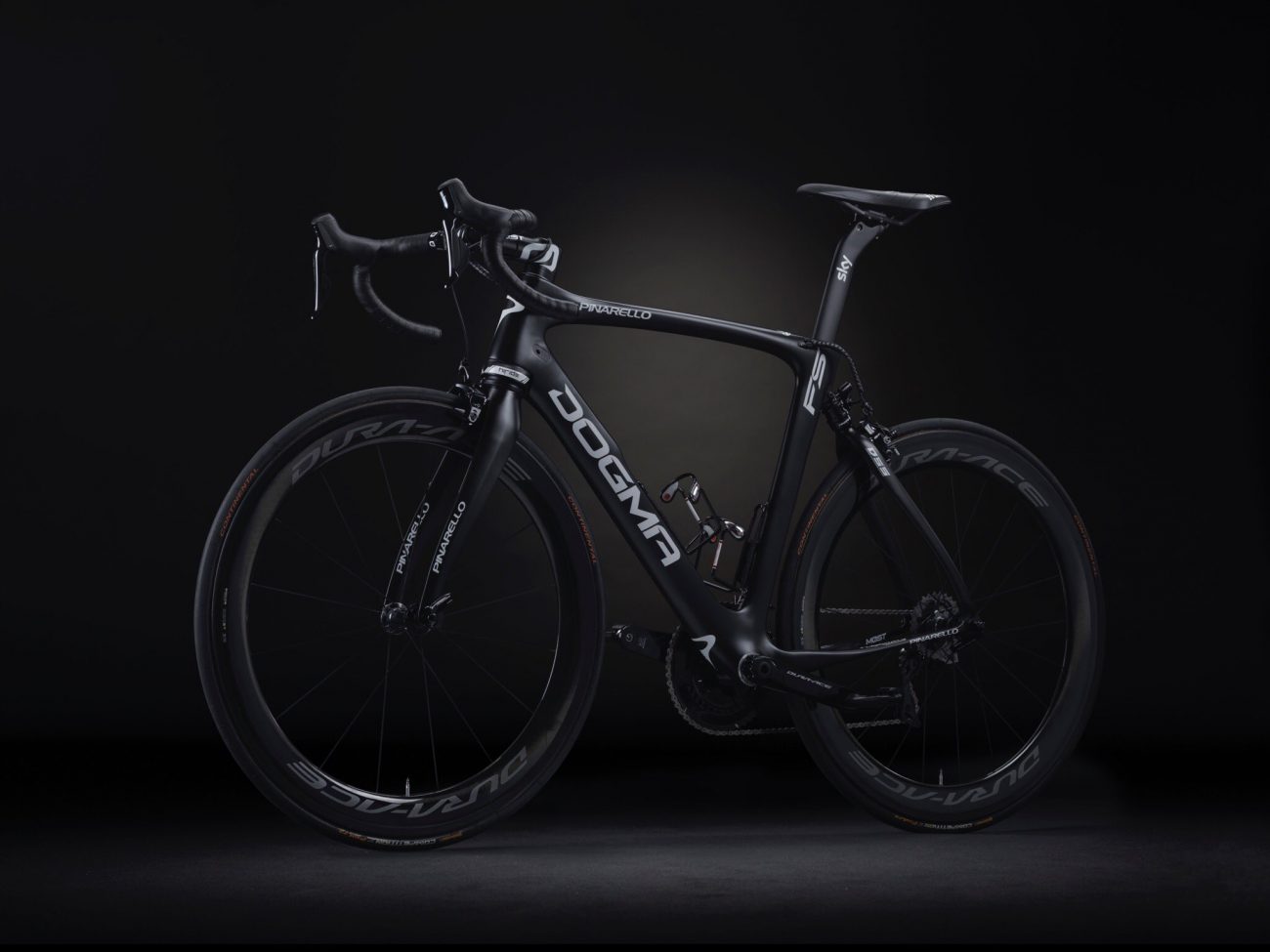 Pinarello has unveiled a new full-suspension road bike called the Dogma FS that will make its debut during this weekend’s Paris-Roubaix Classic under the auspices of Team Sky.

According to Pinarello, the new electro-hydraulic suspension system can provide up to 20mm of travel in the front and 11mm in the rear, which can be controlled either automatically or manually.

“The Paris-Roubaix is absolutely the race where the bike can take on a decisive role for victory or defeat. A gruelling race where everything is played on the deadly stretches of cobblestones, where the control of the bike is crucial. DOGMA FS represents the perfect combination between the best road frame on the market today and the best electronic technology at the service of a bicycle. The tests first in the laboratory and then on the road with Team Sky leave no doubt, Dogma FS is able to make the difference on this terrain, then as always sport teaches us, we need a bit of luck,” says Fausto Pinarello.

Pinarello says, their tests revealed that the new Dogms FS is a claimed 15-seconds faster through the Carrefour de l’Arbre cobble section of Paris-Roubaix compared to a traditional road bike, with an average absorption rate of 42% over rough terrain.

Unlike the previous K8 and K10S models from Pinarello that relied on a small suspension damper at the top of the seat stays with flexible pivot-less carbon chainstays, the new Dogma Smart Adaptive System (DSAS) now incorporates a front suspension system that works with a metal coil spring that’s housed inside the headtube.

From there, hydraulic damping controls the suspension, allowing the rider to adjust the amount of travel from “full” to “locked out” in order to suit the terrain.

In the case of the rear suspension, dampening is provided by a simple elastomer, wherein the electro-hydraulic system can again provide “full” or “locked out” travel based on the riding conditions.

Pinarello explains, when in automatic mode, both the front and rear suspension are adjusted via gyroscopes and accelerometers that can detect changes in terrain and adjust the suspension accordingly. As an option, the rider can also control the amount of suspension using the system’s control interface that’s located on the downtube. Moreover, the system can also be controlled using a smartphone thanks to a dedicated app, or with an app from Garmin used in conjunction with its Edge computer.

There’s currently no word on pricing or availability for consumers, but you can read more about the Dogma FS by visiting Pinarello’s website here.