Pope Francis Confers His Blessing on the Sport of Cycling 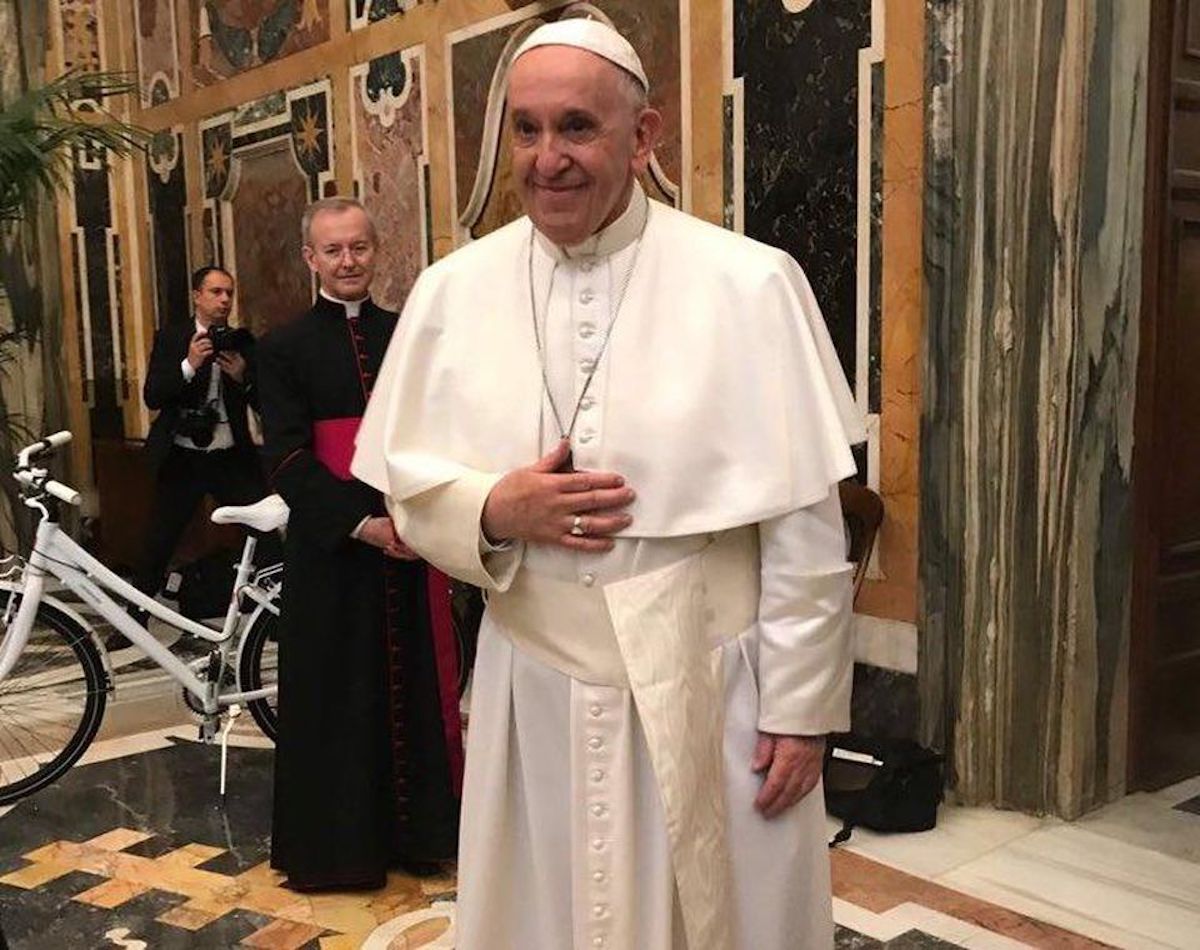 Pope Francis conferred his blessing on the sport of cycling at Clementine Hall in the Vatican Apostolic Palace in Rome today, after he was gifted a bicycle from the European Cycling Union (UEC) and Assembly of the African Cycling Confederation (CAC).

He said, “cycling is one of the sports that places emphasis on patience in effort, on long and difficult climbs; courage, in trying to breakaway or making a sprint; integrity, in respecting the rules; altruism and team spirit.”

Speaking of how it exemplified teamwork, he said, “if we consider road cycling we can see how the whole team works together during the races: the support riders, the sprinters, the climbers.”

“They often have to sacrifice themselves for the leader, and when a teammate experiences difficulty it is the other teammates who show support and accompaniment.”

“In life too, it is necessary to cultivate a spirit of selflessness, generosity and community in order to help those who have fallen behind and who need help to achieve a certain goal.”

“Many cyclists have been examples, in sport and in life, for their integrity and consistency, giving of their best in cycling.”

“In their careers they have known how to combine strength of mind and determination to achieve victory, but also solidarity and joy of living in bearing witness to having discovered the potential of the human being, created in the image and likeness of God, and the beauty of living in communion with others and with creation,” he continued.

But he cautioned that avarice in sport can also sacrifice morals, warning that when “sport becomes an end in itself, and the person an instrument at the service of other interests such as prestige and profit, then distortions appear that taint it.”

“I am thinking of doping, dishonesty, disrespect for oneself and one’s opponents, and corruption.”