Portuguese Cyclist Rides Solo to the Base Camp of Mount Everest 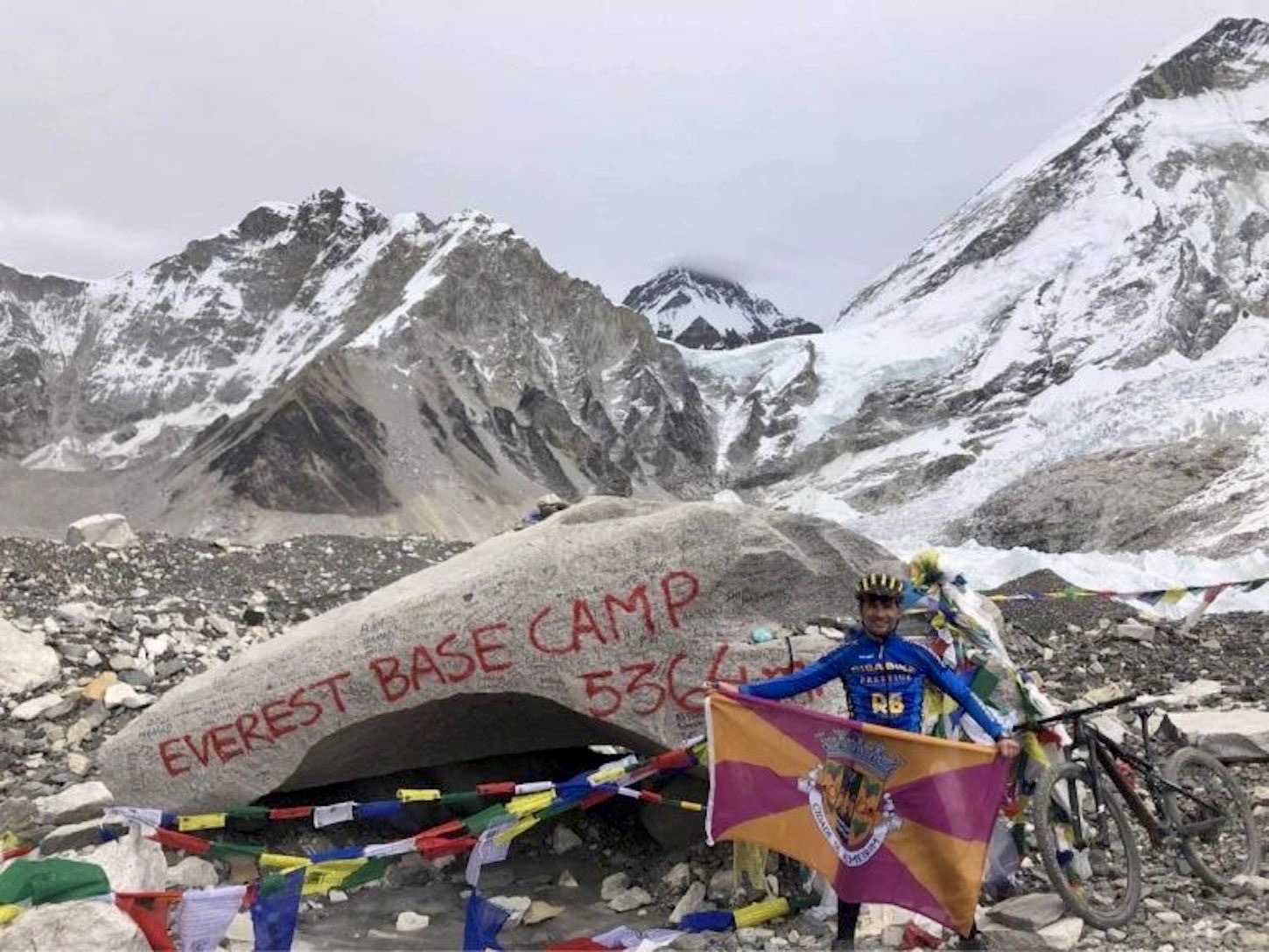 Instead of simply everesting from the comfort of an indoor trainer, Portuguese cyclist Pedro Bento has achieved a feat like no other, after cycling to the Base Camp of Mount Everest alone.

Located 5,356 meters up, the base camp of Chomolungma is still a long way off from the summit of the world’s tallest mountain at 8,848 meters. Still, Bento managed to complete the arduous task without any additional support in just 11 days,,a feat never before accomplished on a bike.

Bento told The Portugal News that he had to endure the sub-zero temperatures when cycling at night, while the difficult terrain meant he had to shoulder his bike over “rocks, suspension bridges and impassable bicycle paths.

Bento raised over €3,000 for the Dreams of Kathmandu and the Rainbow Volunteer Club project during his cycle to Everest’s Base Camp. The charities are aimed at providing better lives for children in the region, helping them to go to school and provide food for the neighbourhoods as well.

However, that claim is disputed, with extreme ultra endurance cyclist Omar Di Felice also achieving this incredible feat back in March.

Bento suffered considerable physical exertion on his way up the mountain, which ultimately caused him to be airlifted to a Kathmandu hospital from Base Camp.

He explained: “On the last day I got altitude sickness: headaches, vomiting, body aches, loss of appetite and I managed to make the remaining route eating just one KitKat, over two hours of climbing, with the oxygen levels in the blood to 62 per cent.”