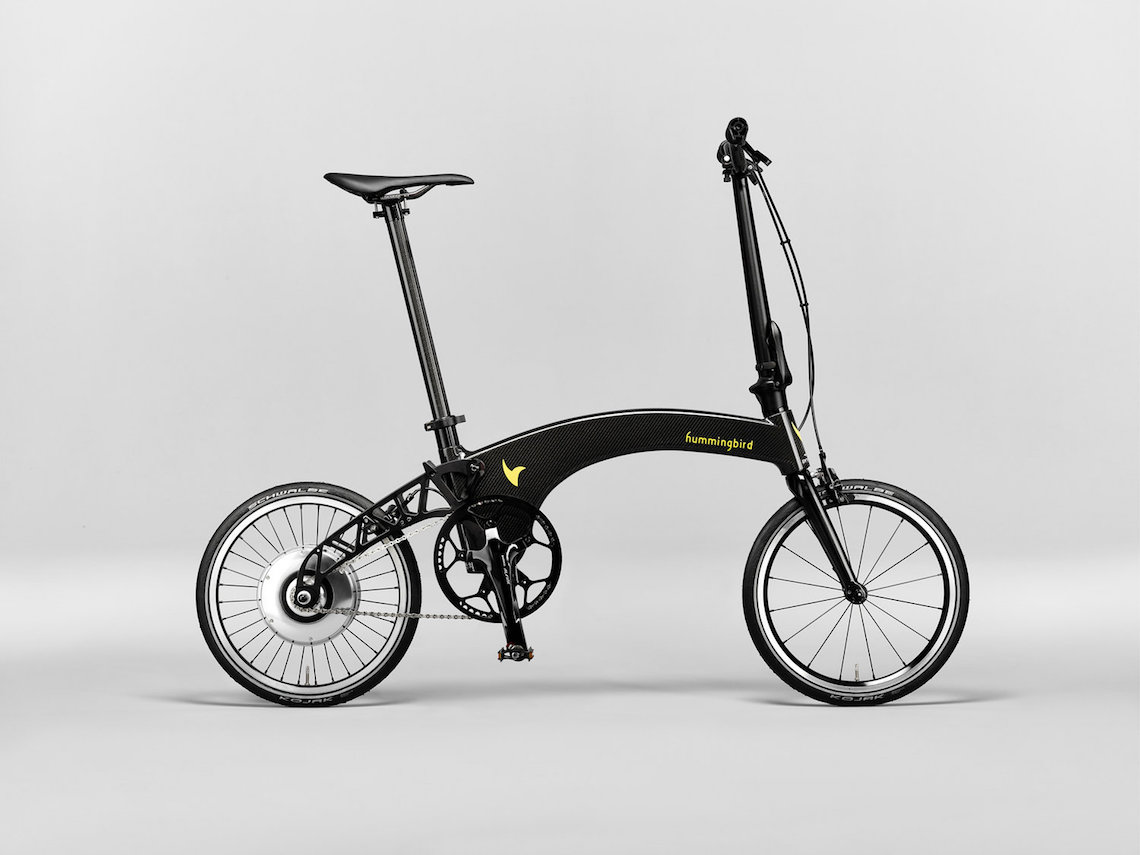 Regarded as the world’s lightest folding bicycle, Prodrive has given its poplar Hummingbird new flight with the addition of an electric motor, while still maintaining its feathery virtues.

However, Prodrive recently developed an electric assist version aptly called the Hummingbird Electric, which features a 250 W motor and a 160 Wh lithium battery that’s capable of propelling the new bike upwards of 15.5mph (25kph) with a travel range of 15+ miles (30km) on a single charge, while still maintaining an impressive weight of just under 23 pounds (10.3kg).

“We have spent the last year determining how to build on what we believe is already a truly remarkable product and the introduction of an electric model that weighs only 10.3kg is a break-through for the urban commuter. Hummingbird represents freedom; the freedom to come and go as you please, which you can’t do with many other models on the market”, said the company’s designer Petre Craciun.

According to Prodrive, the Hummingbird Electric’s drive system is contained in a discreet rear hub that measures just 180mm’s in diameter and 120mm’s thick, which can be fully charged in just two and a half hours.

Like most systems, the motor features a sensor that automatically detects the amount of assistance needed by the rider, delivering requisite power to tackle any kind of terrain or incline.

To engage the system, the rider needs to only reach 4mph (8kmph) and then back pedal three consecutive times, which in turn activates the electric motor and also turns it off automatically after two minutes of being stationary.

Additionally, the Hummingbird Electric also provides Bluetooth connectivity, so riders can connect their smartphone via the company’s dedicated app to access features such as online diagnosis, bike-oriented navigation, mobility stats and other social functions.

As a safety feature, the rear wheel can also be locked via the app in the event the bike is stolen.

Given its small size and reasonably good range of travel, the $6,000 (£4,495) Hummingbird Electric seems like an excellent option for those who have a commute that involves a mix of cycling, public transportation, staircases and pedaling/walking through tight spaces.