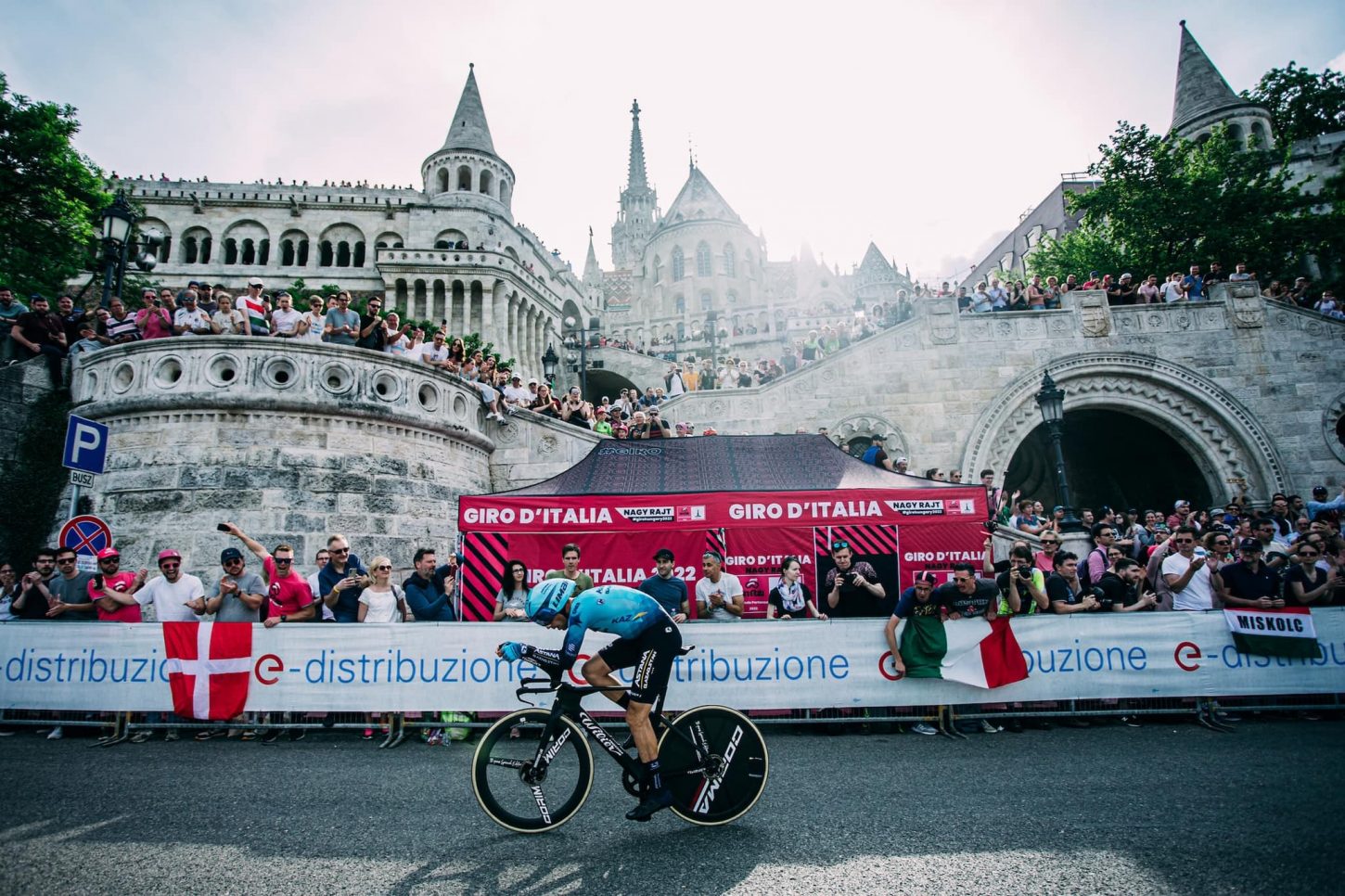 09 May 2022
By Campionissimo - In FEATURED ARTICLES, LATEST ARTICLES, THE DOUBLE DIAMOND

“The Turbine SLR is much faster on roads with slopes and continuous changes of direction, while less weight means greater acceleration,” claims Wilier.

While the front end of the Turbine SLR appears to be unchanged compared to the current model, featuring the same hinged fork and large, truncated aerofoil downtube, the new frame suggests the addition of proprietary carbon fiber time trial extensions, as evidenced by some of the Team Astana bikes.

Curiously, the team bikes appear to be fitted with Corima tubular wheelsets, an interesting choice given the ever-increasing trend toward tubeless-ready wheels, while the drivetrains reveal what looks be an optimized version of the CeramicSpeed OSPW system, complete with a carbon fairing that covers the rear derailleur pulley wheels.

It will be interesting see when the new Turbine SLR will make its official debut, and what the cost will be.