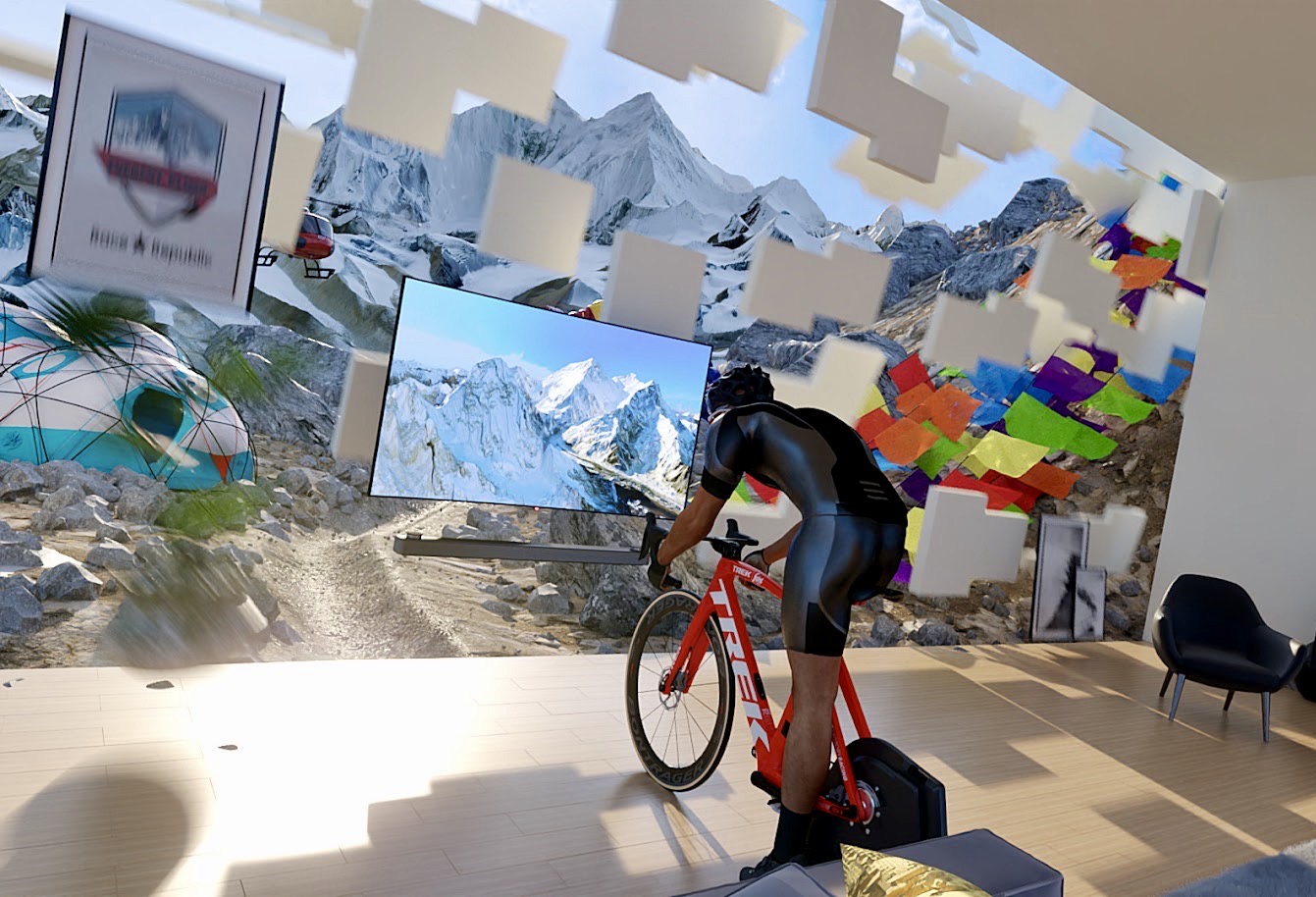 After much anticipation, Race Republic has launched its Virtual Everest Summit Challenge taking indoor cyclists on a photo-realistic journey up Mt. Everest.

Everesting has become a pandemic pastime for many cyclists, a way to challenge themselves and push the limits close to home. Race Republic aims to shake things up with their virtual Everest Challenge – pushing riders to attempt something no one has done, summit Everest by bicycle in a single shot, straight uphill,” says Race Republic.

At 29,032 feet of vertical gain over 100 miles at an average grade of 6%, it’s a cycling workout like no other. The course is an accurate virtual route up Mount Everest, with stunning graphics. You’ll climb to base camp, traverse the Khumbu Icefall and make your way to the summit. The ability to toggle gradient allows each rider to fine-tune the event to their energy level and fitness.

Everesting was formerly a niche in cycling, but socially-distanced rides early in the pandemic became a perfect venue for the challenge.

“Non-Virtual Everesting takes place on a suitable road which is climbed then descended enough times to reach the necessary vertical ascent. A first of its kind, with the Everest Challenge – you’ll be climbing the whole time with zero downhill,” explains Race Republic.

Race Republic will be offering an equal purse $5,000 cash prize for the first man and woman who break the existing record.

The current women’s world record is 8:33:47, men’s record is 6:40:54. Official guidelines are available at the Race Republic website.

Cyclists interested in the Everest Summit Challenge can register here.