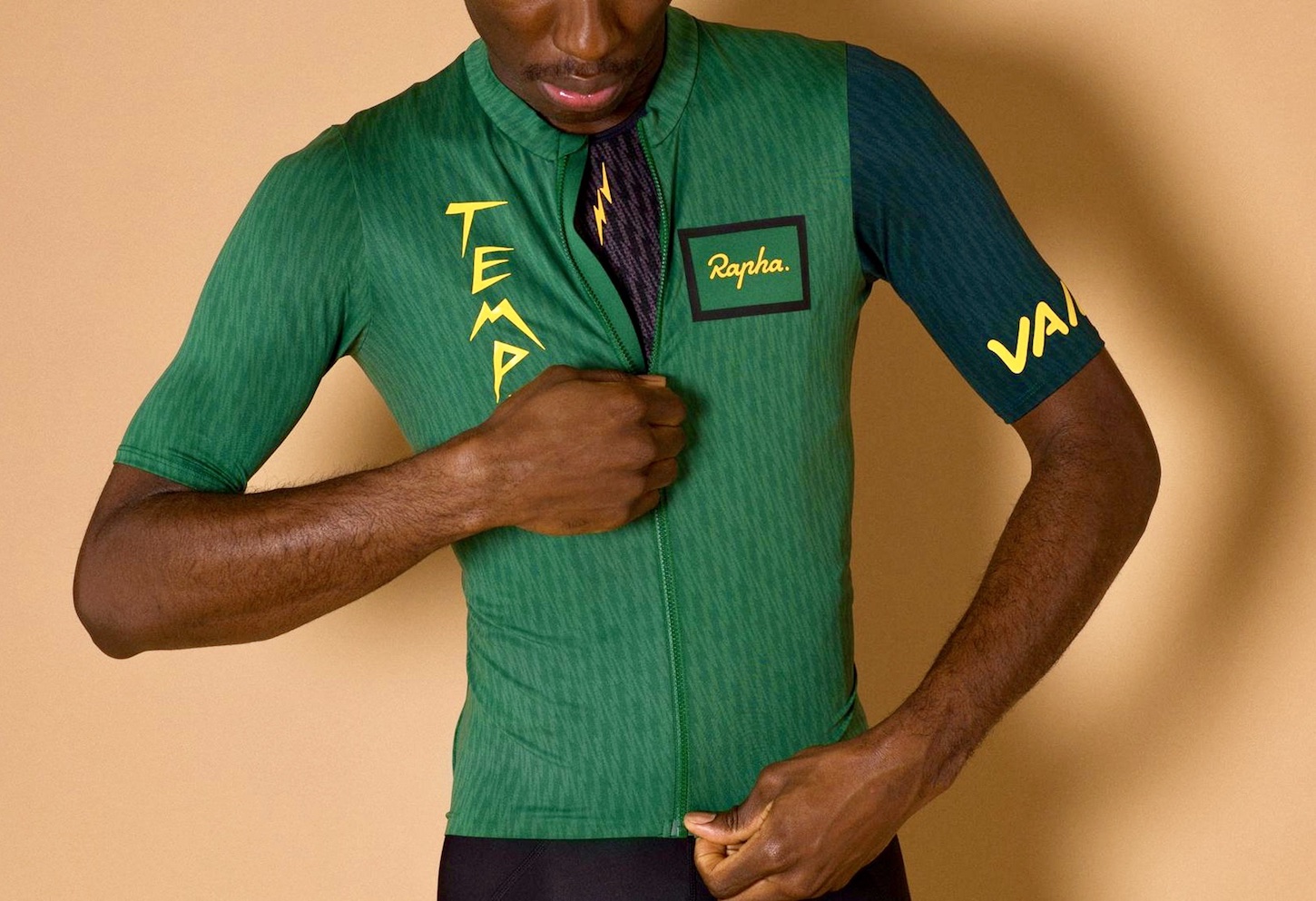 From New York City bike messenger to hero of road and track, the story of Nelson Vails is one of cycling’s most vibrant.

In honor of The Cheetah, who captured the imagination of a generation of cycling fans with a string of thrilling victories in the ‘80s and early ‘90s, Rapha has launched a Special Edition Nelson Vails Collection.

Vails was the first African-American cyclist to win an Olympic medal, earning silver in the match sprint at the 1984 games in Los Angeles. He was inducted into the cycling hall of fame in 2009 and has remained a prominent figure since retiring, frequently commentating on televised races.

Using the Toga Tempo Thunder Bolt deep green-and-gold color scheme as a palette, we’ve incorporated a thunderbolt logo onto each item in the collection, and created a Tempo logo for the jersey and bib shorts.

You can see the Nelson Vails Special Collection by visiting Rapha’s website here.