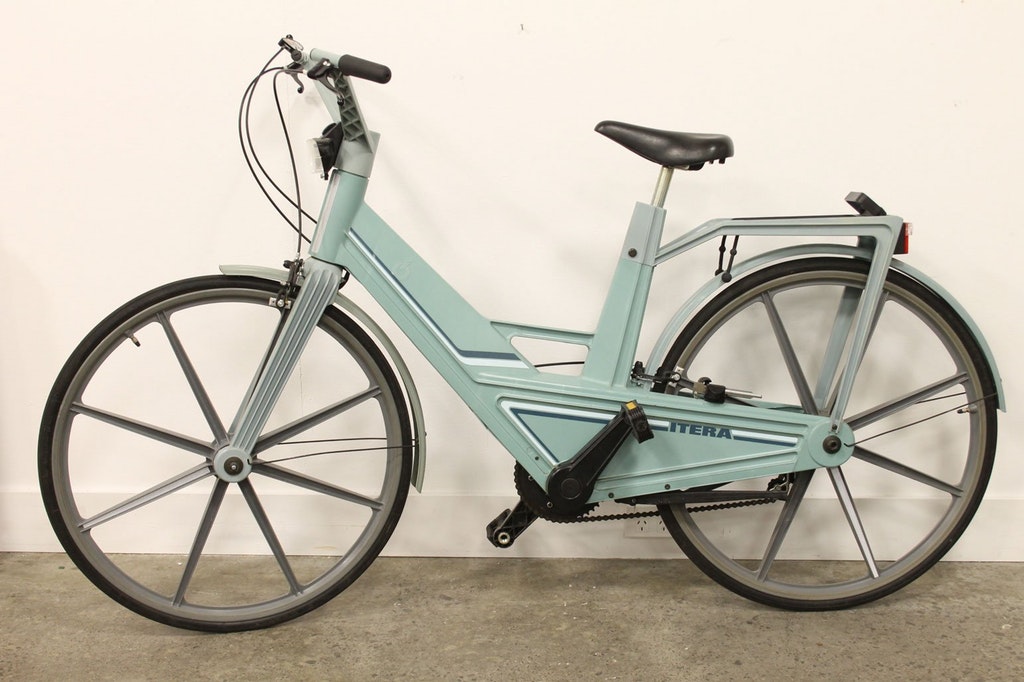 A rare all-plastic bike has been reported stolen from the Bakelite Museum in West Somerset, UK.

While your mother and grandmother might cherish their 1950’s Bakelite bracelets, rings and jewelry, not to mention current-day hipsters and millennials who scour flea markets and fairs far and wide in search of these plastic gems, not everything Bakelite was a success.

However, that didn’t stop thieves from stealing a rare Itera bike from the Bakelite Museum this week.

While the bike is famous, it’s not for all the right reasons, according to museum owner Patrick Cook.

The first ‘all plastic bicycle’, the Itera recently featured on BBC News as one of the ‘50 greatest failures’ exhibited at the Museum of Failures Exhibition in Sweden.

Cook, who lives above the museum, said: “I was shocked when I came downstairs to find items missing from the museum.

“It had been a windy night so I must not have heard anything but the door was broken.”

“They must have been desperate, they even tried to steal some of my artwork as well,” Mr Cook aid.

First produced in 1982 by the Swedish car company Volvo, the Itera bike was famous for failing on a number of counts.

“The Iteras were sold in kit form but a large number of the kits were packaged incomplete and returned to suppliers,” Cook said.

“Because of the nature of the materials, various parts would stress and crack, including the handlebars and spokes, and the bike was being renowned for being too heavy and incongruous in design.”

Cook picked up his bike for museum from an auction Beaulieu National Motor Museum and it is now thought to worth up to £300.

He said the item always attracted a lot of interest at the museum, particularly with visitors from Germany and Holland.

Cook appealed for anyone who had seen the bike to get in touch.

“Keep your eyes peeled for a strange plastic bicycle, possibly abandoned as it would be too difficult to ride,” he said.

“Although mass-produced, this one has a number of identifying features and was recently been restored.”