Highlights from the 2016 Rás Rumhan 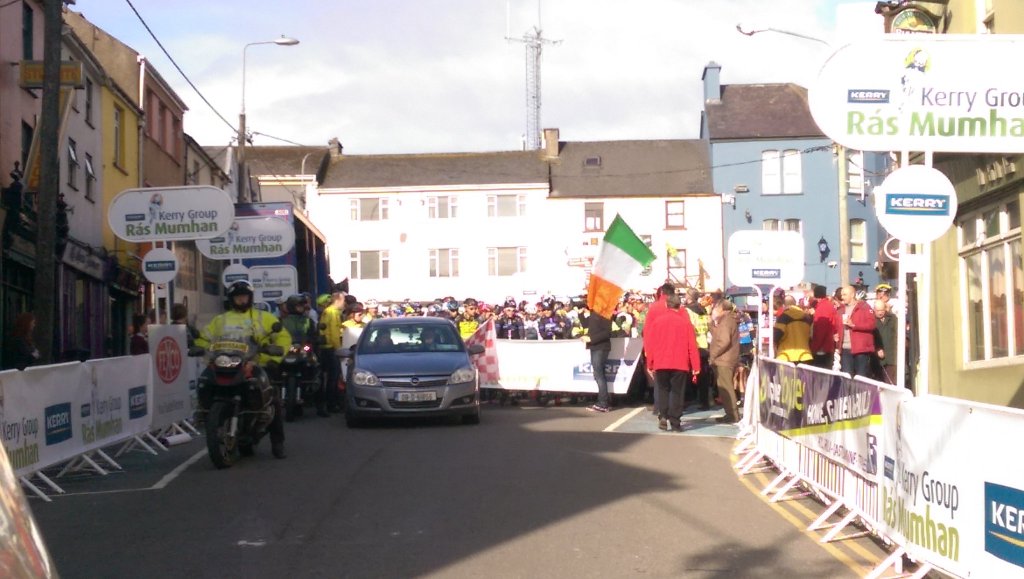 The Rás Mumhan is one of the premier cycling races in Ireland, run by Killorglin Credit Union Cycling Club and takes place in and around county Cork and county Kerry. With Killorglin as its base, it passes through some of the most stunning scenery and demanding terrain in the region. The Rás Mumhan, the first major Stage Race of the Irish Cycle Racing season, is a four day stage race, covering over 500km, took place Easter weekend from March 25th to March 28th. With over 30 teams represented and 180 riders signed on at the start line the course is once again unapologetically long and hard.  The general race plan includes a demanding opening stage of 105km, through narrow hard roads and long straight dead drags. Stage two was a day for the climbers which spanned 144km and six category climbs. The third Stage, the classic South Kerry stage, totaling 135km, retains its place as the race centerpiece of the race as half of the route runs within a mile of the sea so wind and weather conditions play a big role in determining the difficulty of this stage. The final day, 117km in length, is tailored for the sprinters and includes nine laps around the very spectator-friendly circuit that always attracts big crowds into Killorglin town.

Stage One victor was 20 year old Chris McGlinchey of the Ireland Development Team. He was part of a nine man group that dominated the stage. McGlinchey outsprinted Daire Feely Team ITAP with 2014 winner Mark Dowling of ASEA Wheelworx next over the line in third place.

Stage Two: Chris McGlinchey of the Ireland Development Team retained his overall lead of the Kerry Group Ras Mumhan after stage two today. A great day’s racing in atrocious conditions failed to dampen the competitors in Counties, Kerry and Cork with a start and finish in Kenmare over 145kms. But, McGlinchey’s overall control was in doubt right up to the final kilometers. Bryan McCrystal of Team ASEA/Wheelworkx claimed the stage win, but he was denied the leaders jersey. McGlinchey closed down on McCrystal who had made a break from the leading break with 35 kilometers to go. With ten kilometers to go it looked as though McCrystal was heading into yellow but McGlinchey denied the former Leeds United footballer when he cut back the advantage from a from a one minute lead to a matter of seconds on the line.

Stage Three: Hardman Anthony Walsh of Aquablue won the third stage of the Kerry Group Ras Mumhan which started and finished in Waterville on a magnificient and scenic course in South Kerry over 135kilometers. Walsh outsprinted Daire Feely of Team ITAP in three hours, 30 minutes, and 45 seconds. Third place was Mark Dowling of ASEA/Wheelworx at 22 seconds. Dowling was first rider over the category one climb at Coom  An Easpaig, 30 kilometers from the stage end.