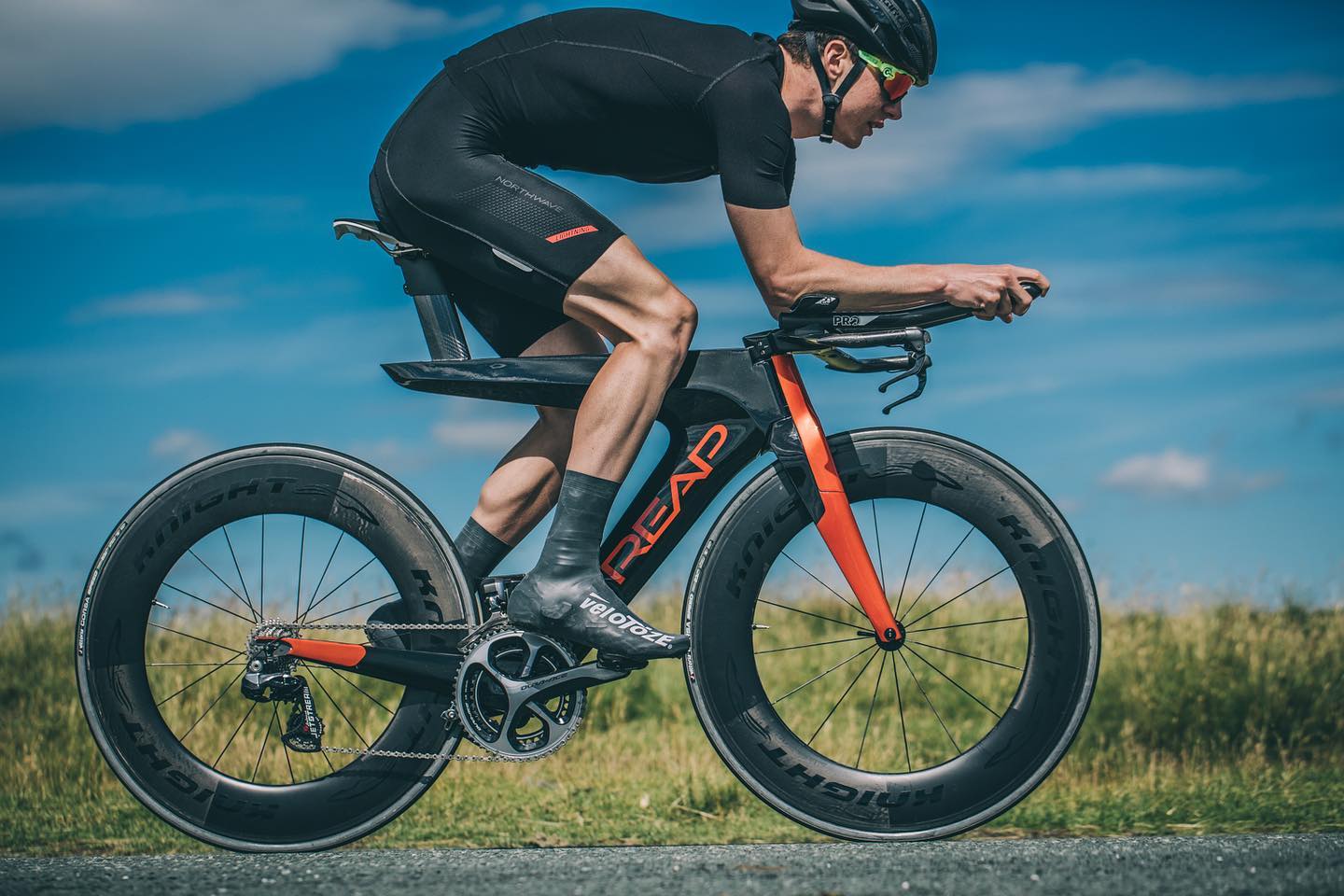 REAP is dazzling triathletes with the launched of new Vulcan triathlon bike, calling it the next generation “Hyperbike” that’s “outright the fastest bike in the world in wind tunnel testing“.

The Vulcan name pays homage to Britain’s history of aerospace engineering and reflects a shared ambition. The Avro Vulcan was a pioneering strategic bomber introduced in 1956, the early jet era. It combined speed and range with a high payload and became an icon for its radical delta wing shape.

The British bike brand explains that its previous Generation 1.0 model paved the way for the Vulcan, with its radical beam frame carrying over, wherein the beam, or V-frame, design eliminates the seatstays and seat-tube and their associated drag.

While the overall concept has been seen in triathlon before, right back to the Zipp 2001 from 1992, REAP added that its development work with the UK’s leading computational fluid dynamics (CFD) expert, TotalSim, pushed performance to new heights.

REAP Bikes founder and MD, Martin Meir, said, “the Vulcan is the result of our tireless pursuit of total system perfection. Our first bike, the Generation 1.0, focused on aerodynamic performance and tested as the fastest bike in the world.

“The Vulcan is all about details – precise positioning, efficient storage, and the most advanced cockpit ever seen on a production bike. REAP is a small brand but we’re able to punch above our weight thanks to our engineering expertise, race experience, and close relationships with our athletes.”

Three top triathletes are already confirmed to be racing the REAP Vulcan in 2021: Elliot Smales, Fenella Langridge and Tom Bishop. Further signings are expected over the off-season.

REAP athlete Elliot Smales said, “I cannot wait to race the Vulcan. I’ve loved competing on the super-fast Generation 1.0 bike and the developments made by REAP in the Vulcan look really exciting because everything is so athlete-focused. I was really happy to contribute some feedback to the development process and even happier about what REAP came up with. The Vulcan looks amazing.”

Integration also played a key role in developing the Vulcan, which features REAP’s fully integrated and adjustable cockpit, alongside an innovative storage and hydration system.

The Vulcan is available to order now, with deliveries starting in January 2021. Pricing is as follows:

Key features of the Vulcan: