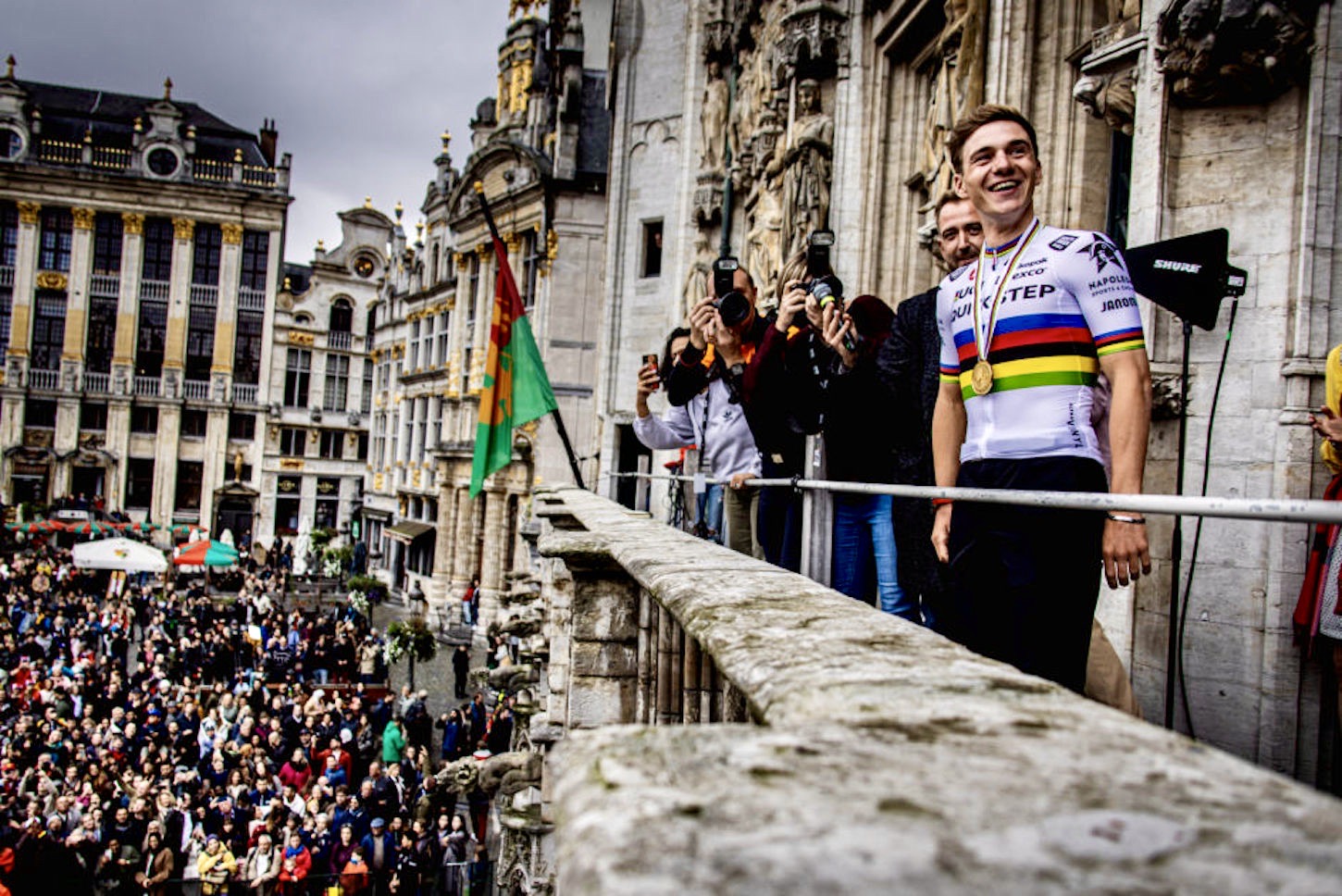 Remco Evenepoel became the first Belgian in more than a decade to receive the Vélo d’Or, the award won since 1992 by some of cycling’s biggest names, including former Wolfpack riders Tom Boonen (2005) and Paolo Bettini (2006), and current Quick-Step Alpha Vinyl member Julian Alaphilipe (2019).

Evenepoel had a stunning season, winning a total of sixteen races and bringing Belgium its first Grand Tour in 44 years. By triumphing at Liège–Bastogne–Liège, Vuelta a España and the World Championships, Remco wrote history as the first male rider since 1980 to take a Monument, a Grand Tour and the rainbow jersey in the same season – an outstanding feat for the young Belgian in just his fourth season as a pro. “It’s a great honor to win the Vélo d’Or”, said the youngest rider in history to win this prestigious trophy

“Especially so early in my career, because in my opinion it’s the most important prize in the sport. It’s a reward for the entire season. When I was still playing football, I was fascinated by the prestige of the Ballon d’Or. Actually, the Vélo d’Or is the Ballon d’Or of cycling, and that link resonates a bit with me.”

“I talk a lot about football with Oumi’s brothers. Her eldest brother is a Real Madrid fan, and he went crazy when Benzema was awarded the Ballon d’Or. We said laughing then that I would be the future Ballon d’Or of cycling and I’m happy that this became reality now”, added Remco, who picked up in the off-season also the Kristallen Fiets and Flandrien trophies in recognition of his stunning campaign.