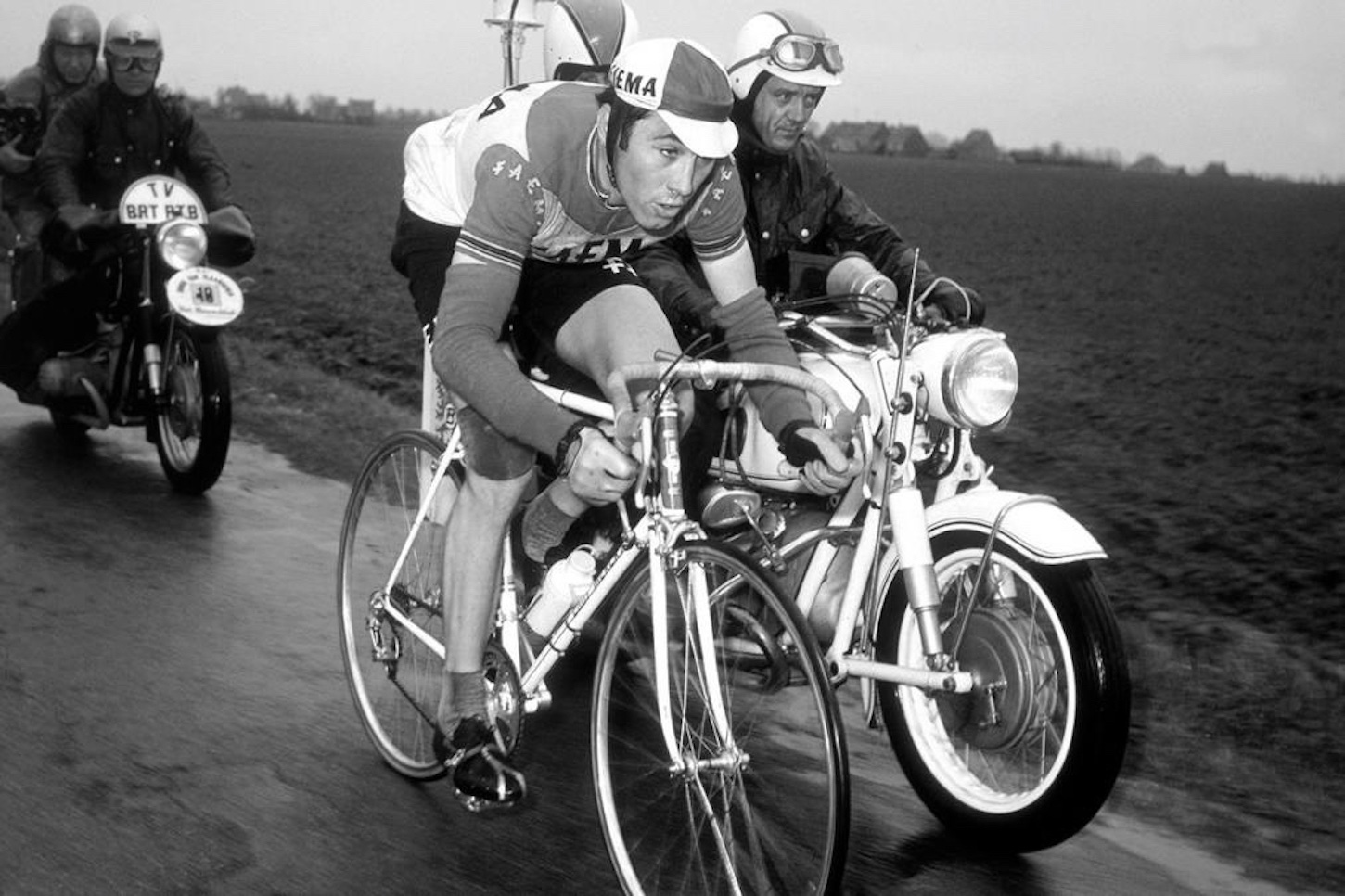 On Sunday March 30, 1969, Eddy Merckx finally won the Tour of Flanders. The Cannibal was not even 24 years old but he was already a pedalling legend. As he tackled his fifth season as a pro, a victory in his home Monument felt somehow overdue for the Belgian champion from Woluwe-Saint-Pierre, some 60km away from Gentbrugge, where the finish of the Ronde was celebrated before it was moved to Meerbeke in 1973.

Merckx’ palmares was already impressive enough to make him one of the greatest ever with triumphs in the UCI World Championships, the Giro d’Italia, Paris-Roubaix, Milano-Sanremo on three occasions, and more victories in Belgian Classics such as the Flèche Wallonne and Gent-Wevelgem in  Flanders Fields. But Flanders’ main event was missing from his winning list and it was a problem in a region where a cyclist’s worth is first and foremost evaluated on the Ronde.

The Tour of Flanders is always preceded by intense debates about the local favorites and Het Nieuwsblad, the newspaper behind the race, even dared to doubt Eddy Merckx’ abilities in its preview of this 53rd edition. They were dismissing a major rule: one should never bet against a champion, as the rising star went on to brilliantly demonstrate on the Belgian roads.

“I think the relief was bigger for the organizers than for me,” Merckx taunted after delivering a riding masterclass. “This is my fifth year as a pro rider. I’ve won almost every Classic. Van Wijnendaele [Karel, founder of the Ronde] and co started to wonder if I’d ever win theirs!”

While the Cannibal bragged about his omnipotence, the French-language Belgian public service television RTBF pondered this Flemish truth: “In Flanders, you only become a prophet in your own land once you’ve won the Tour of Flanders. It’s done with the miracle of the multiplication of the gaps: 5 minutes on Gimondi and 8 on Basso and Bitossi.”

On that last Sunday of March 1969, the Flemish sky matched Merckx’ dark eyes. The wind was blowing from the north and carrying heavy clouds unloading a sleety rain. As the riders lined up in Gent, Merckx was under pressure.

“There was only one thing that mattered for me: to win the Ronde,” he later said in an interview with the race organizers. “I was quite nervous at the start. Something had happened to me in all of my previous participations: I crashed in 1966, Gimondi and Zandegù prevented me from breaking away in 1967, and the weather was great in 1968 and it was impossible to make it hard in the race.”

Five decades later, his memories are as sharp as his pedal strokes from the time: “After 28km of racing, there was a big crash involving many participants, including the winner of the 1968 Ronde, [Walter] Godefroot. There was a group of barely 28 riders remaining.”

That was still a very long way to go through Flanders and over climbs such as the Bosberg, the Oude Kwaremont and the Muur van Geraardsbergen. But Eddy Merckx was on fire, flying through the wind and the raindrops to ride away from everyone with 70km remaining.

For modern fans used to hearing the legend of the great Eddy Merckx it might seem business as usual, but this assault looked like the act of a madman. His Sports Director Guillaume Dreissens spoke to his rider… and called him crazy, demanding that his champion sit up and wait for the pack chasing behind him. Merckx didn’t care. He’s not a madman, he was a superman on a mission.

“What else could I do?” he pretended to wonder afterwards. “Stay in the group and do all the work on my own while the others found shelter behind me? The bunch was right behind us… If I wanted to win, I had to give it everything. But I’m not saying it was easy. 70km, that’s a lot. From Ninove to Nederbrakel, it was a headwind. But I kept going and I had a good lead in the end.”

Merckx had already had time to freshen up when Felice Gimondi crossed the line with a deficit of 5’36”. His Italian compatriot Marino Basso was the fastest in the first chasing group, trailing by 8’08” as he finished third in a historic edition: no-one had opened such gaps since the end of the War, and no-one has ever since.

“We know with certainty that we will never have the opportunity to cover another ‘Ronde’ like the 1969 edition”, wrote the Het Nieuwsblad, now fully devoted to Merckx: “We have loved Eddy like a bike rider has never been loved before. Let’s imagine to have hugged him at the finish.”

Flemish enthusiasts had to wait six years to see Merckx win the Ronde again, in 1975, after a 100km breakaway with his compatriot Frans Verbeeck. The Belgian superstar rode his home Monument 12 times in a row, from 1966 until 1977.

In that last outing, he went again for the long-range attack but eventually abandoned the race while the main highlights focused on the rivalry between his compatriots Roger De Vlaeminck and Freddy Maertens. Merckx was on the decline but no-one, anywhere the world, could contest his place in cycling history.