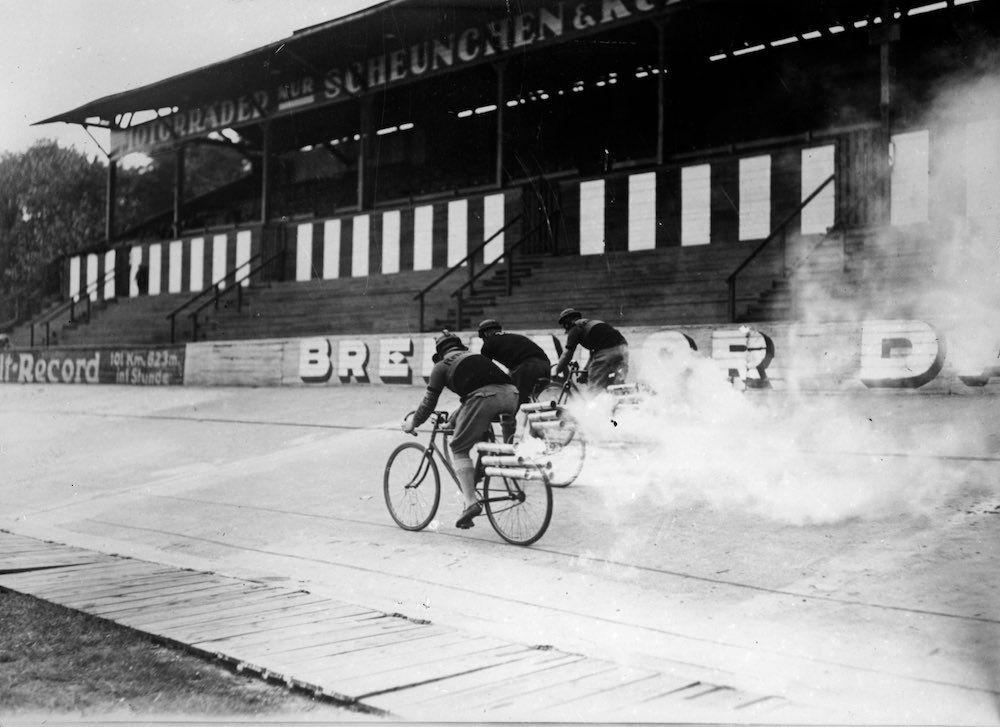 There must have been something in the air during post World War I in Germany that left scientists fascinated with rockets.

Indeed, after The Great War rocket propulsion found its way into everything from airplanes, to boats, motorcycles and military weapons, including such mundane things as roller-skates and bicycles.

In 1931, German engineer Herr Richter created his infamous Raketenrad (rocket bike), after adding 12 solid-fuel rockets to a bicycle that were ignited via a large battery.

Accounts vary as to what happened; but according to one report, everything went well until Richter reached 55 mph when he lost control and was thrown from his bike at Avus race track in Berlin. Miraculously, he was not seriously injured.

It remains unknown if Herr Richter made a subsequent attempt with his Raketenrad, as the science of solid-fuel rockets declined considerably in Germany during 1930s due to the discovery of liquid-fuel propulsion pioneered by Walter and von Braun, which led to the German Me-163 Komet, Walter RATO (Rocket-Assist Take-Off) units and the mighty V-2 ballistic missile.

Not much is known about Herr Richter after his ill-fated rocket bike attempt, but certain that it is, his scientific daring paved the way for later attempts.

For instance, François Gissy set a new world record when he reached 207 miles per hour (333 kilometers per hour) on a so-called rocket bike at a racetrack in Marseille, France in 2014. It took less than five seconds for his rocket bike to reach its top speed.

Gissy’s bike was equipped with a concentrated hydrogen peroxide rocket attached at the back that was designed by the Swiss scientist Arnold Neracher.

Since then, the French daredevil has been developing a new rocket bike that will run on a mixture of hydrogen peroxide, along with either vegetable oil or kerosene, which he hopes will be able to reach a speed of 250 miles per hour or more.